Introspective women by Jocelyn Hobbie at Fredericks and Freiser Gallery

Photos are courtesy of Fredericks and Freiser Gallery 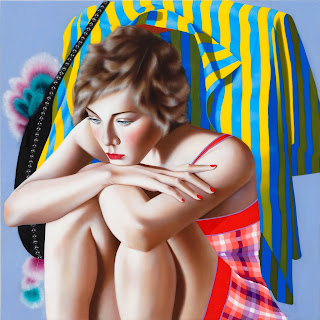 In previous reviews of her work, in years past, art critics have pointed out an influence on Hobbie's work of the New Objectivity artists, who worked in Germany between the end of World War I and the rise of the Nazi government. 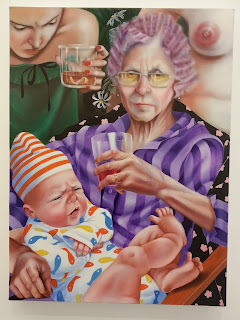 When I walked into Fredericks and Freiser I detected the influence of Weimar artists too, but I think that Hobbie's work also stands apart from this influence on many levels. And, although Hobbie's work might have been influenced by artists from a different time and social context, it's highly relevant as a contemporary statement on the lives of young women in America and how they are adjusting to or questioning the demands that are being placed on them. 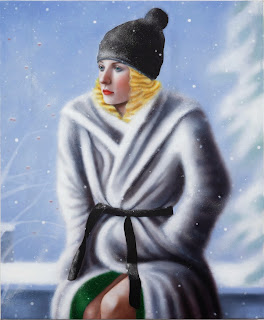 In this latest show by Hobbie, all of her women are decidely introspective, looking inward, not even aware of the viewer.  By altering the subject's gaze away from the viewer, and into the subject herself, the viewer is given license to become a type of judge/voyeur.  The artist is, in fact, inviting some type of admiration for the physical beauty of the subject as well as a judgment concerning the lifestyle of the person being represented. In many of Hobbie's pieces we see very young, attractive women surrounded by and garbed in the trappings of a contemporary consumer culture.  They are literally in their own little hedonistic worlds engaged in some deeper contemplation. 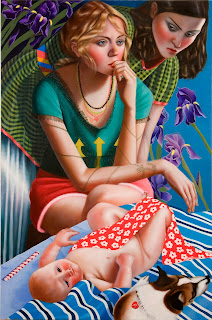 This piece is called "Infant."  We see one of Hobbie's typically introspective girls but the painting is also filled with ambiguity and possibilities for interpretation.

The blond woman wears a trident on her tee shirt and bears an anchor tattoo. The trident was a symbol of the god of the sea in ancient Greek mythology but also seems to be a symbol of mortality due to the three points it possesses (the number three seems to represent Becoming, Being and Death).  The anchor was (as well as being associated with the sea) an ancient Christian symbol that secretly revealed the crucifix.  The crucifix, of course, secretly revealed the ancient symbol or ideogram for a tree.  A tree, in ancient cultures, was basically a bridge between the earth and God.  We also see that the genitals of the baby have been discreetly hidden so that we do not know the sex of the child.  We see a dark haired woman staring at the blond woman.  The flowers might represent a life in full bloom but why is the dog lying next to the child and why does the dog have the letter 'P' on its chain?  The letter 'P' was called 'Chi' in the ancient Greek language and was half of the 'christogram' Chi Rho (PX) a way Christians represented Jesus Christ. Could this be a key to understanding the symbolism? 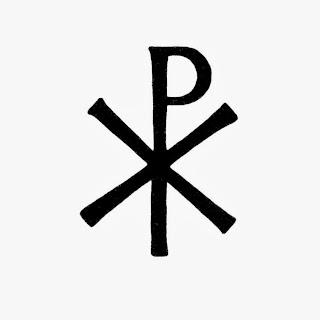 Here is a public lecture Jocelyn Hobbie once gave (it's very interesting):
http://vimeo.com/51969621 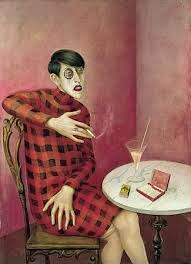 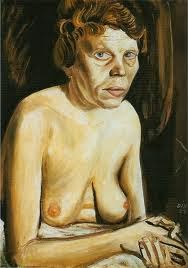 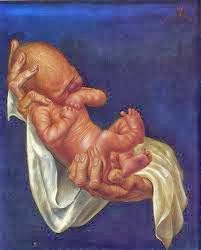 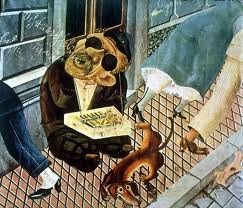 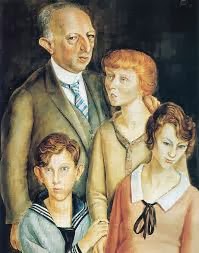 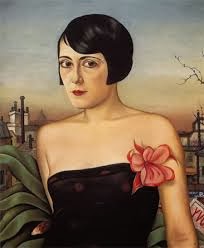 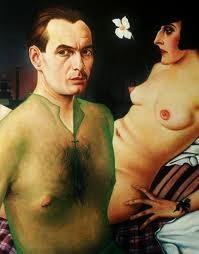 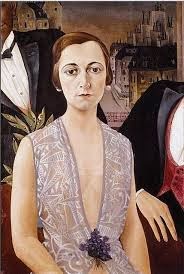 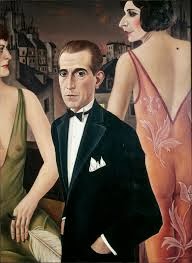