Kyoshi Nakagami's experiments with light and darkness at Galerie Richard

In his show at Galerie Richard, we see that Kyoshi Nakagami is doing something really unique with light. 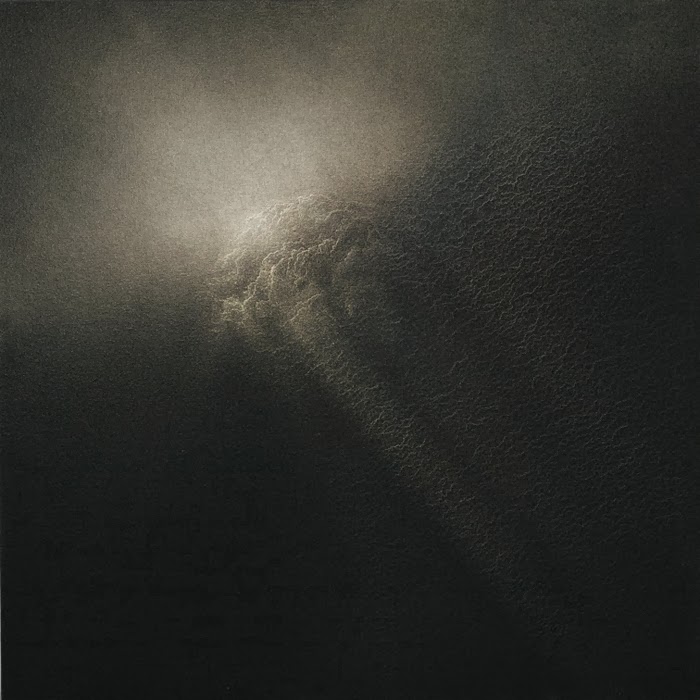 He’s no where near to using the usual way that light is revealed in a painting in the western tradition. Of course, this would be expected from someone who has been classified as a ‘Nihonga’ artist – someone who deliberately hearkens back to a non-western, more purely Japanese style.  Nihonga art, apparently, strives to reveal ‘essences’ and not outer appearances.

What he does with light, though, goes even beyond the Nihonga tradition.  He shows those qualities and aspects of light, in itself, that allow it to become meaningful to us on a deeper or symbolic level.  He shows us what it is about light that makes light such an important symbol in our religions, mythologies and philosophies.  Basically he seems to be saying “This is the essence of how light is most meaningful to us”  – and he further plays with light and darkness to tweak this “archetypal” relationship and make it more direct and engaging to the viewer. 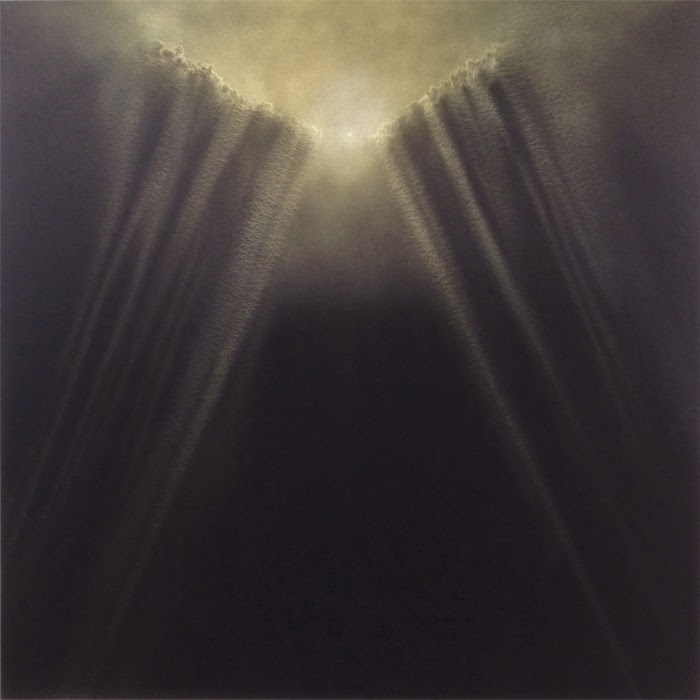 How has light usually been revealed in western art?  Well, to cite two famous examples we can think about Vermeer revealing light as an aspect of a particular moment as it floods through a window and fills up a room.  Light, in this case, brightens everything to a super-clarity. Light magnifies the transience of the moment.  Monet often showed light during the course of a day.  The intensity of the light was purely dependent upon the passing of time.  Nakagami is, however, painting a type of pure light in itself, not reflected off of any real, physical surface. It is not light attached to a specific time or place.


You could almost say he’s painting light as a concept. He’s painting what we tend to do to light to make it more meaningful to ourselves.  This is not natural light in a natural environment.  The darkness is not an absence of light, but an actual type of frothy gunk, sometimes columns of frothy gunk, that is illuminated, parted, dispersed.  Yet, to say that he’s painting a concept of light is also misleading because these paintings grab you on a deeper level. 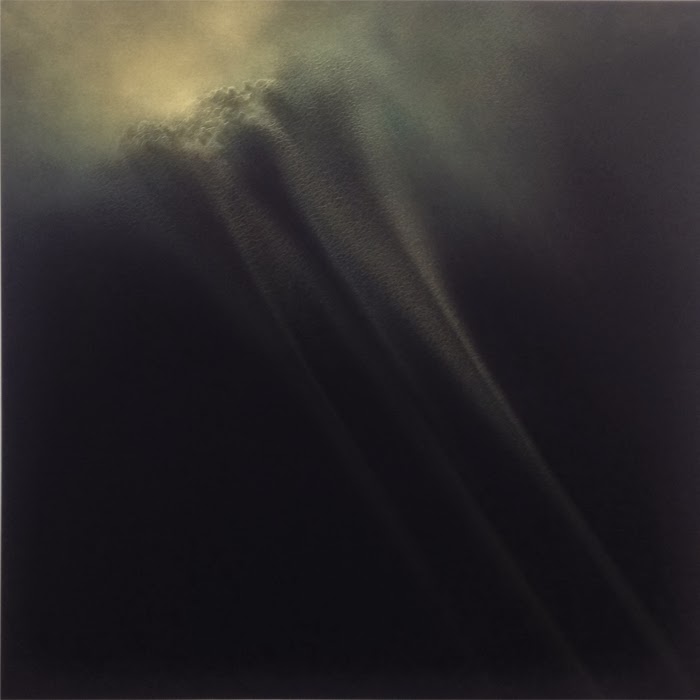 What he does to this basic contrast of light and darkness allows for such an immediate engagement that one does not waste time conceptualizing. Susan Sontag warned against interpretation since it tends to divorce one from the piece of art. These paintings do not even allow you to intellectualize them.  Like the best works of abstraction, they resonate with you and you grasp the deeper meaning the artist is shooting for without over-intellectualization. If you can go to Galerie Richard and stand in front of one of these paintings in silence, I believe you will feel a meaningful engagement with this work.  Light and darkness is such a primal form of symbolism, that with Nakagami’s tweaking, you get that mountain-top ‘a-ha!’ feeling.


In the notes to the show, Galerie Richard points out that if these light paintings were vertically rectangular, they would be interpreted as religious in orientation, and if they were horizontally rectangular, they would be misconstrued as landscapes.  Nakagami’s work definitely does stand in between orthodox religion and insipid secularism.  It’s an attempt at a reconnection with nature as a source of spiritual self-understanding.  You see something ‘natural’ that compels you to recognize a parallel with your own deep, inner experiences.  In the past, before cities, people sought out  ‘sacred’ places based on salient geological features.  Nakagami creates a type of super-nature that provides a sacred experience on a canvas for the viewer.  The light in his paintings cannot be facilely ‘conceptualized’ as ‘the truth.’  We see a process in the outer world that mirrors one in our inner lives and which remains unarticulated.  The light is a component of this process.  Is the light dispersing the clouds of darkness?  Is it merely illuminating the clouds so that we see our own inner ‘dark-matter’?


Galerie Richard has distinguished itself again as one of Manhattan’s more cutting edge galleries for the latest experiments in abstraction.
Posted by Daniel Gauss at 12:41 AM