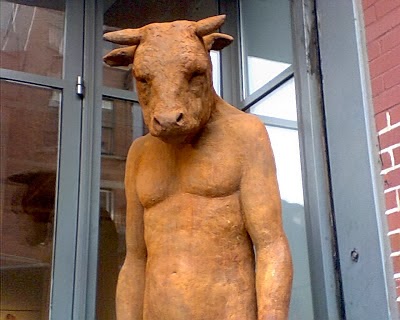 As far as I can tell, Rousseau was the first philosopher to point out that humans differ from animals in their awareness of their own mortality.  Perhaps a more significant difference is that, unlike other animals, we kill with compunction.  When the cheetah runs down its prey and devours it, it relishes its meal and does not give second thought to the chase.  The cheetah blindly and blithely accepts this aspect of nature.  We question it.  In fact, it bothers us deeply.

Indeed, the origins of human religion, in shamanism, often involved a spirit journey in which the shaman negotiated and reasoned with the leader of the animal spirits to sanction the process of hunting.  It was necessary to get the approval of the animals themselves before hunting could occur and then it was necessary to pay homage to the animal that was killed for its benevolent sacrifice. There is something inside of us that both morally rejects and accepts this basic process of nature (at the same time), and in some of Beth Carter’s pieces, she highlights this type of ambivalence in an amazingly engaging manner. 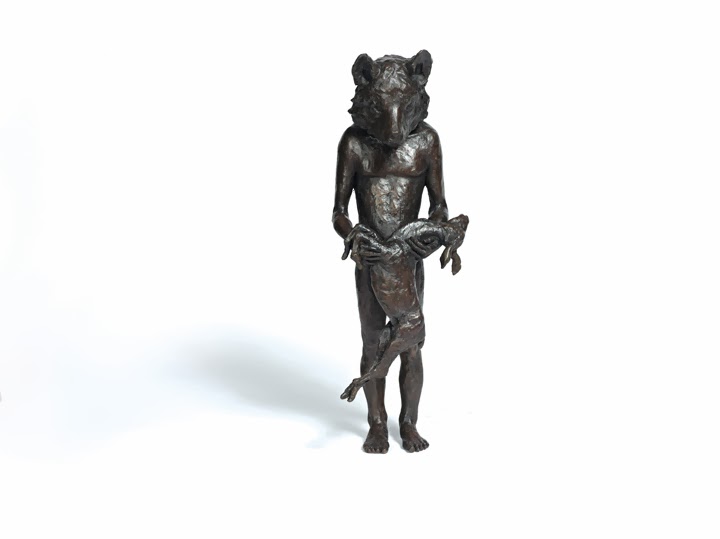 In “Wolf with Deer” (2013), we see the wolf-headed creature is not carrying the deer in a triumphant or exuberant manner.  The posture of the human body belies the joy of the kill that seems to be reflected on the wolf’s face.  The mood seems mournful and apologetic. The face of the wolf looks wistful. Deep down inside, this creature rues the loss of the deer and involuntarily expresses grief for the killing. 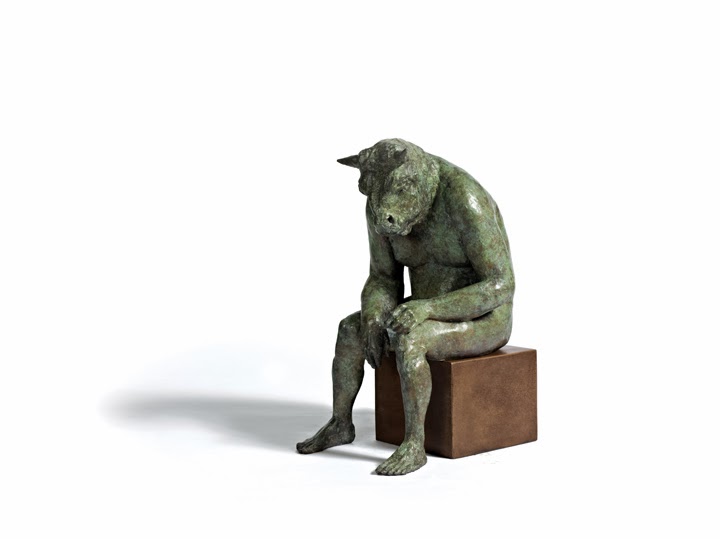 Furthermore, Carter’s minotaurs are not the bloodthirsty killers from mythology – they are pensive and introspective.   Some of her minotaurs are seated and reading books.  These are minotaurs between meals.  They are using their leisure time to engage in the examined life. They are trying to understand and come to grips with themselves - examining their actions and expressing the dolor of those who cannot change what brings them moral anxiety and pain. In “Sitting Minotaur” (2013) we see such a creature slumped over and dejected.  He is more humanlike than cheetahlike. 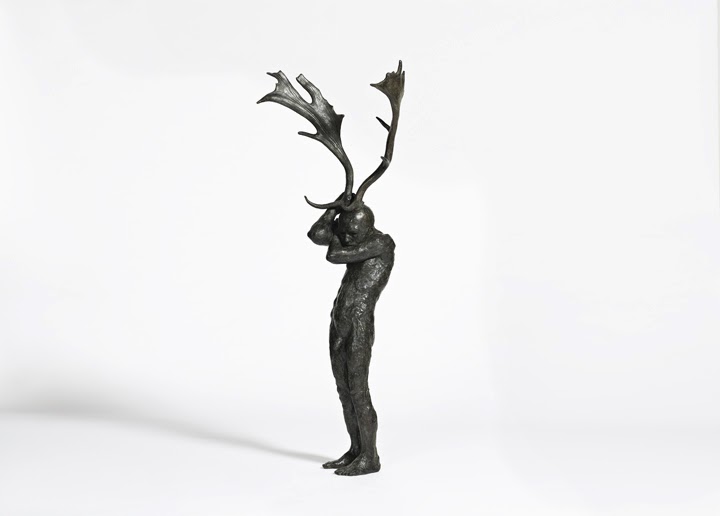 The visual presentation of animal heads on human bodies goes back, at least, to the Lascaux cave paintings.  It has to be one of the oldest religious and artistic ‘themes’.  The original purpose of sticking an animal head on a human body seemed to involve a magical function.  The shaman often wore the mask of an animal to adopt its characteristics in various magical rituals to alter nature or bring about some natural change beneficial to the shaman’s society.  Later, animal heads on human bodies for human gods were meant to openly express the primary characteristic of the god.  Horus was hawk-headed because he was a decisive vindicator.  Hathor bore the head of a cow, a milk bearing animal, because she was a nurturing goddess. 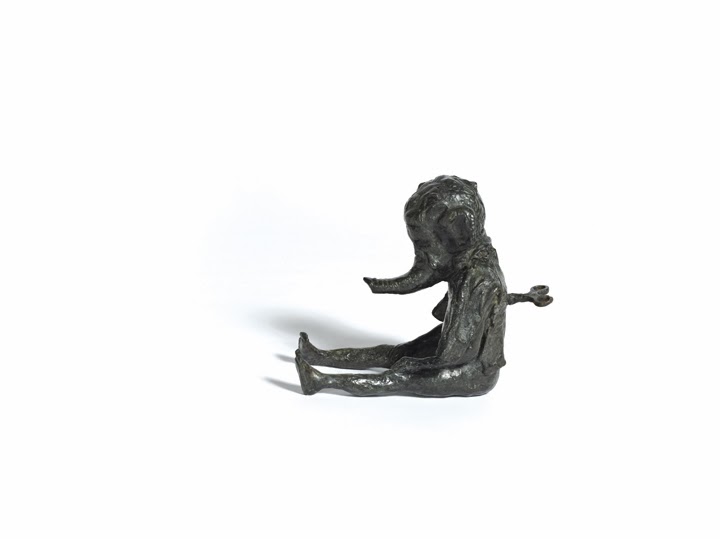 Looking around the galleries, painting or drawing animal heads on human bodies has become a bit of a trend in contemporary New York City art. Yet Carter’s animal-headed humans are different in their self-reflection. She clearly wants us to focus on this aspect of what differentiates us from the rest of nature.  Instead of using these animal heads, as other artists do, to channel the power or essence of the hawk or cow or bull or wolf, she uses these animal heads to help elucidate our deep skepticism about the justice and fairness of the operations of nature itself.  By taking the head of a bull or a wolf and combining it with the ‘body language’ of despair, we get an incisive visual impact which reveals some of our deepest unresolved, and perhaps unresolveable, moral concerns.
Posted by Daniel Gauss at 8:34 PM