Nothing fails like success! "Sunday Paintings" (of yuppies) by Mary Henderson at Lyons Wier Gallery 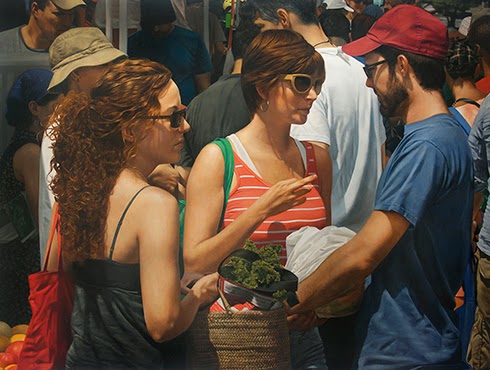 Why have ‘yuppies’ been considered to be so odious for so long? 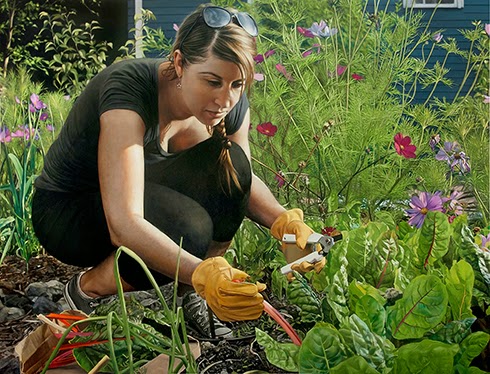 Let me count the ways. 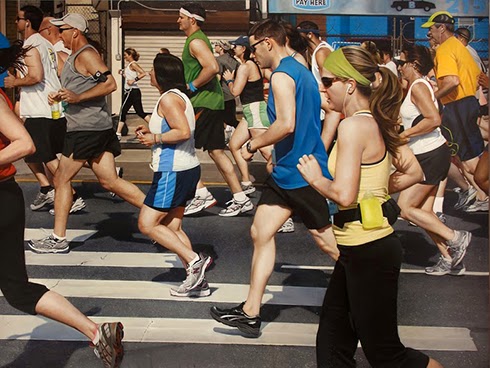 Actually, there seem to be two big reasons.

First, yuppies seem to represent those folks who were able to pursue their own excellence and success while blithely ignoring the plight of those who were not as privileged. Sure you voted for Obama and do volunteer tutoring at the local Presbyterian church.  But didn’t it bother you just a little bit that your prestigious university was only comprised of 4 % black and Latino students?  When you were studying for your GMAT and/or LSAT, did you ever wonder how the other half lives?  Did you ever really, really, really do pro bono work because you wanted to, or did your firm make you do it? 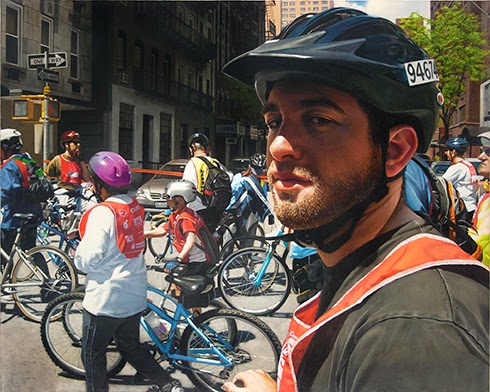 Secondly, well, here’s a nice quote from the artist Martin Firrell: “No one would wish suffering on themselves but equally a life with nothing remarkable in it would be a kind of bland hell.”  This is the key, I feel, to unlocking the rest of the raw hatred towards these lovable urban creatures. 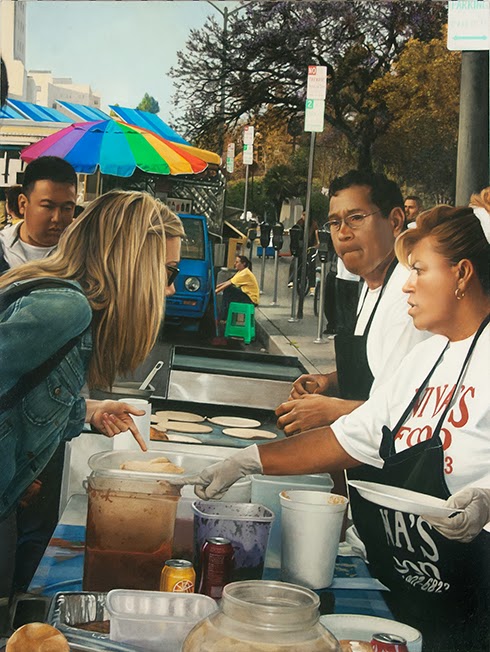 Basically yuppies instill existential dread in some of us.  It’s like fighting for the perfect society and then learning it’s nothing but Norway.  Yuppies give us the “Is this it?” dread.  Like Tony Montana at the end of Scarface – as he looks around the fancy restaurant and wonders whether being able to eat there was worth it all.  Yuppies make us say, “Is this it?”  Is this the best life has to offer?  What am I living for? Deep down inside we know that kind of comfort is not the best possible life, but maybe we are not sure we’d want to endure the tumult and vagaries of a ‘real’ life.  So we resent them instead of plucking the plank out of our own eye. 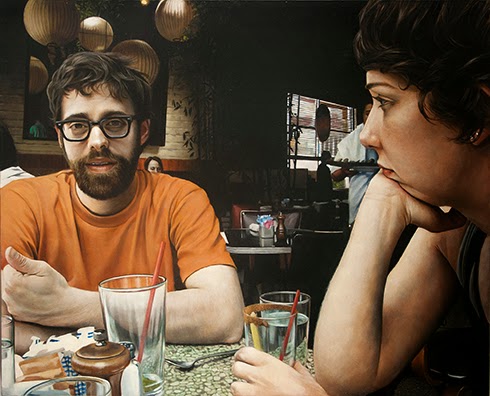 So basically yuppies make us realize that nothing fails like success. 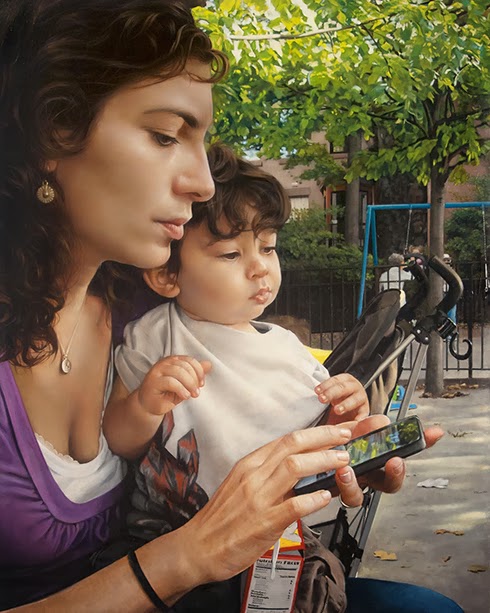 Mary Henderson provides us with various images of yuppies in public spaces.  Although these paintings are amazingly well designed and painted, it pains me too much to describe the individual images of yuppie bliss, which are so vividly depicted in a realistic style. Indeed, Lyons Wier specializes in what seems to be called “Conceptual Realism” these days.  It’s supposed to be separate from super-realism in that there is a conceptual basis to it.  Some might argue that even super-realism is not super-realism, but also contains some concept, but therein lies the unresolved controversy. 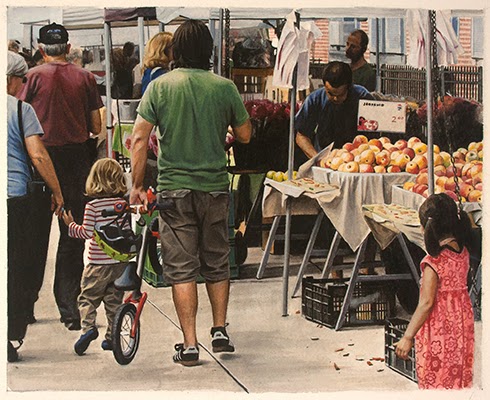 Let it suffice to say that Henderson does a yeoman’s job of throwing yuppiedom right in our faces.  There they are in all their splendor!  They stand at the farmer’s market choosing the plumpest fruits. They tote their smug little tots around while checking their smart phones.  They do stretching exercises, take cooking classes, wash dishes….oh the humanity! 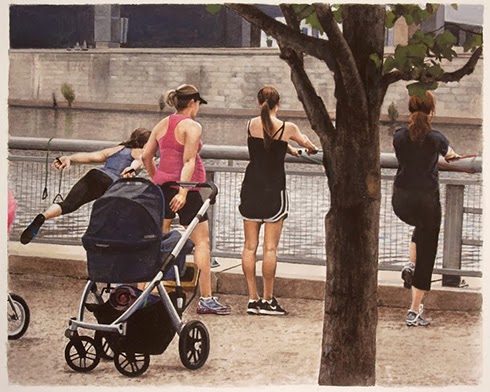 What I love about the paintings is that they are painted in as objective a style as possible.  Indeed, Henderson quipped (tongue in cheek) that she was, basically, painting people like herself.  Yet, the concept behind the painting is that these are putatively benign people who are generally despised in some quarters, admired in others.  You are either with 'em or against 'em. The artist seems to challenging the viewer by saying, “OK, here we are.  Take a good look at us.  Just what the hell do you think we are doing that is so wrong?”  Oh, well, let me count the ways! 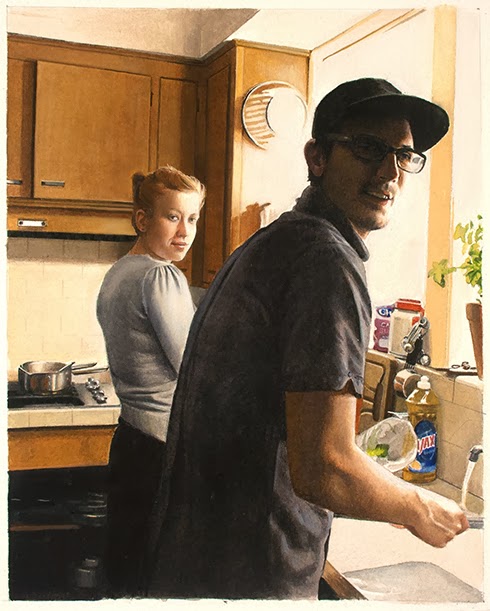 If you get a chance, please go to Lyons Wier to see these amazingly executed paintings.
Posted by Daniel Gauss at 9:04 PM