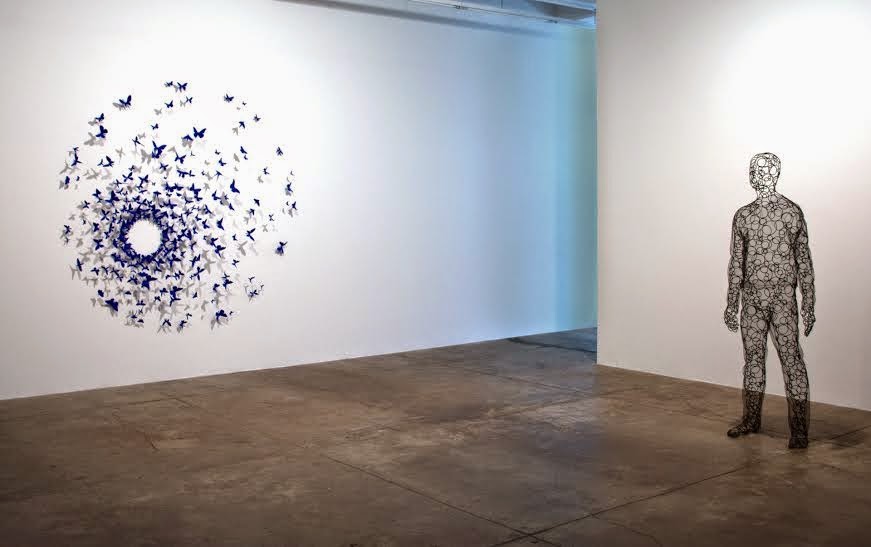 What I like about this show, by Paul Villinski, is that he suddenly realized that the symbol he had been employing for so long - the butterfly - was more interesting in itself than as an artistic symbol. Indeed, he realized that looking at efforts to raise and save butterfly species can lead to a much more engaging and relevant pursuit than the symbolism he had been pursuing for so long.

What might be the oldest symbol for the concept of ‘rebirth’?  Well, if you go back to the cave paintings of about 30,000 years ago, the butterfly is depicted among the limited number of types of animals that are represented. So this amazing insect has caught and stimulated the imagination of people from the very beginning. It has become the iconic symbol, world-wide and cross-culturally, of resurrection and transformation. 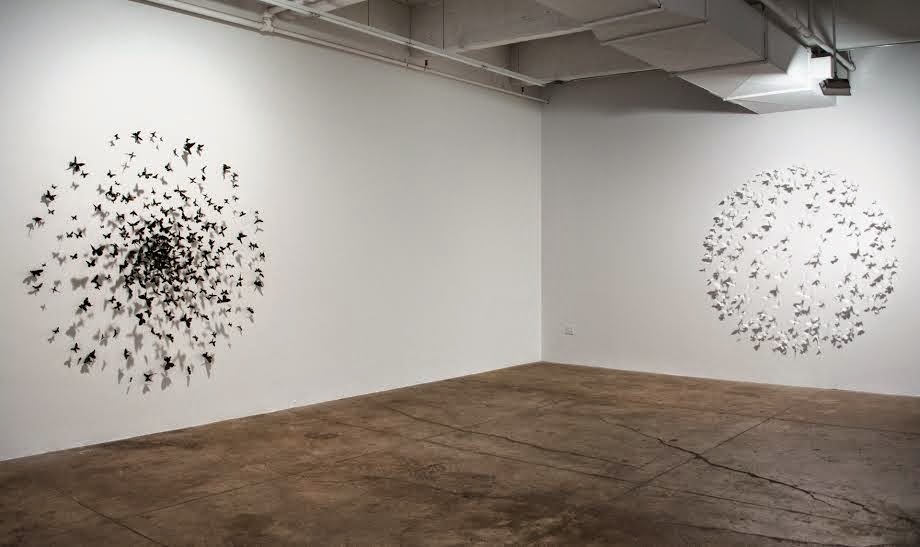 Paul Villinski has been using the image of the butterfly in his art for some time and has created a dazzling show at Morgan Lehman Gallery. Indeed, through his collaboration with the world-renowned lepidopterist Dr. Rudi Mattoni, Villinski even presents what he calls a ‘butterfly machine’ – his attempt to raise butterflies, in an artificial environment, which can be utilized in this show.  Through this ‘machine’ he also wishes to call attention to the problematic aspects of conservation efforts.

Through his attempt to raise butterflies he has become aware of the immense difficulties involved in even approximating the natural environment which is truly necessary for the butterfly to be born and thrive. The implication is that instead of pouring zillions of dollars into animal conservation, we need to take a more conscientious approach to environmental preservation and reclamation. 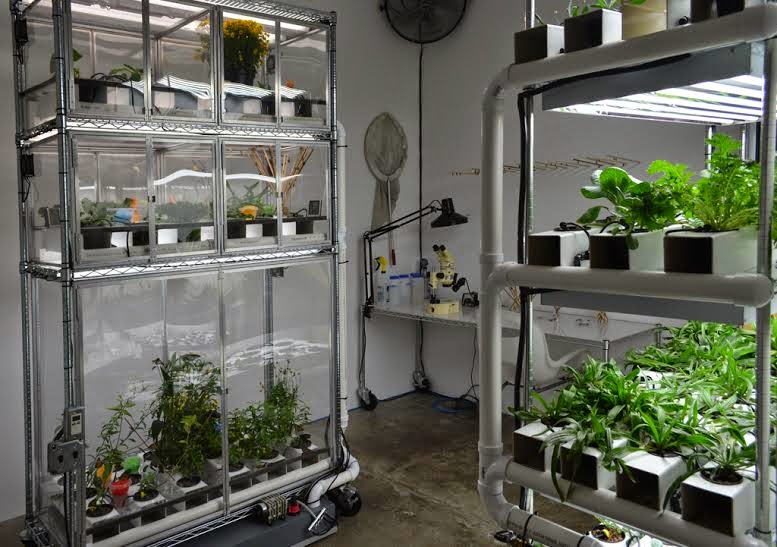 In this show you also see beautifully designed circular patterns of endangered butterfly species which Villinski cut out of discarded aluminum cans.  His artwork has always been primarily about ‘transformation’ and here he, obviously, attempts to take that which has been used and discarded to create something of value and meaning.  The natural process of decay and natural recycling is replaced by a concerted effort to take that which has been used and use it again in a valuable manner. The circular patterns of the swarms of butterflies could either mean expansion or retraction – as if our own efforts will determine the future of the butterfly, as well as our own species.

Villinski also includes a hollow, wire sculpture of a man covered in a type of mesh.  Every day newly developed butterflies are placed within this figure and inevitably each butterfly finds its way out to fly around the gallery.  During the opening some large butterflies were actually perched on the sculpture in such a way that it seemed the mesh might have been coated with some type of chemical to attract them.  In reality there is no chemical, but the effect of that image merely heightened the realization of the dependence of the butterfly, and all living species, on the ecological morality and integrity of all of us.