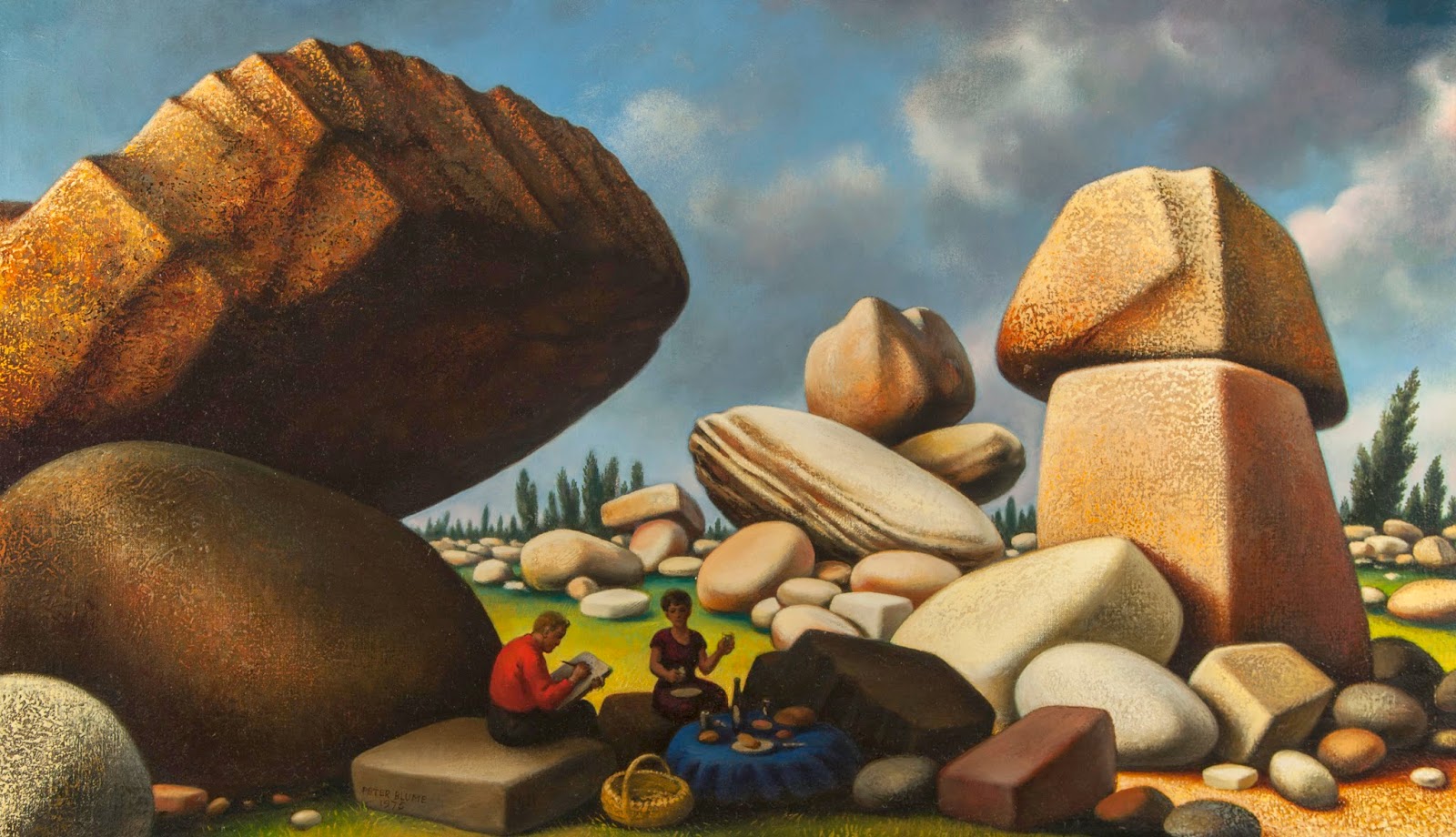 One of the must-see shows, as this year draws to an end, is a sampling of work by Peter Blume at ACA Galleries. This show is in conjunction with a larger show at The Pennsylvania Academy of the Fine Arts and that show seems to be the first major retrospective of Blume’s work since his death in 1992. Blume was born in Belarus, of Jewish heritage, but was brought to Brooklyn as a child. He was one of the first American artists to embrace surrealism and his style seems to be a blend of various types of painting incorporating techniques that range from the Renaissance to Folk Art and, of course, to Surrealism. Blume is represented in virtually all the major American modern art museums but it seems that he has never adequately received his props – these concurrent shows demonstrate that he had created a unique style from his eclectic influences and was dealing with themes of significant cultural and historical relevance. 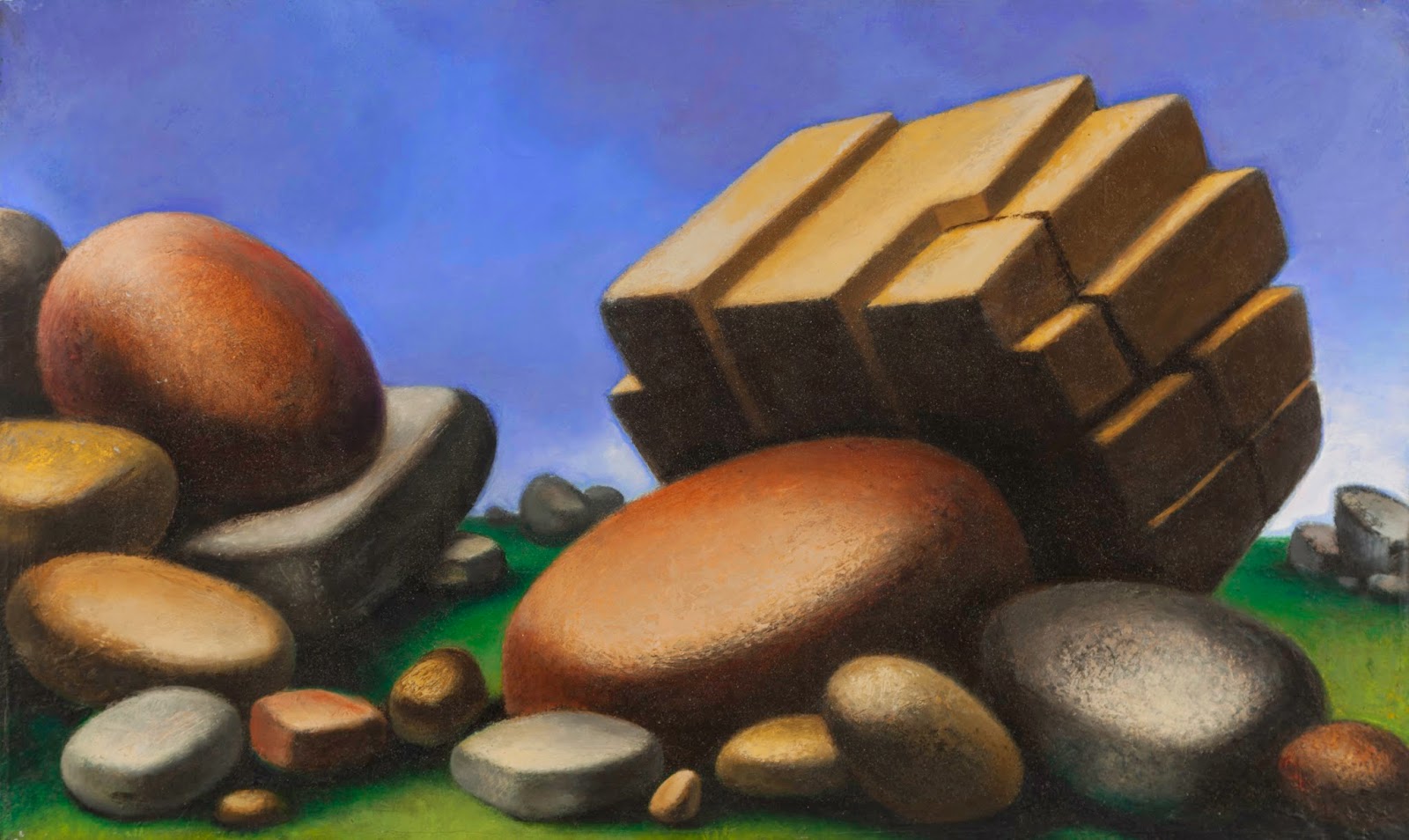 One of the aspects of this multi-faceted artist’s work which I enjoyed at ACA was his fascination with the presence of rock formations and the effect rock formations still have on us. Huge, complex rock formations, either natural or altered by humans (dolmens, megaliths etc.) were huge in the history of our religious, spiritual and cultural development, and they still resonate with us.  In one of Blume’s most popular paintings, at the Art Institute in Chicago, you see a grandiose rock with several peaked and contoured projections surrounded by less magnificent construction projects and partially destroyed buildings.  The implication seems to be that underlying the rationalist approach under which our society is constructed is an ancient and direct experience that dwarfs our normal approach to our lives. 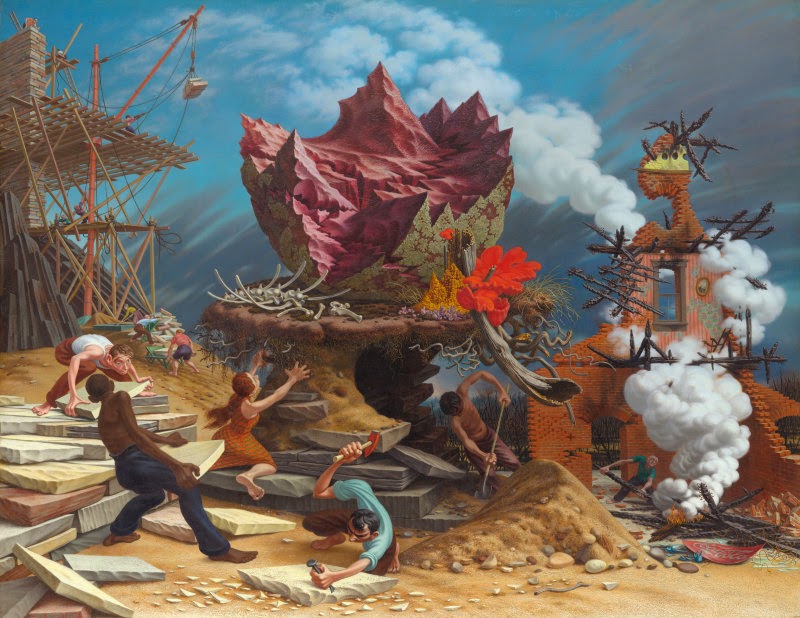 In the current ACA show there is a wonderful painting of a couple literally picnicking among an amazing rock formation.  One figure is sketching the formations – so at the same time this couple (a la Caspar David Friedrich?) is basking in the ineffable effect the rocks provide while also realizing there is some difficult to grasp significance and trying to capture it through imitation.  Actually, they are not trying to ‘realize’ anything, they seem to have moved beyond interpretation and are wholly comfortable and in union among that aspect of nature which probably first engendered the sense in us that there was something more to nature and our lives that could be slowly but surely discerned but not spoken of directly. 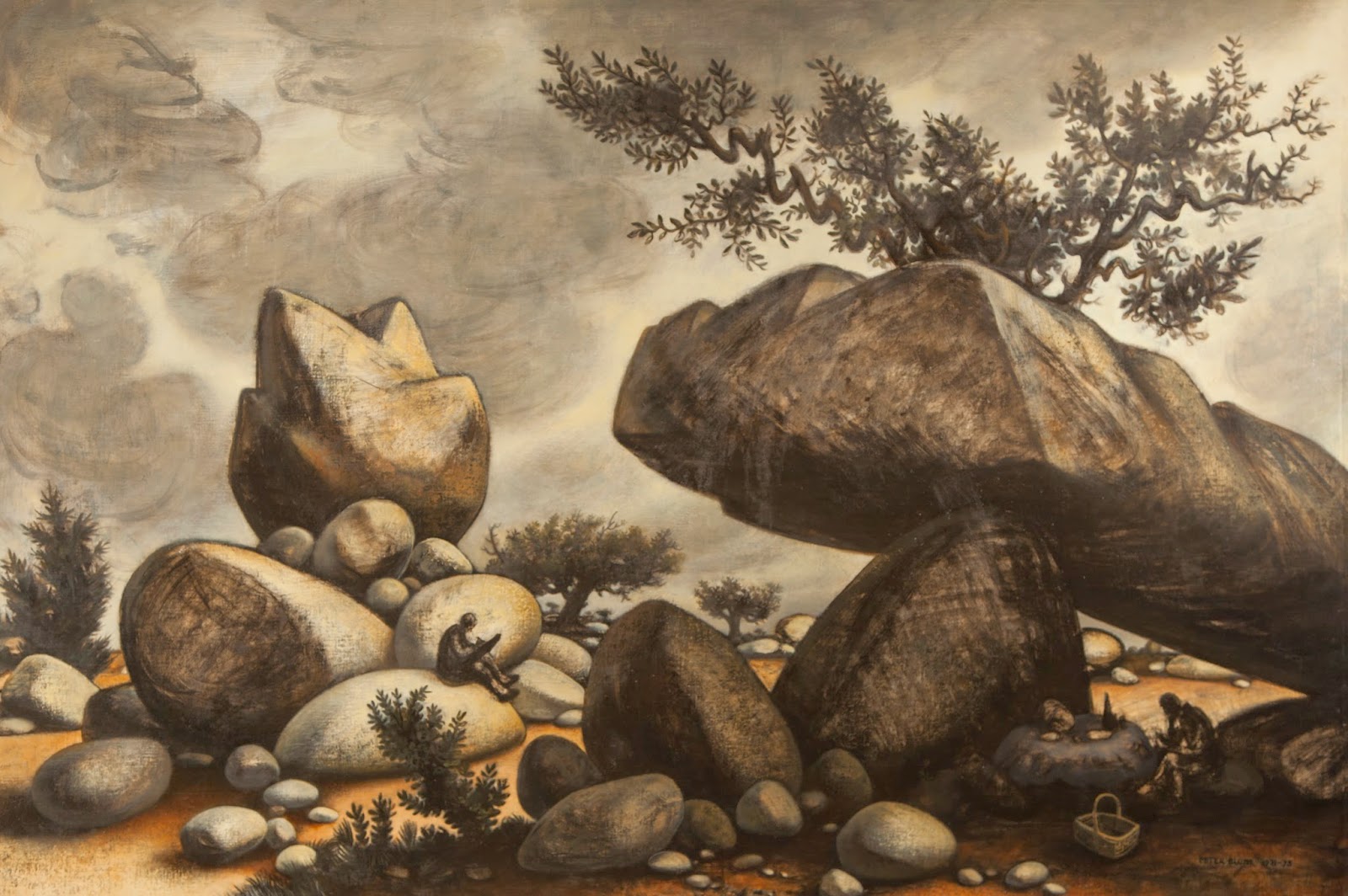 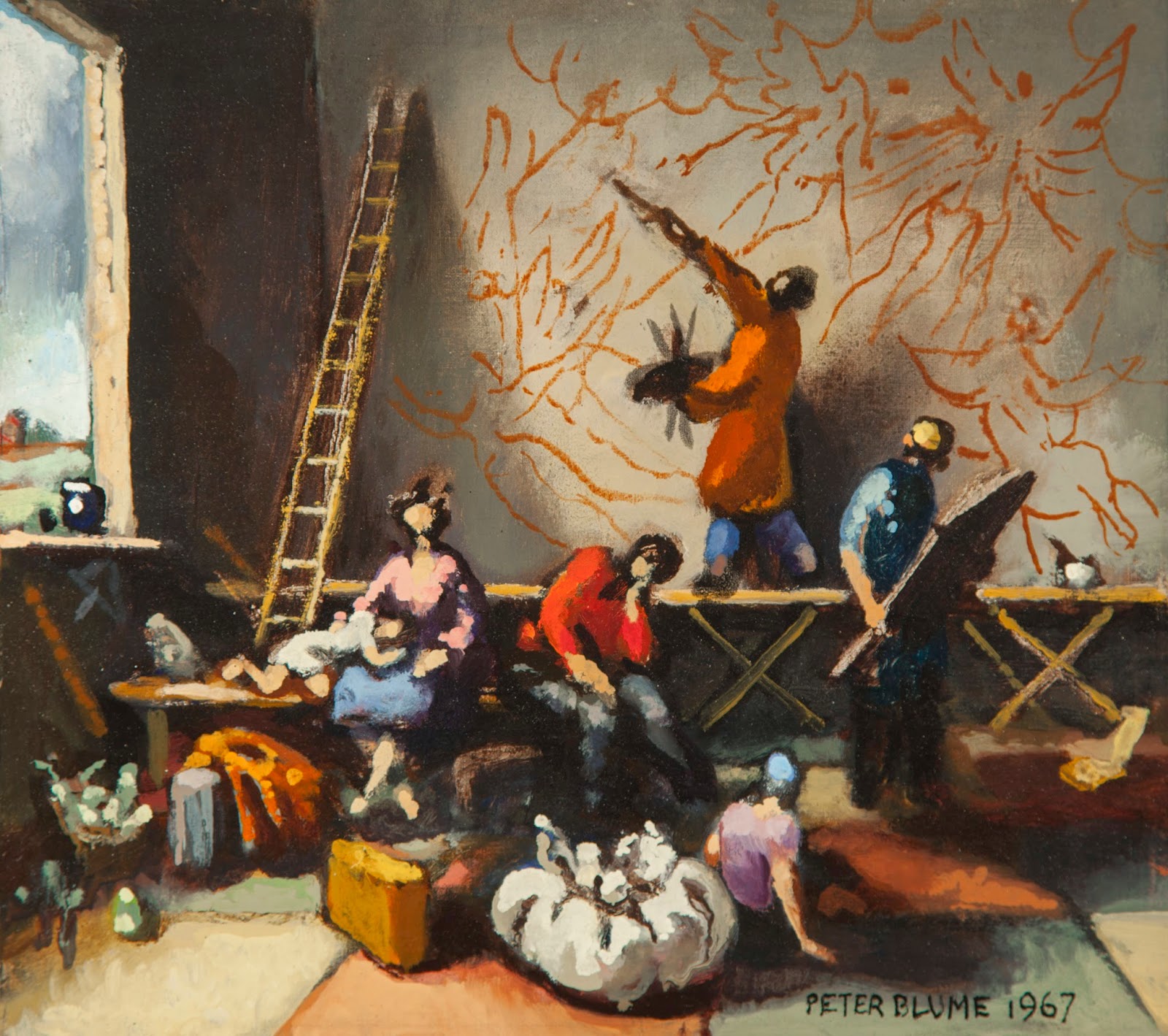