Twists and Turns (on Arte Povera?) by Nnenna Okore at David Krut Projects 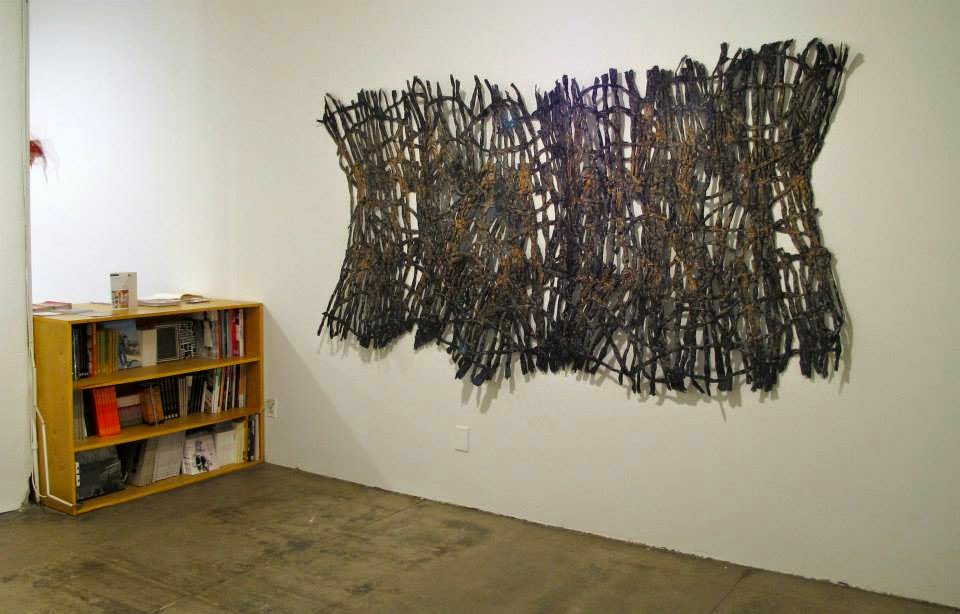 Arte Povera (Poor Art) was a movement begun in Italy in the late 60s. It was partially meant to break down the classification barrier between art and life by using common, everyday items and materials, but there was also a deeper and more radical political edge to this movement. The material that was often used by these artists was stuff that hearkened back to a Europe before the ravages of capitalist industrialization. At its core, Arte Povera attacked the waste of the industrialized era and the corruption that came forth from producing waste. 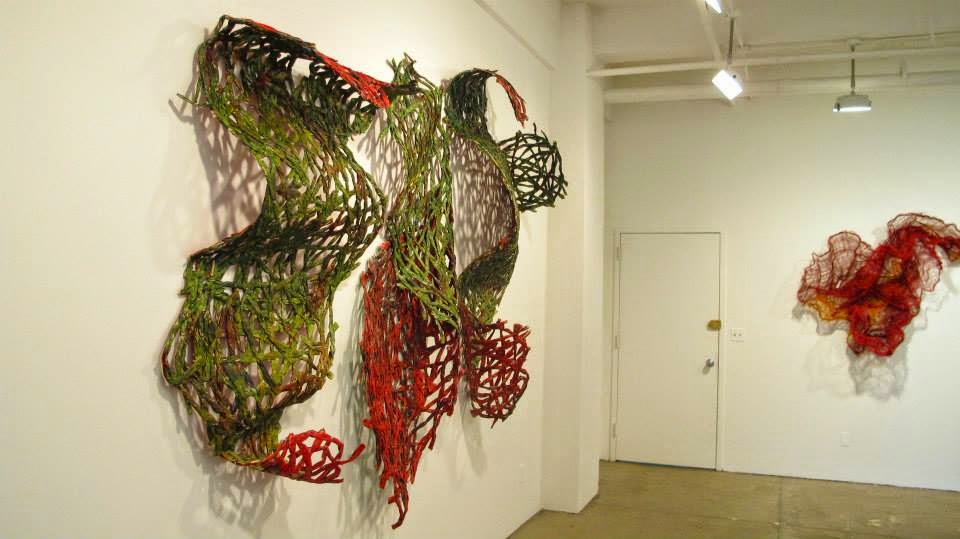 Nnenna Okore is able to add some twists to this tradition from her perspective as a woman who grew up in Nigeria. So she is interested in materials used by the poorer folks in her homeland, where the lower classes have often been forced to recycle that which was discarded by the more affluent. Indeed, this idea of recycling seems to pervade her art. She also seems interested in how materials themselves might naturally lend themselves to or suggest physically transformative processes including synthesis between seemingly incompatible materials. 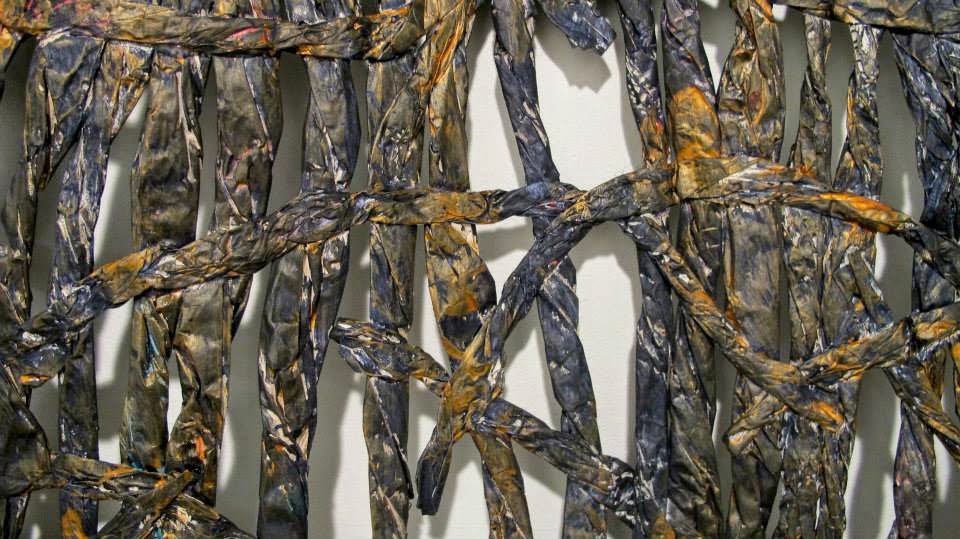 Added to this we see what to me is an amazingly meaningful form of process art. Based on readings of previous interviews, the artist does not have an image of the finished work when she begins. She wants to engage the material, basically, as the material wants to be or offers to be engaged, and wants to use twisting, tying, shredding, braiding etc. techniques that are often used to create social bonds in less ‘developed’ communities. Basically these are techniques done in small groups which help to develop greater social ties. 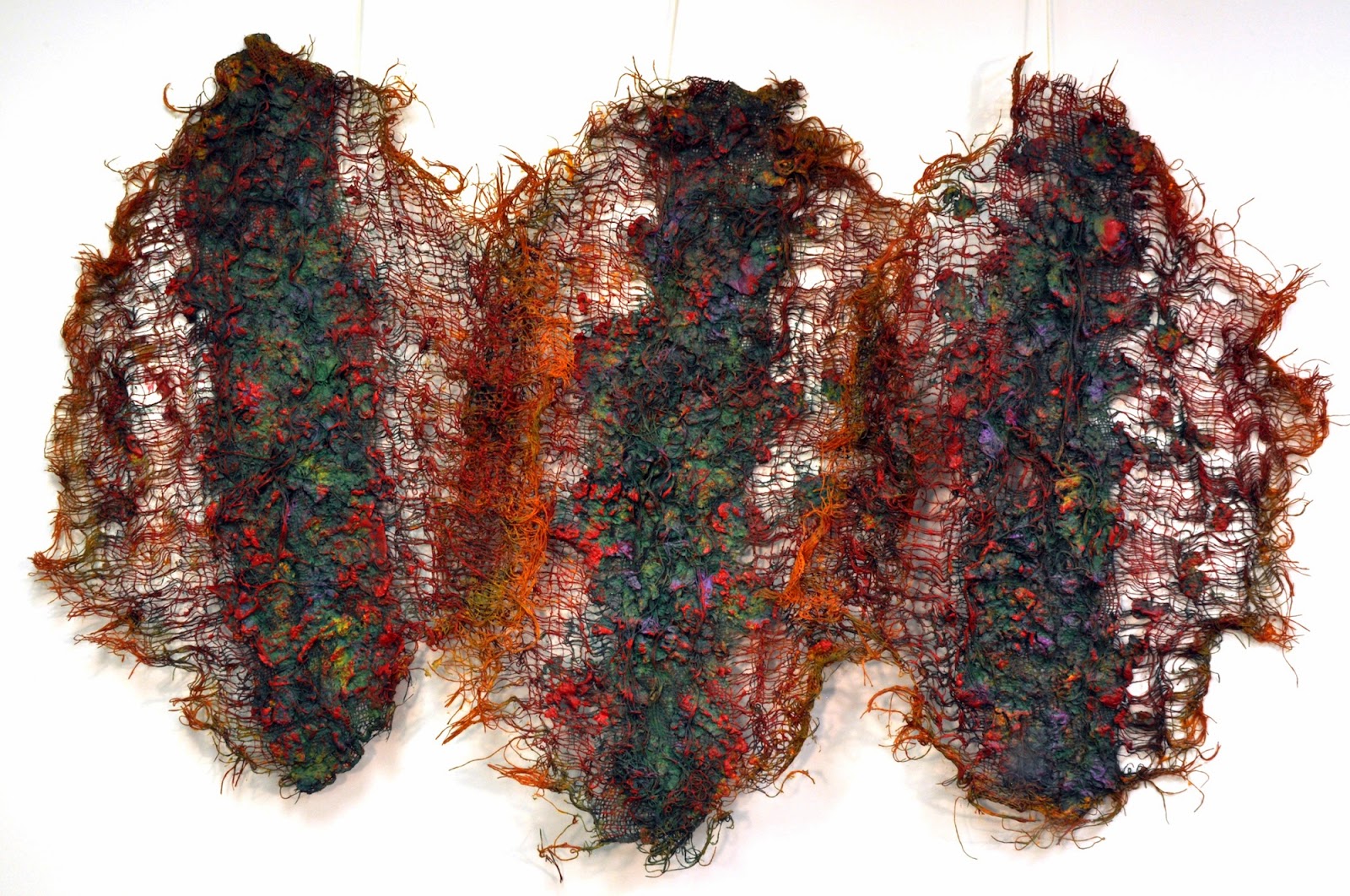 Whereas the original materials were produced toward the goal of consumption and economic profit, the recycling of the materials follows a process where form follows the essence of the material and where the piece is produced through techniques which are generations old and socially positive and unifying in nature. Among the materials used in this show are: newspaper, acrylic, burlap, handmade paper, plaster, cloth and jute rope. So an original material has been exploited and seemingly rendered an immutable commodity, but the process employed by the artist is able to distill, as it were, the original essence of the materials for a different and non-utilitarian purpose. 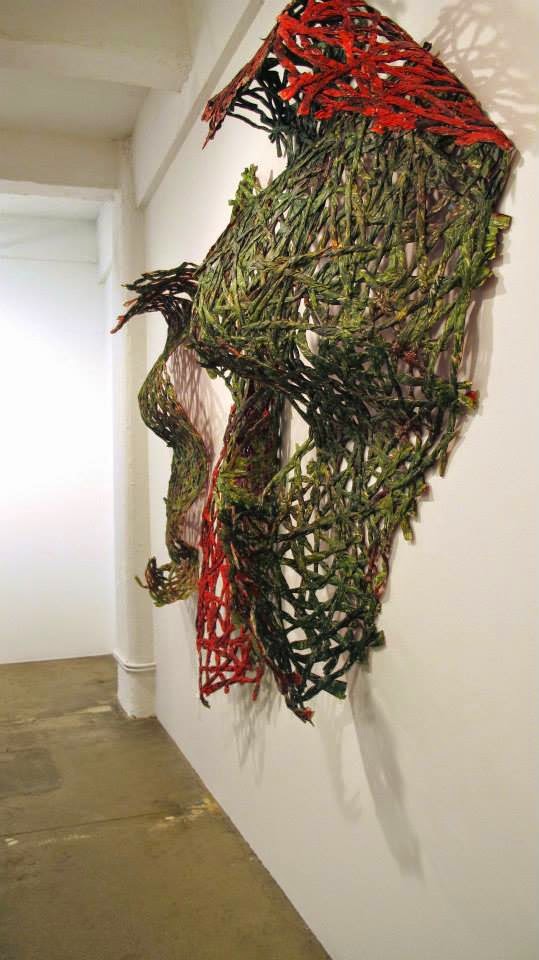 This is another fine show from David Krut Projects, a gallery which originated in South Africa but which now provides access to the NY art scene to many amazing contemporary African artists. 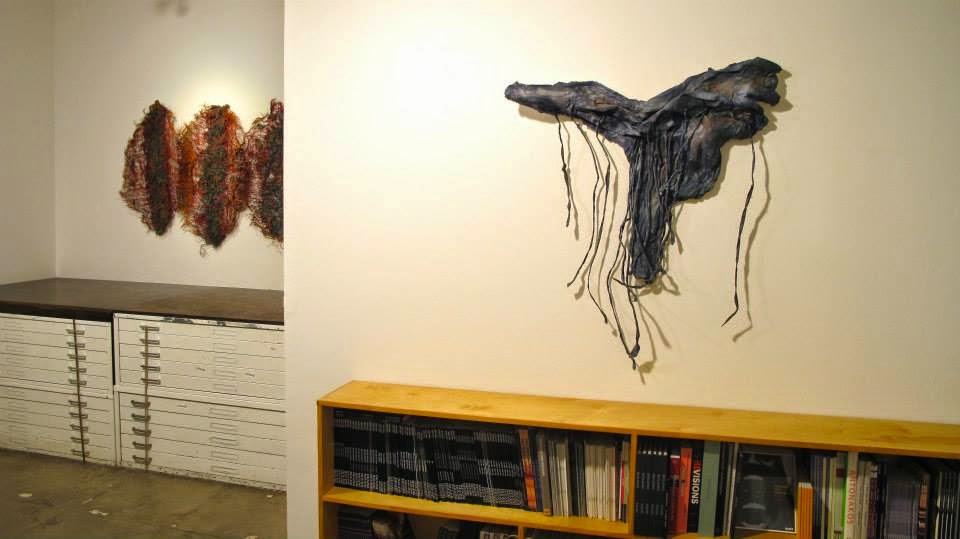 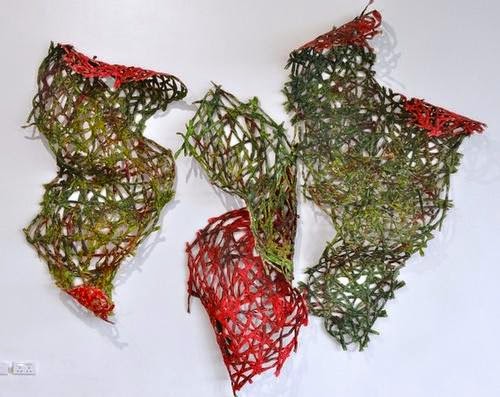