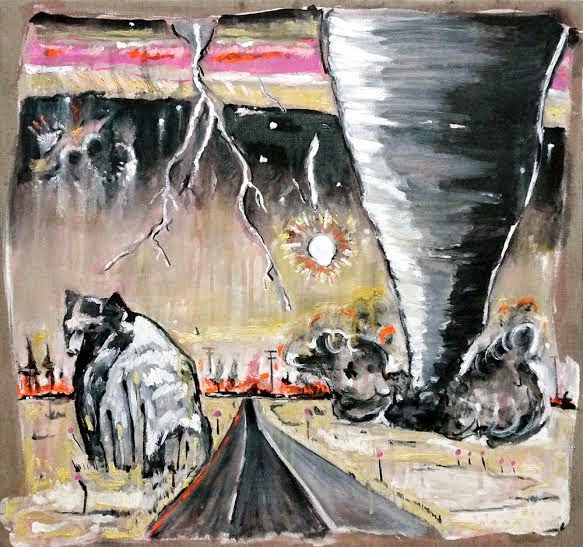 In November 2013 Scooter LaForge and Johnny Rozsa set out on a cross-country car ride with Rozsa’s three dogs and a first edition copy of Steinbeck’s ‘Travels with Charley’ (1960), which LaForge occasionally read out loud seeing that the radio of the car didn’t work. They stopped periodically, wherever they felt like it, and LaForge visually recorded anything that seemed interesting or meaningful to him. He, ultimately, connected with long lost family members out west, painted portraits of his father and niece, and spent the past year and a half working on paintings based on that trip which comprise his current show at Munch. Unfortunately, it now looks as if Steinbeck made up most of his book, traveling with his wife and staying in motels or swanky hotels and creating characters to fit the various locales he traveled through, trying to make points about America he had gleaned, apparently, from reading the newspapers for many years in New York.  No matter. LaForge was deeply affected by the trip and Lillan Munch has displayed an engaging group of paintings. 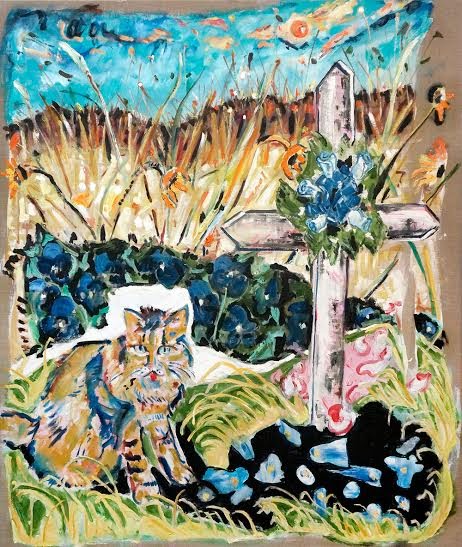 So, when an artist leaves the city and takes to the road, he gains instant anonymity – for what it’s worth, even Steinbeck asserted that he was never recognized while traveling.  You also leave behind the often abrasive, sometimes labor intensive and occasionally pretense-filled social relationships of the city. You abandon this daily forced performance to become, basically, ‘some guy’.  On the road, I’m guessing, LaForge and Rozsa were some guys on the road with a NY license plate. Leaving the city for an artist also has aesthetic implications because you are now thrust, by the road, into various American landscapes.  So now, in a de facto sense, you become a part of the long tradition of city dwellers who were convinced there was a truth out there in ‘nature’ that they weren’t getting in their cities. Basically every major landscape painter seemed to be someone from the city who was sure there was something extraordinary to be tapped from nature. 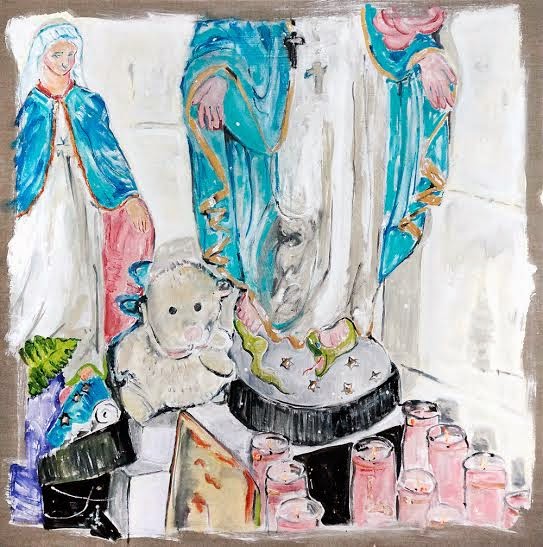 So, how did LaForge choose his images from this trip? Is he documenting his trip or doing something else? How closely related are the images to their locales? How does he present these images? Can each one mean something separately or do these paintings have to be viewed en masse? 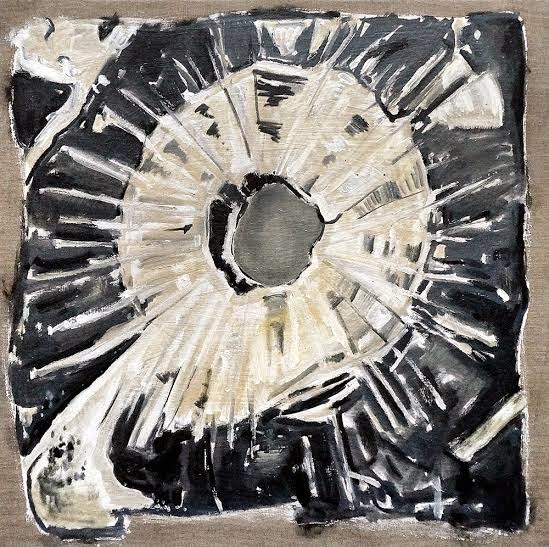 I think LaForge achieves a synthesis of the landscape and human experience as part of the process of transition. I especially liked his roadside memorial paintings. These are memorials to people who literally died on the road. In one there are a couple statues of the Virgin Mary (well, what do you bring to a roadside memorial? A Virgin Mary. But it’s like going to a wedding shower and finding out someone else also brought a toaster oven). We also see the de rigueur dollar store candles and a white teddy bear.  So I love this kind of imagery because it shows a mixture of profound sadness and the inability for most of us to reach down deep and express a sense of loss, tragedy and compassion. We meet the horrors of accidental death with furry white teddy bears. We rely on dollar store candles and cheap statues as indications of our sincerity and grief. 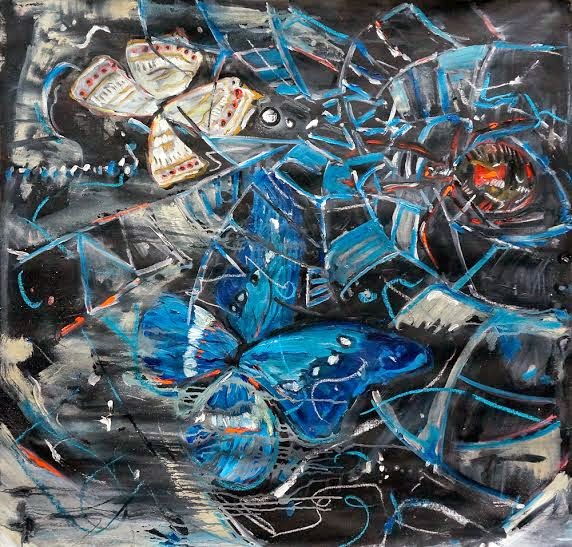 So LaForge’s show is chock full of these types of images, but I don’t think they are cynical in nature, these are just images that unexpectedly struck and stuck with LaForge. These are images that go along with the experience of transition involved in leaving and returning home after a long time. In one amazing painting he has the road flanked by a tornado funnel cloud to the right and a big ol’ bear to his left, lightning cracking in the sky. There’s also the image of a bullet hole through a window that he saw in Indiana. There are a couple paintings of spider webs into which butterflies have inadvertently flown in Pennsylvania. You see a couple self-portraits LaForge did, mushrooms in Kansas, the Arizona border strung with barbed wire. At one point LaForge even seemed to see the Scooby Doo Mystery Machine getting tanked up at a gas station.

LaForge is and isn’t a camera. His paintings partly illustrate our desire to continuously scrutinize the outside world for meaning and to take to the road to find newer and newer experiences and images. At the same time that the images resonate as novelties, they also resonate more deeply as evidence of the process through which we find beauty and engagement in the world.
Posted by Daniel Gauss at 8:54 AM