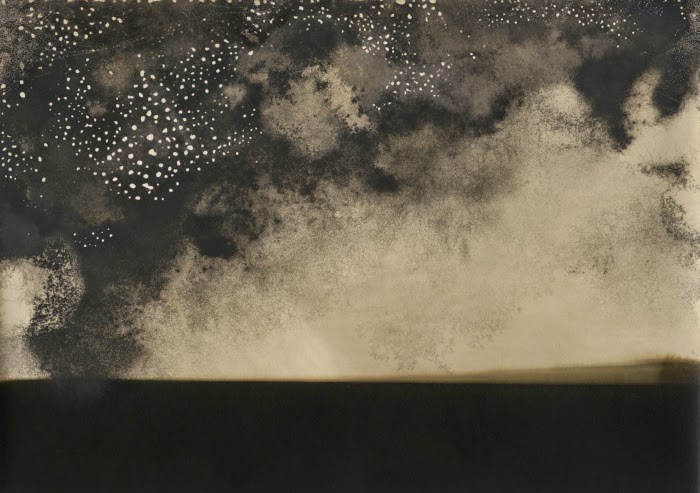 For her current show at Yossi Milo, Alison Rossiter sought out and found unused photographic paper from every decade from 1890 through 1960, and subjected the paper to liquid developer either by pouring the developer directly onto the paper or by dipping the sheets.  Through the chance operations afforded by this method, she comes up with a number of starkly different abstract patterns. 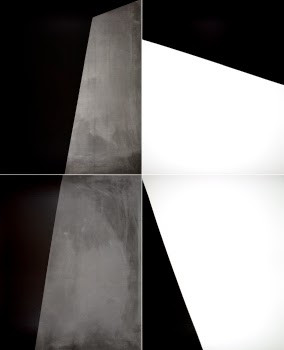 So what does it mean to take very old photographic paper and develop it without first going through the process of employing a camera? By engaging in this process, to me, she is rejecting or repudiating what photography normally gives us or convinces us to believe.  She repudiates a radical divide between the inner and outer worlds as well as rejecting a way of engaging what we perceive as the outer world. That the world is filled with objects separate from oneself is continually validated throughout the process of conventional photography. We believe that the photograph gives us reality and objectivity, yet, the film we use has expiration dates because the colors and sensitivity of film alter and fade throughout time. Photography is our effort to use chemicals, paper and light to create images to convince us that there is an outside world to be sufficiently understood through measurement and equations. 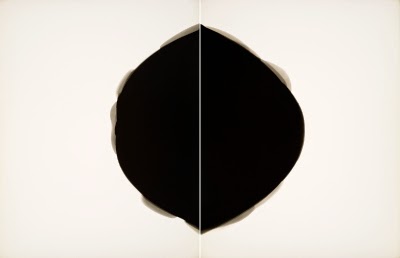 Photographs are, in fact, constant proof to us of something that is, basically, wrong – photography reveals our passion to dichotomize and see nature and the world as various groupings of variously colored objects separate from our subjective reality. It exposes science as the methodology of, primarily, if not exclusively, only one of our senses – eyesight. Instead of seeking a union or synthesis of experience, we are satisfied with a mind/world divide which allows for a shallow but useful mathematical grasping of the world, which further causes us to become alienated from our own experiences. We are to examine our ‘inner world’ of cognition, motivation, emotion etc. as a ‘response’ to the outer world not as processes in conjunction with the world. Stimulus/response becomes as artificial a construct as mind/body or mind/nature and is part of the inherent ideology of photography. 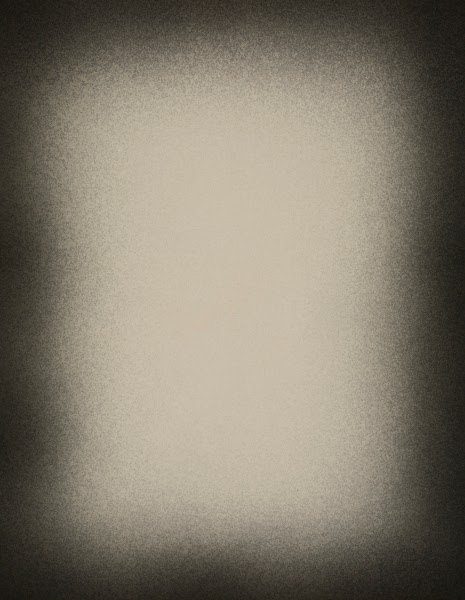 Since this film has not been used, to a certain extent, it has already been rejected. A certain process has been over-saturated.  All the photos that needed to be taken were taken. This is all surplus. Whatever was felt needed to be documented was documented and the rest is waste.

So what does it mean for her to merely dip the paper into developer? These blotches, were supposed to be the fine lines and angles that delineate reality. We see the essence of description instead of what the photos purport to give us. We see the process of description and dichotimization revealed and it becomes unusable.
Posted by Daniel Gauss at 8:54 PM