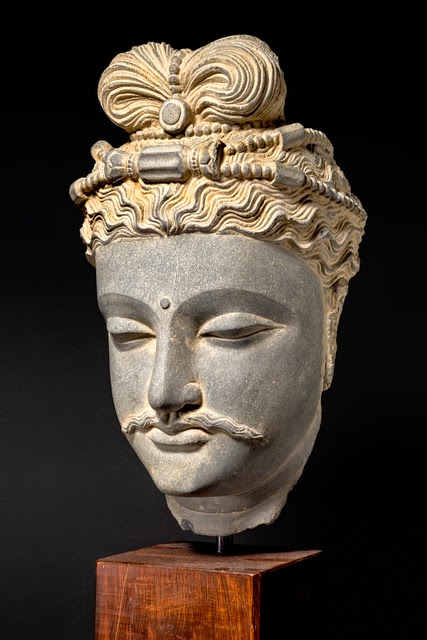 There are 42 different art galleries, from several different countries, participating in this year’s Asia Week (March 13 to 21). Most of these galleries and temporarily rented spaces are scattered around the Upper East Side, primarily in the 70s. You can check out the location of the various galleries through the map at http://www.asiaweekny.com/. Once you start popping in and out of these galleries, you should be able to find a booklet and map. 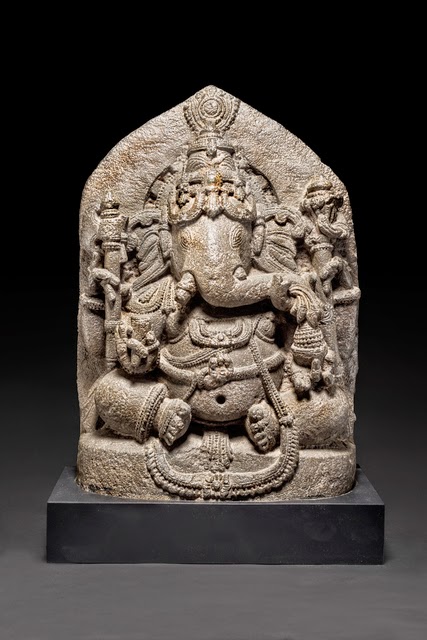 Interestingly, one of the highlights of this week is a gallery which is already established here in New York and has been here for quite a bit of time. Indeed, Sanjay Kapoor told me he is of the fourth generation of members of his family to be affiliated with this gallery filled with masterworks of Indian and Himalayan art. If you trek over to Asia Week, and you should (the galleries are free to enter and view art) you shouldn’t miss Kapoor Galleries. 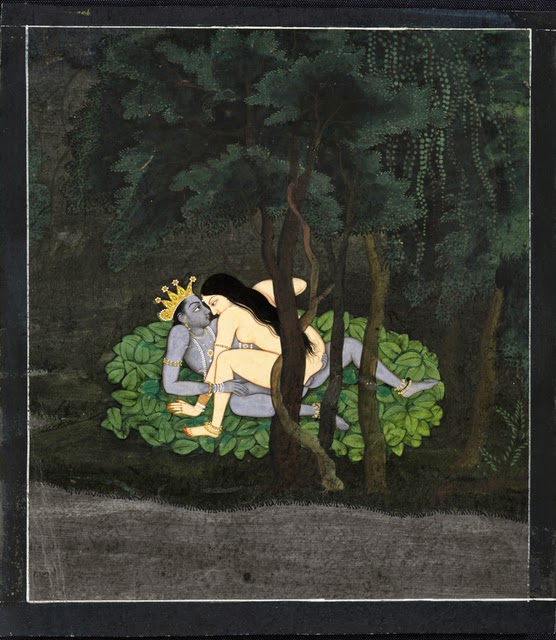 In fact, if you want to see one of the most amazing master works of this art fair, you’ll have to go to Kapoor. They have a bust of the emaciated Buddha, an ancient artist’s depiction of what he might have looked like after 40 days of fasting under the Bodhi tree, which could easily be confused for a 20th century masterwork of expressionistic art. The gallery does not allow any photos of the bust to be taken, I am guessing, because a photo wouldn’t do this profound piece credit. 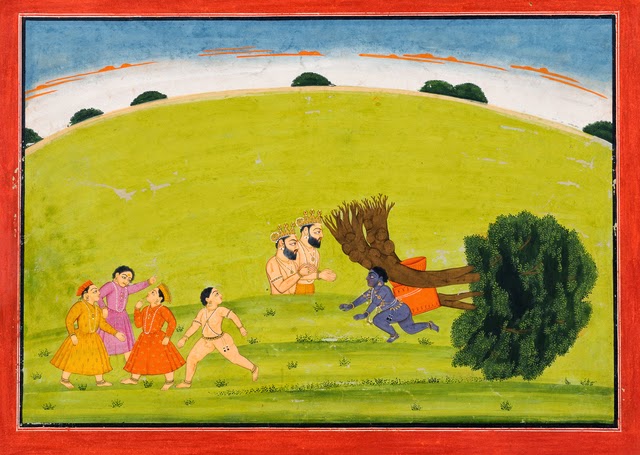 Of course, in religious-allegorical literature the number ‘40’ seems cross-culturally symbolic of a transition from one state of being to another.  Recall that Jesus fasted for 40 days before beginning his mission, Noah sailed for 40 days, Moses wandered for 40 years and even Mohammed did not begin his prophetic mission until the age of 40. So ‘40’ seems to represent a process of change (not a literal amount of time)and the Buddha probably did not literally sit and fast for 40 days under a Bodhi tree, but what’s interesting is that I don’t think this ancient artist bought into the literal interpretation either. His bust is a reflection on excruciating self-denunciation engaged in through a higher purpose and employing a calm, unwavering sense of resolve. Yet, he further adds to all of that by showing within the emaciated face, and sunken eyes, the first sparks of enlightenment.  It’s a piece about losing or rejecting life to regain a higher form of life. It’s magnificent and has to be seen directly. 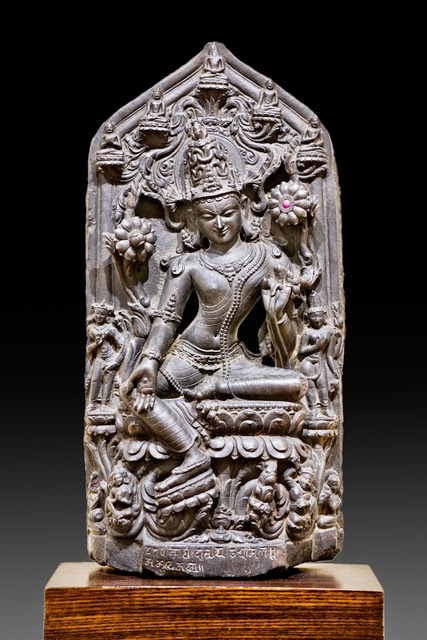 This piece points, in fact, to a central aspect of the work in this fair which differentiates it from others. Many of these pieces are of deep religious significance to millions of people around the world – these are not just objects of interpretation but also functional, interactive objects. There’s a wonderful sculpture of Ganesha, the Hindu elephant-headed god, and at the opening people actually left money for Ganesha on the stand in front of the statue. He is the god who removes obstacles and some folks needed his help that day. (By the way, Sanjay said that change which was left will definitely go toward your down-payment on the piece if you choose to buy it.)  So why does Ganesha have the head of an elephant? I read that because elephants have big ears they can hear more requests from more supplicants. Also the press notes for the show indicate that to ancient Indians elephants resembled rain clouds and therefore are symbols of fertility and prosperity. 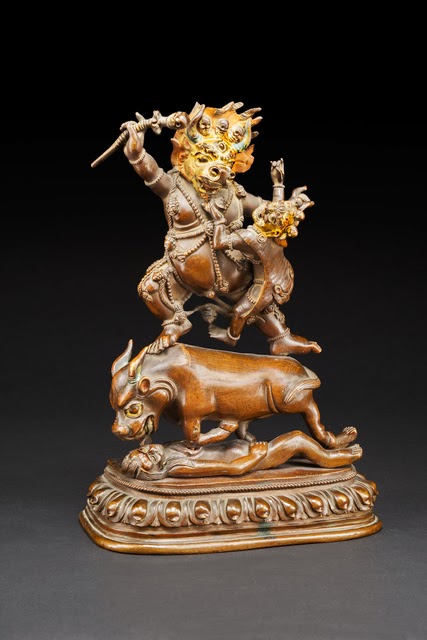 I'm featuring just a few pieces from this remarkable gallery in this review, including a head from the Gandhara kingdom (now, basically, in Pakistan), a kingdom which is famous in Asian art for ultimately showing a blending of Hellenistic and traditional Indian artistic techniques (the folks at the gallery will be happy to tell you more) after the onslaught of Alexander’s conquests. The head shows the placidity and strength of one who is enlightened.  There’s also an important painting of the mischievous baby Krishna inadvertently freeing two brothers who had been turned into trees for a drunken sexual escapade. The whole narrative is revealed in one painting, showing, perhaps, a rejection of self-renunciation by Krishna as well as his liberating capacity – in the story his mother has tied him to a large object to keep him out of trouble but he just merely drags the thing behind him, hitting and uprooting the trees and freeing the brothers. Everything the guy does benefits others, even when he doesn’t deliberately mean to. 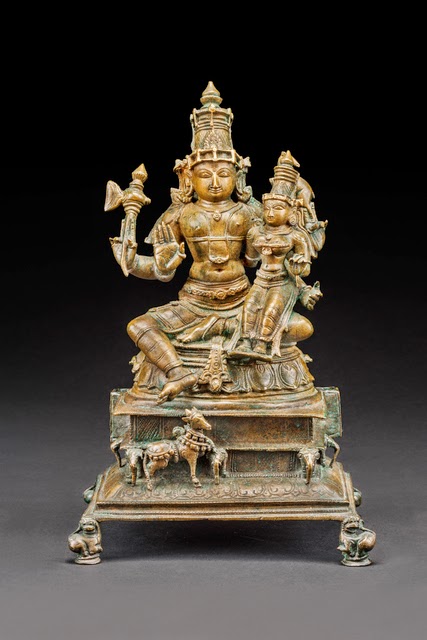 Another amazing piece is an illustration from the Gita Govinda showing Krishna and Radha making love. Radha is a type of Penelope-like character who waits for Krishna throughout various battles with evil and even through various affairs he has with other women. I love this piece because, frankly, sexual union seemed to be the perfect metaphor or symbol for spiritual union in the ancient world. In this type of union the male represents a type of desire and the female a type of fulfillment of the wandering and searching male’s desire. Sexual union represented the union of a desire for a more humane existence and the fulfilment of that search. Yet, this illustration turns that scheme on its head as we see that Radha is actually the aggressor. 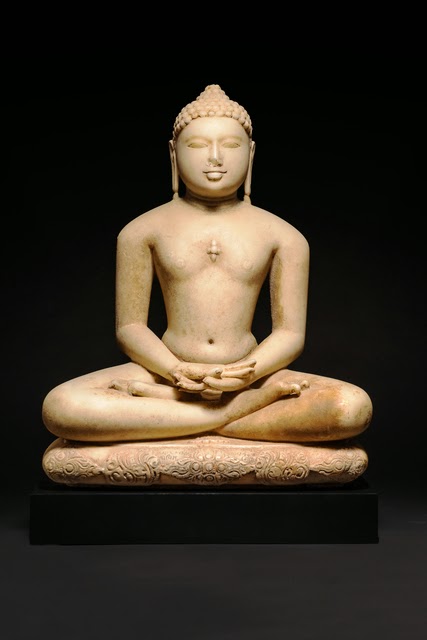