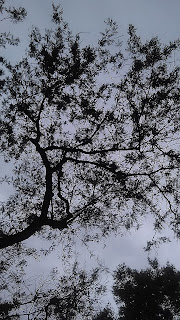 Before I head over to the galleries I often relax at the park, on 10th avenue and 22nd street, called Clement Clark Moore Park.  The park used to be part of some farm land owned by Captain Thomas Clark, an English officer who gave the name "Chelsea" to the entire neighborhood (a tip of his hat to London's Royal Chelsea Hospital, which cared for aging ex-soldiers).

These are two shots I took with my smartphone, looking up from the bench I was sitting on. Trees seem to represent a type of bridge between the lower and higher, the earth and the sky or our animal and spiritual natures. 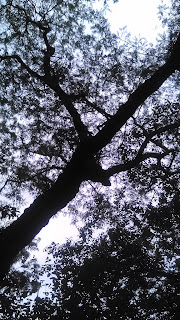 Here are some random shots I took during this opening night: 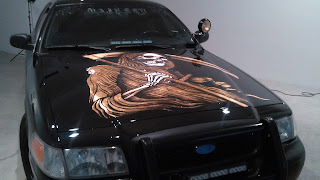 From the Martos Gallery - a piece by Scott Campbell. Yep, that's an actual, functional car with the grim reaper emblazoned on the hood. So I am guessing Campbell is channeling the tradition of vanitas art. A car could be considered a symbol of transition, so by applying such a vanitas image on one, it could indicate a type of 'vehicle' for resurrection or transition from one type or mode of life to another. 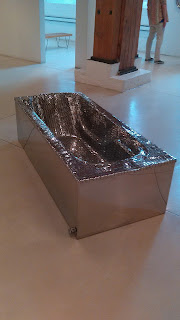 That's a bathtub lined with razor blades...but they are lying flat, so I'm assuming that if a person were really careful he/she might not get cut if he/she stepped in there. 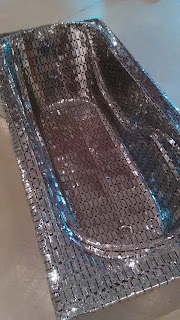 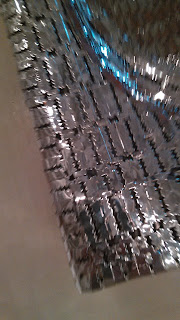 This is at the Tagore Gallery these days.  What does it mean? Hmmmm. I'm guessing this piece follows in the Marcel Duchamp tradition of rendering useful stuff useless in order to glean a symbolic meaning from everyday objects.  Razors are used, primarily, to remove excess hair or stubble from men's faces - so they serve a grooming or tidying function. So altering the use of the blades might indicate an abandonment of this tidying or grooming function - while elevating the function or meaning of cleansing by water.

In the meantime, while bathing, you are aware of being in a disturbing situation where the threat of potential harm from the blades has been altered. A threat is removed but a lingering sense of discomfort and fear exists. 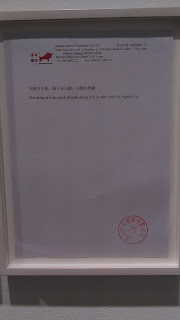 From the Paul Kasmin Gallery (pic above and pic below - from the group show: The Written Trace) 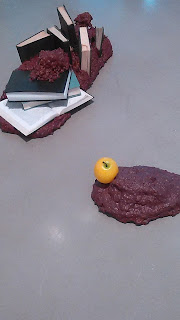 So I'm guessing we have a knowledge of good and evil versus the fruit of life. But both are stuck in some kind of muck. It's as if our knowledge of the choice between knowledge and life pollutes both choices some how.