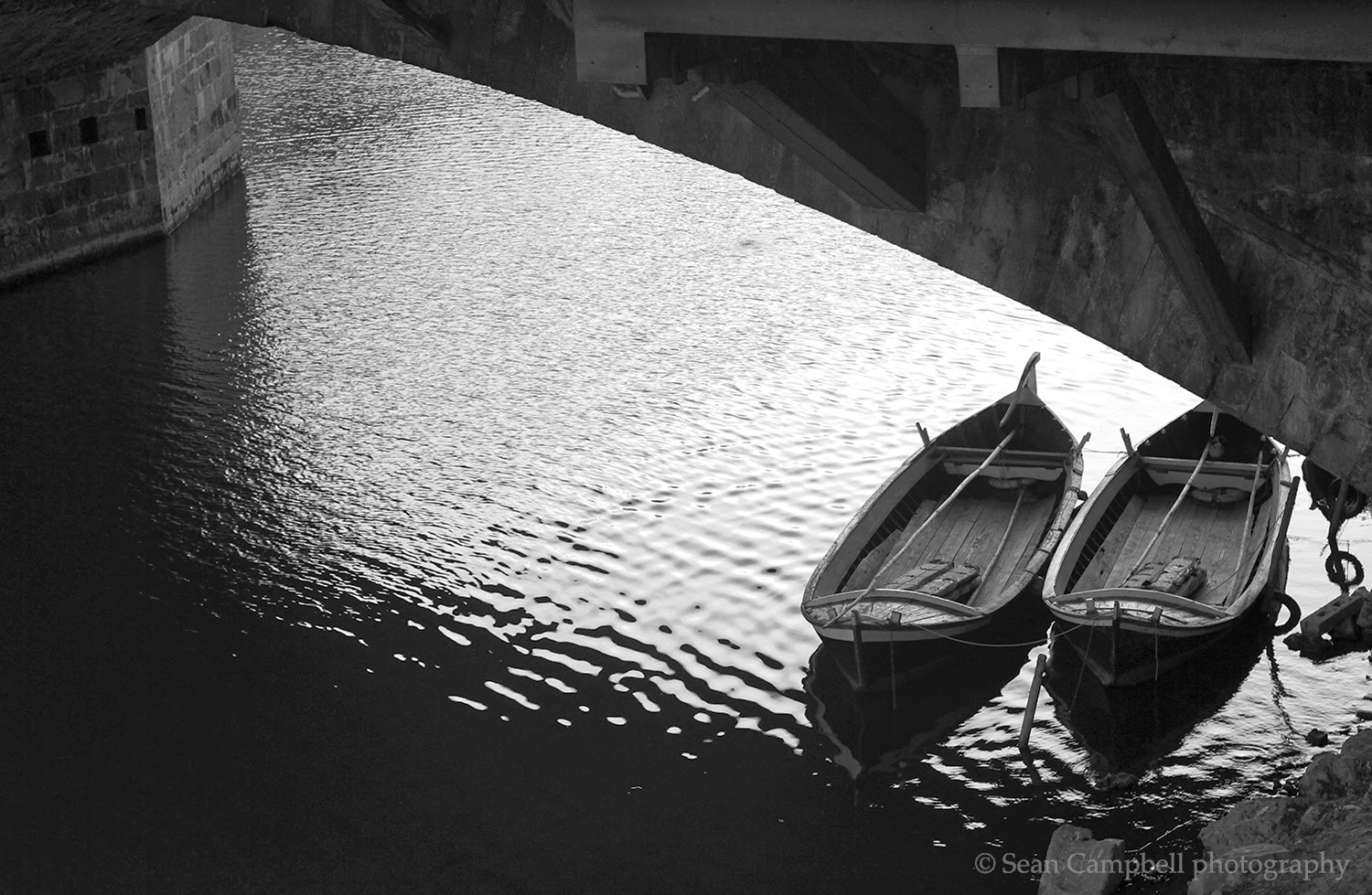 In Fellini’s La Dolce Vita, Marcelo lives the sweet life of a celebrity journalist while occasionally covering stories of simple religious faith among the ‘’common” people.  Marcelo, however, finds flaws in both the literalist religion that surrounds him in Rome and the secular hedonism that he continually indulges in. He is unable to find a meaningful third option and, as days go by, he grows more and more miserable.  PeeJay Bodoy conceived of an evening at Kava Café at MiMA (42nd street) around this theme and invited photographer Sean Campbell to submit contemporary photos from a recent trip to Italy in regard to this theme.

Sean Campbell had wanted the perfect pair of custom made Italian shoes.  Not just shoes, but shoes to end all shoes.  He heard of a master craftsman in Italy and was willing to splurge in regard to his hard earned savings for a pair of shoes worthy of a pope. Thus began his pilgrimage.  Alas, the best laid plans.  Upon arriving in Italy and meeting the master shoe-maker, he learned that this artisan only makes shoes up to size twelve.  Beyond twelve…unthinkable! Sean, a guy well exceeding six feet, left empty-handed (footed?) but availed himself of opportunities to snap some shots while backpacking around the peninsula. 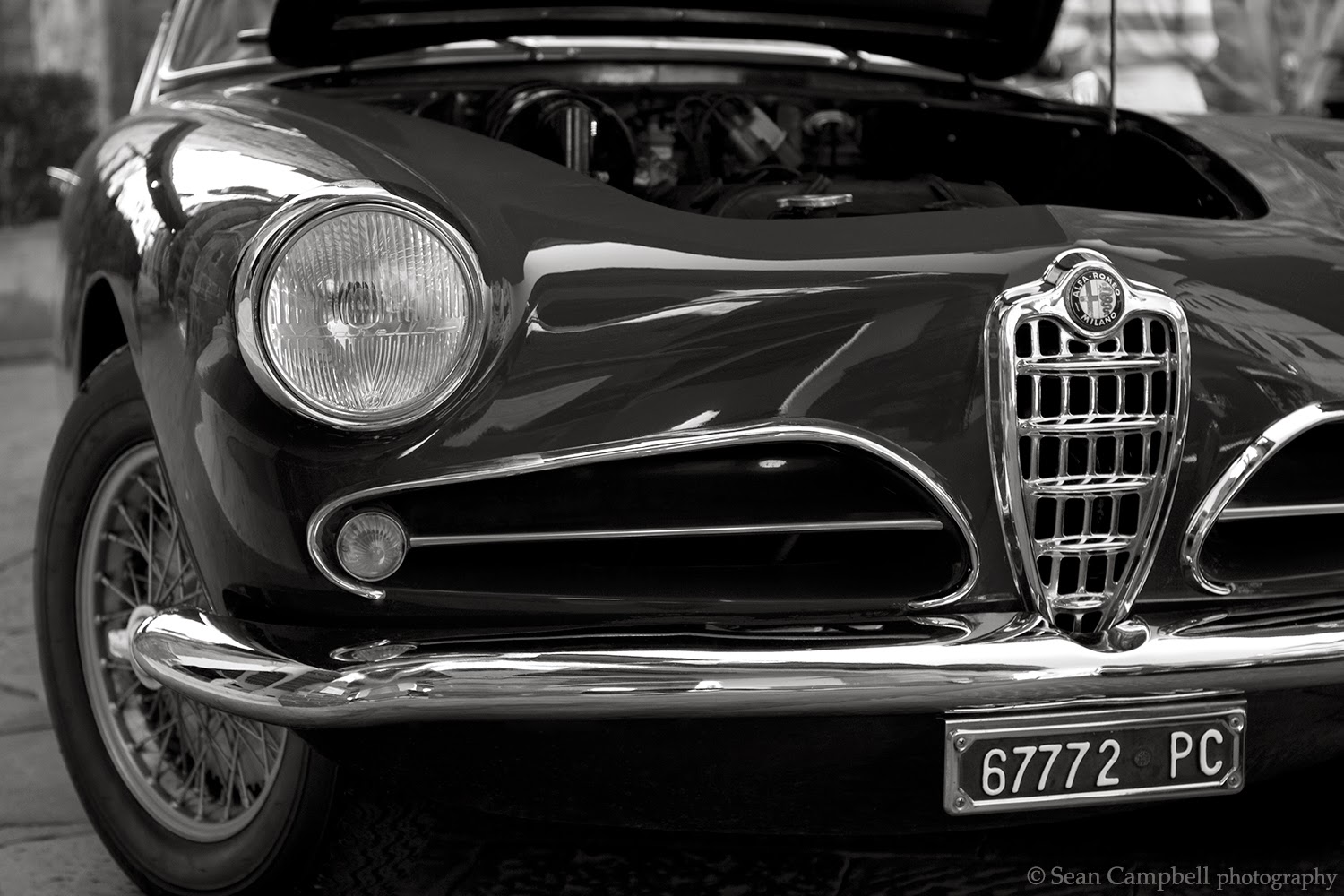 The irony of the title of the film by Fellini is probably meant to impact one’s interpretations of the pieces.  Knowing this, Campbell picked out relatively simple and straight-forward examples of stuff that might connote ‘the good life’ from his recent trip.  In Montalcino, as he entered the town, 20 antique Italian cars rolled in for a show, including the Alfa Romeo he photographed.  Perhaps you are challenged to pick out what exactly the source of dissatisfaction or disillusionment might be found in a vintage Alfa Romeo.  Or, you might be invited to relish the iconic image of the ultimate car and drool over it.  Or you can just stand back in awe and savor the ostensible ease of life that type of product implies.  If a guy can buy an antique Alfa Romeo, he can buy a nice house, a couple politicians, a not-guilty verdict, a good education for the kids, a trophy wife etc.  The world is his oyster.  He is Faust and the devil answers to him. 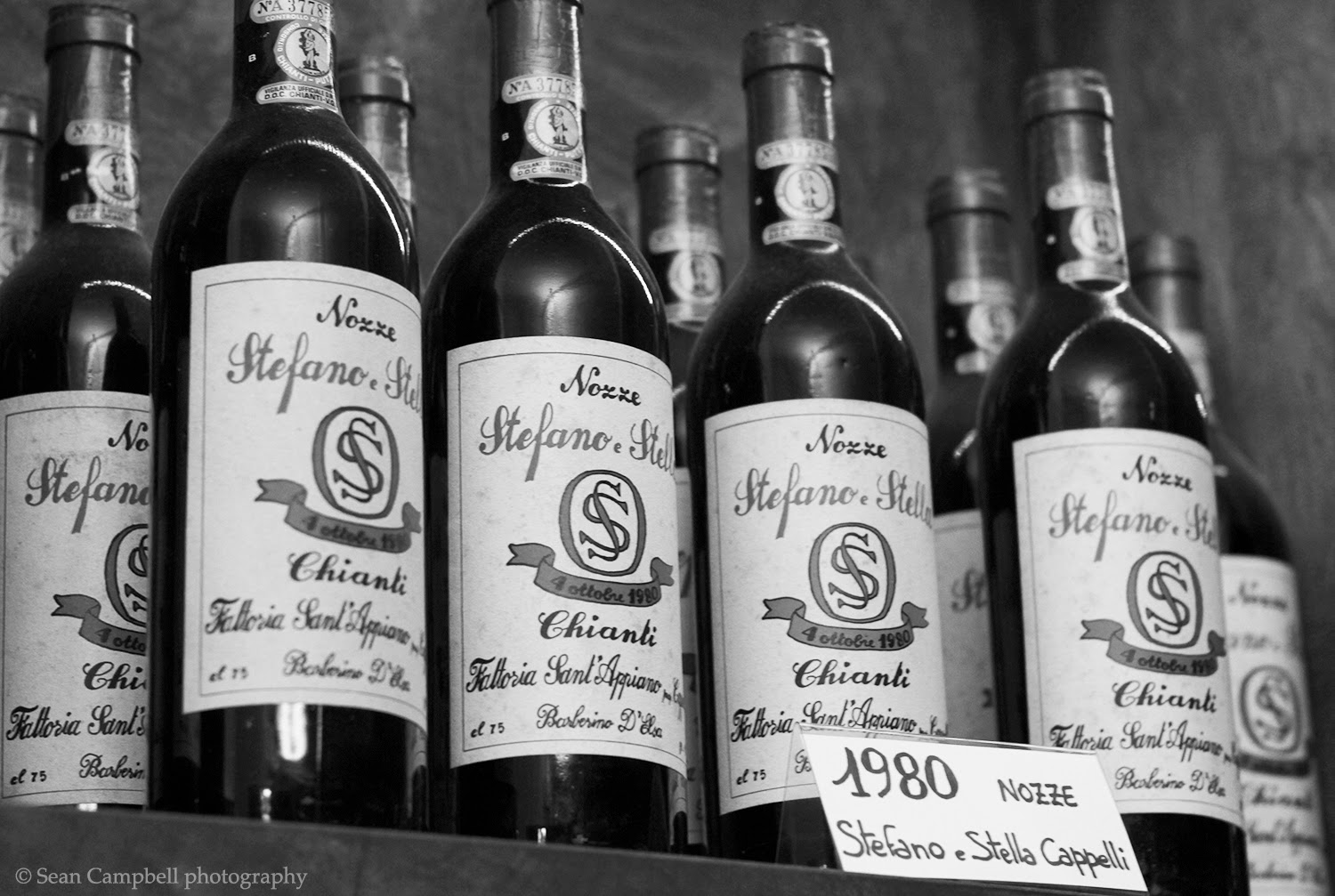 We also see bottles of ‘wedding wine’ and a type of dried pork hanging in a shop.  Wine, of course, is a symbol of spiritual elevation.  In the ancient world it was the color of blood and when folks drank it, they were transformed. They became more tolerant, open-minded, sociable and joyous.  So in the photos of the wine and pork, the ‘stuff’ of the good life is transcended and possesses less tangible meanings.  Jesus’ first miracle in the Gospel of John is turning water into wine at a wedding.  A wedding represents a union allowing for the creation of new life or a new type of being. The pork bears the name: Tuscany.  Campbell took the photo because he had never seen pork hanging that way, with tomatoes, but also because it helped memorialize his stay in Tuscany.   It’s almost a Dada-like image to help equate a stay in a place with chunks of meat and tomatoes.  Even in exotic locales, undergoing enriching cultural and travel experiences, the priority is to sustain the human organism. Tuscany, despite everything culturally elevating, basically equals pork.  So we get Jesus and Schopenhauer in these two photos. 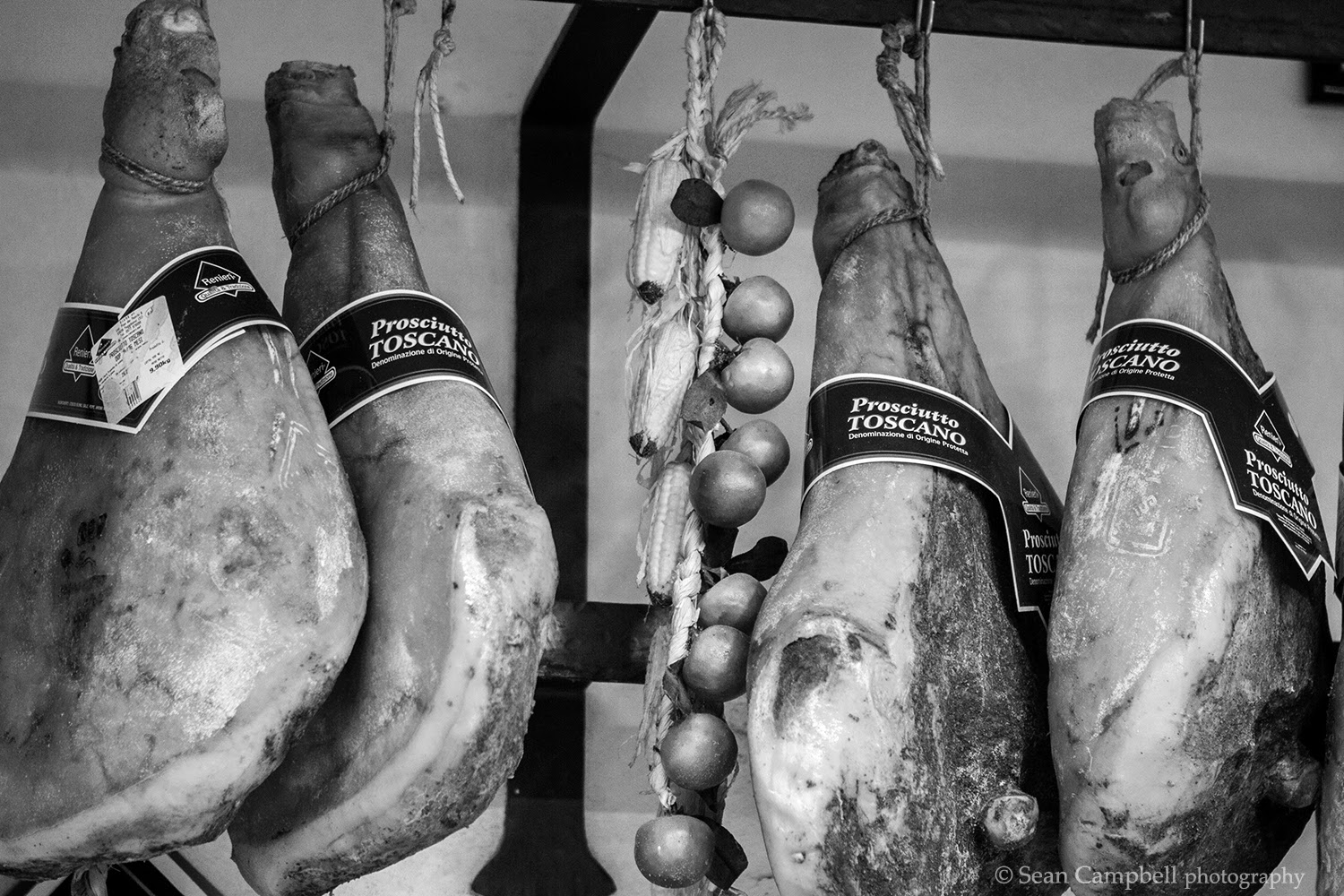 He also took a photo of an amazing old house at a cul de sac just because he was dazzled by the grandeur and purity of it.  Doing research later, he realized it has been used in some Hollywood films. As he pointed out in email to me:  “The huge house on Lenno, Lake Como, called Villa del Balbianello,  was featured in a few movie scenes, including Casino Royale starring Daniel Craig and in the recent Star Wars movie, the wedding scene of Princess Padama and Anaken Skywalker.” 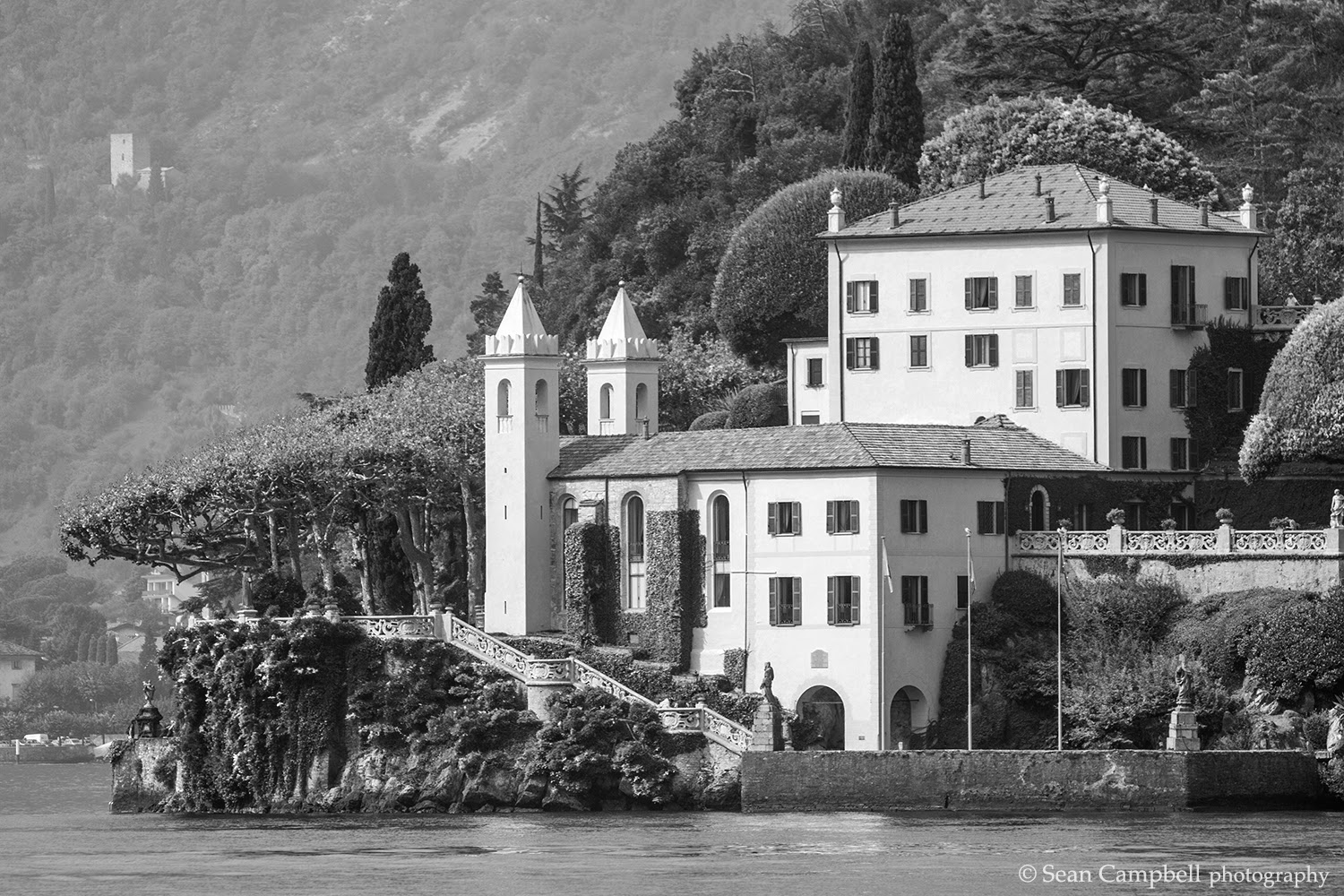 My favorite photo was, however, of the two empty canoes under a bridge:  the Ponte Vecchio Bridge in Florence, the oldest bridge there. To me, it represented both the possibility for and absence of the types of leisure experiences most often thought to make up the good life.  Are these boats being stored after a busy day of usage?  Are they just floating there because of the economic downturn in Italy?  Is Campbell making a comment about the economic crisis or is this more of an existential statement? The boats are there, the experience is there, the ease and leisure are there, but who can now afford this?  When the crisis is over, will we go back to this, or will we have become accustomed to austerity and other, perhaps, more meaningful sources of gratification? 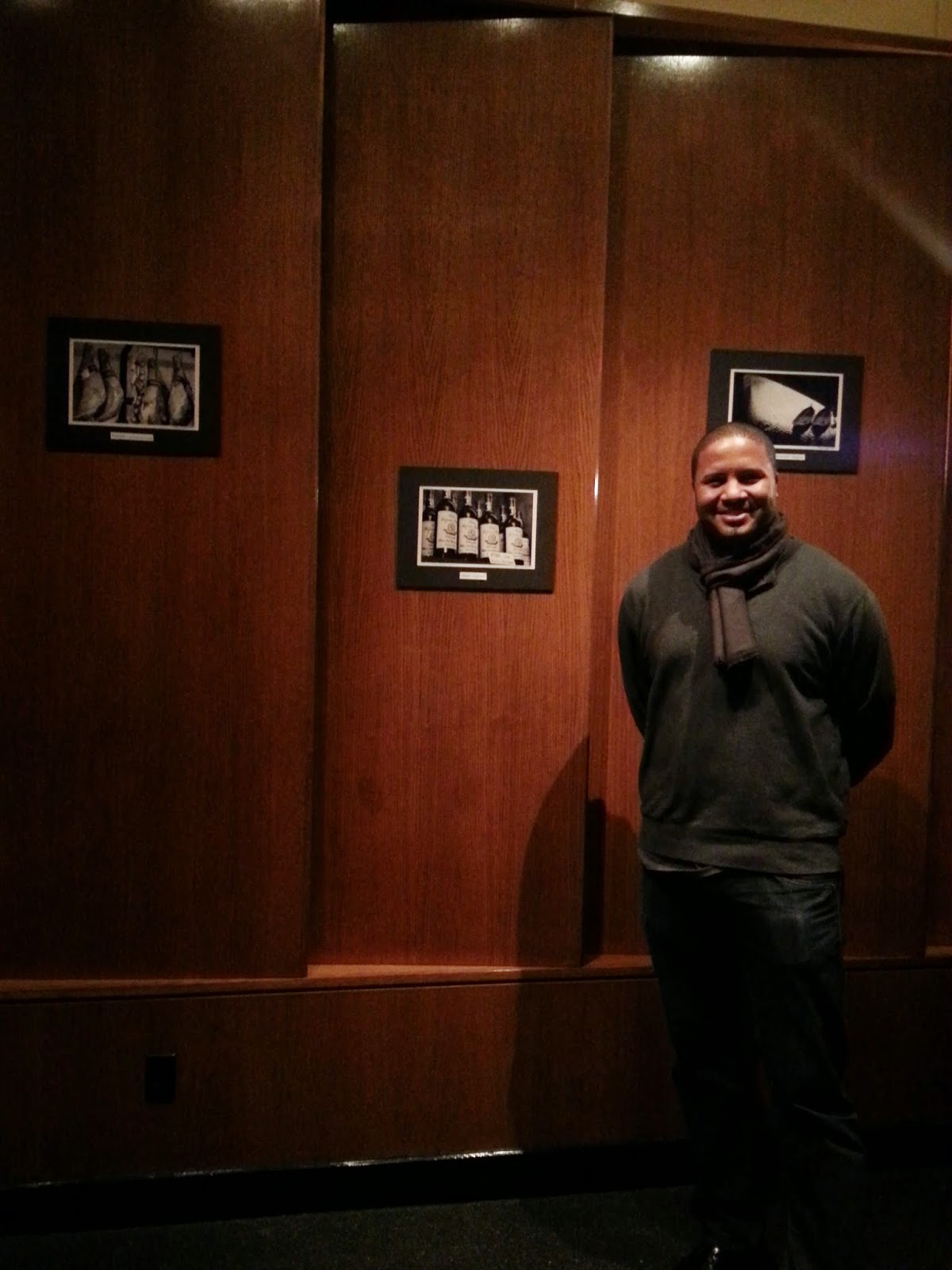 {{Photo by Yunhee Oh of Sean Campbell}}
Posted by Daniel Gauss at 10:08 AM