Steven Naifeh at Mana Contemporary and Leila Heller - sculpture as 'via negativa'? 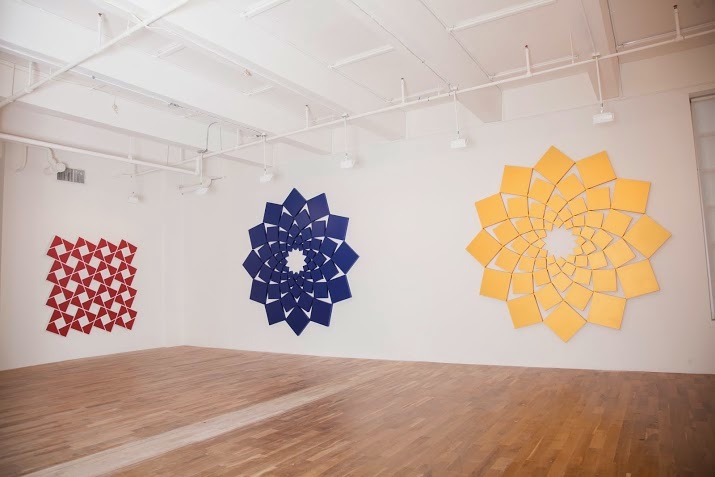 The “via negativa” (negative way) is a concept which indicates that you can only really know what God is by knowing what God is not.  By establishing a number of indisputable statements for what God simply cannot be, you begin to develop an intuitive sense of what God really is, although you cannot articulate this awareness directly.

Looking at other reviews of Steven Naifeh’s work, folks point out that he was inspired by Islamic geometrical designs and western abstraction. That’s fine, that’s true and you can win at Jeopardy! with that kind of answer, but I like to try to figure out what folks are trying to convey in their work – to find some kind of meaning for myself.  That’s the challenge of art, isn’t it?  That’s why we should have greater art education programs in our schools – if you wanna get those neurons popping and those dendrites branching, interpreting art is de rigueur.

So, what is Naifeh potentially doing?  I’d like to focus on one type of Naifeh’s work – the pieces where squares of increasing size create a central empty space surrounded by a type of leaf pattern.  To me, this type of work by Steven Naifeh at Leila Heller and at Mana Contemporary is a type of via negativa.  We can think of the squares as ‘negative statements’ and the empty space as ‘that which can’t be articulated’.  Or we can even say that positive statements can become negative statements when we encounter various aspects of our inner lives/inner realities.  Positive statements often become utterly useless, and therefore negative, in a true process of inner discernment and humane development. When we introspect, and when we try to come to terms with our emotions, motives and cognitive processes, it’s the empty spaces we are looking for, not the categorical ‘true’ statements.

Scientists are using brain scanners to map every cubic millimeter of the brain’s physiology and they are not telling us much which is useful.  They do not know what morality is or from where it sprang.  They can’t tell us why we believe in moral or spiritual development or whether this is even possible. The meaning that virtually everyone seeks is not touched by science or even acknowledged. They say there’s a ‘god gene’ but they can’t explain, as Dostoyevsky once wrote somewhere, how we came up with the amazing concepts of infinite forgiveness and unconditional love.  Our genes do not point to this, my friend.  Take your ‘god gene’ and stuff it.  Our genes compel us to eat, procreate and compete.  These truths, basically, become baloney sausage when we find the empty spaces that allow us to move beyond what science says we are. 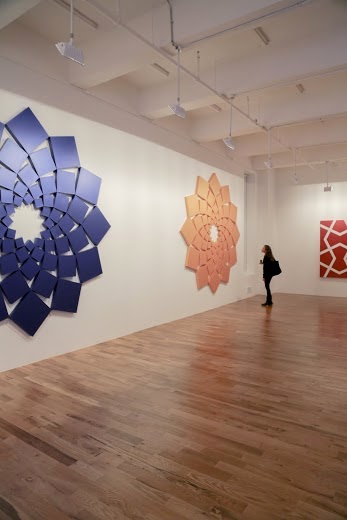 So I think the key to understanding this stuff by Naifeh is that he uses squares and gets a kind of empty floral or solar pattern using a via negativa approach. So, why squares?

Well, I think the square represents or symbolizes ‘order’. It’s a type of perfection.  It’s also like a brick – it’s something you use to build stuff with.  It’s made of four equal sides and four seems to be a very important symbolic number. There are four seasons, four directions, there were, supposedly, four elements from which everything was made.  Four seems to be a very practical thing, an earthy, real number.  It’s something concrete, something you can touch and build with. Animals have four legs, tables have four legs – four represents stability and strength. 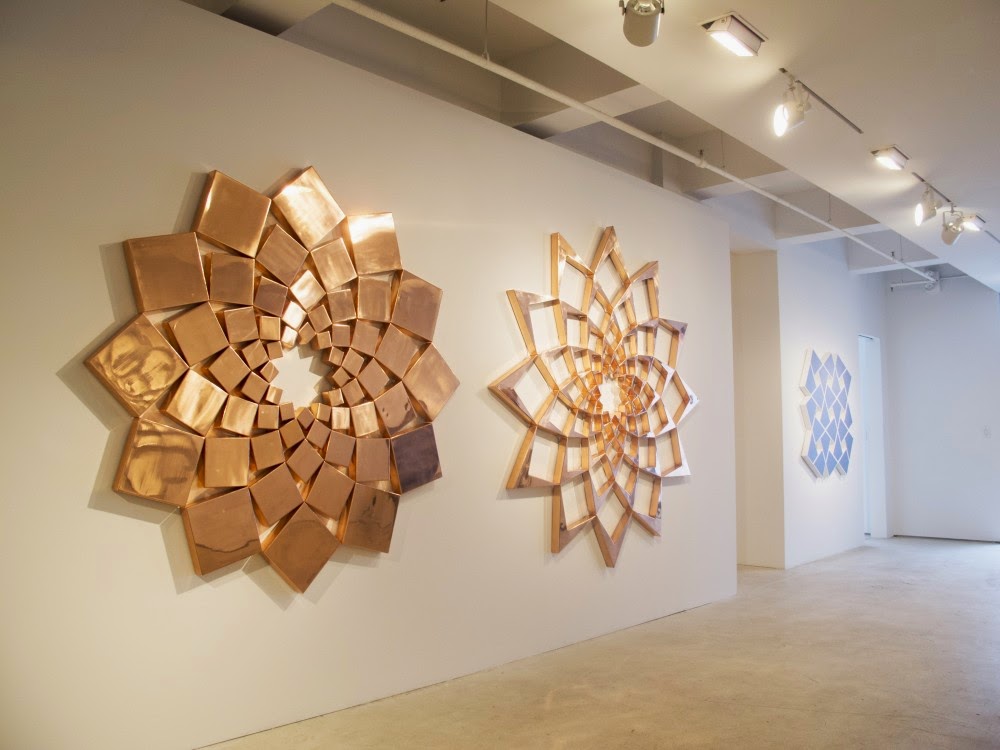 So the coincidence that you can take these building blocks and by arranging them in a certain order you can get a stylized version of the sun is what provides the meaning – by creating a critical mass of these squares you get the negative image of, basically, a solar body – something that is self-generating in its creativity and benevolence.

Why the sun?  Well, the sun is probably the most important religious symbol ever created.  And, speaking of the Middle East, which religion was the predominant religion of that region, until wiped out by an army?  Zoroastrianism, the religion where the sun represented everything good and beneficial to mankind.  The sun provides light and heat and is responsible for the development of all life.  It creates light itself and it is mysteriously self-generating in its heat and warmth.  Solar gods became the chief gods in many pantheons.  Indeed, some folks believe “Jesus” himself, is, basically, a type of solar god.  You know what happens on the 25th of December, don’t you?  Three days after the solstice, after three days of stagnation (death), after the darkest night of the year, the sun begins its ‘rebirth’ in the sky.  Coincidentally, and they don’t tell you this in Sunday school, Horus, Osiris, Mithra and other assorted holy folks were also all born on December 25th. On the solstice the sun seems to ‘die’ and three days later starts to gain strength again. 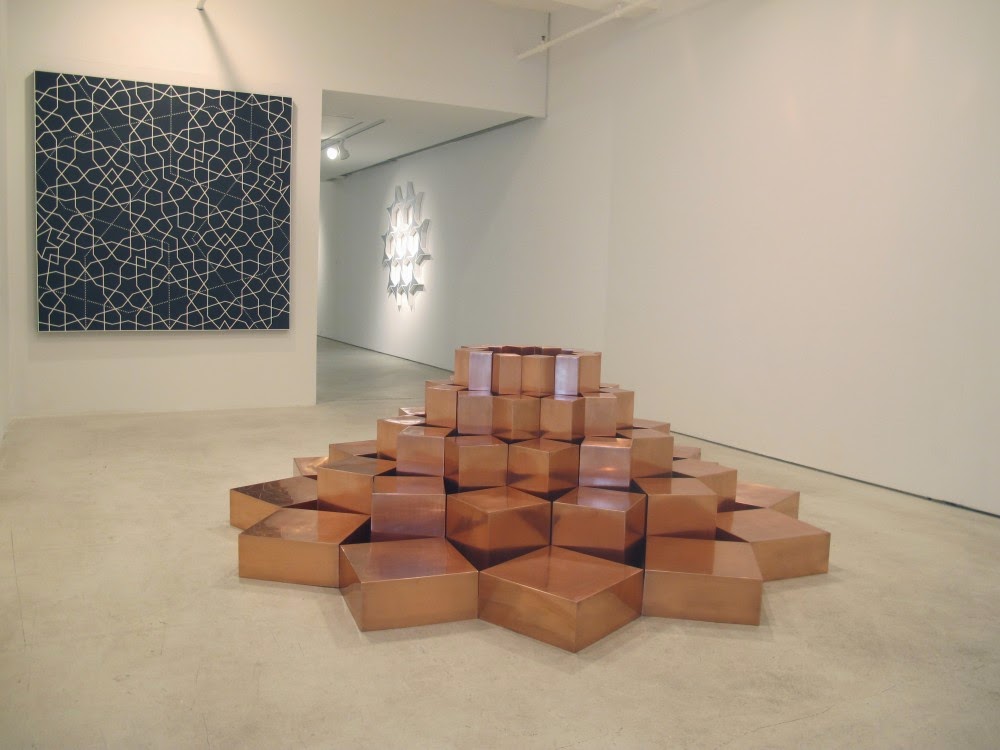 So we get a visual paradox to approximate an internal paradox.  The more we pile up these bricks the more we begin to value the space these bricks inadvertently create.  Stacking these squares together gives us an empty space that clearly seems to represent the sun. The more we rely on reason and positive statements, the more we realize that we have to go beyond this for real understanding and greater inner meaning and progress. The build-up or placement of the squares is like an elaborate attempt at system building, but the completely constructed system fails magnificently, revealing the truth as an opening or a passage. 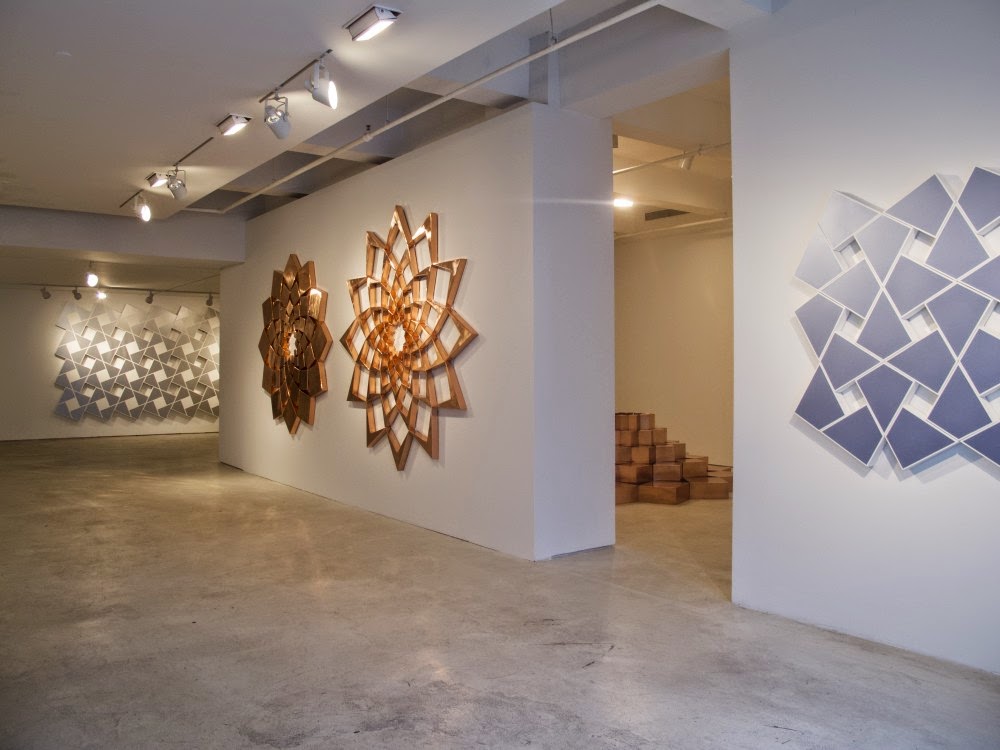