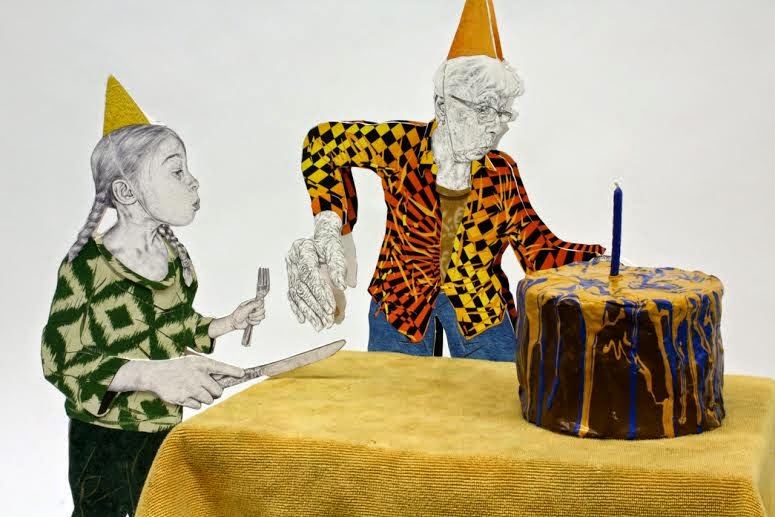 The key to understanding Craig Norton‘s work at Jim Kempner Fine Art might be in answering why all these old people are so happy.  Indeed, at the show my big question was how everyone my own age could be so miserable and stressed out while these older folks seemed so serene and fulfilled.  And, it’s not just the old folks in the Norton show:  I’ve seen this phenomenon before. 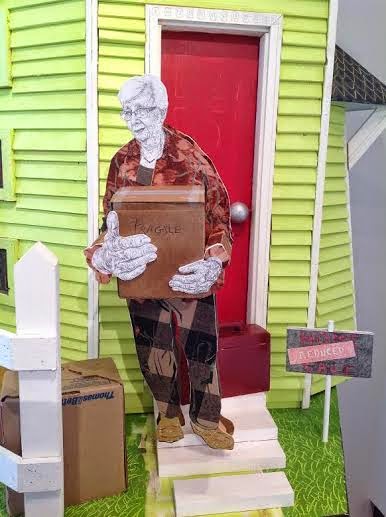 My grandmother was a saintly woman – I never saw her become angry and I noticed that she had the same charm and grace that the elderly have in Norton’s show.  Also, I went through the Catholic school system in Chicago, and I clearly recall some of the older nuns exhibiting this type of inner peace and equanimity.  Sister Stanislaus, you were truly an angel of God when you taught us math.  Sister Gertude, you are long gone, but you still have my thanks for your kind tolerance.  I guess that’s why I like this show at Kempner so much.  It’s as if these older folks have become privy to a secret the rest of us don’t know…yet. 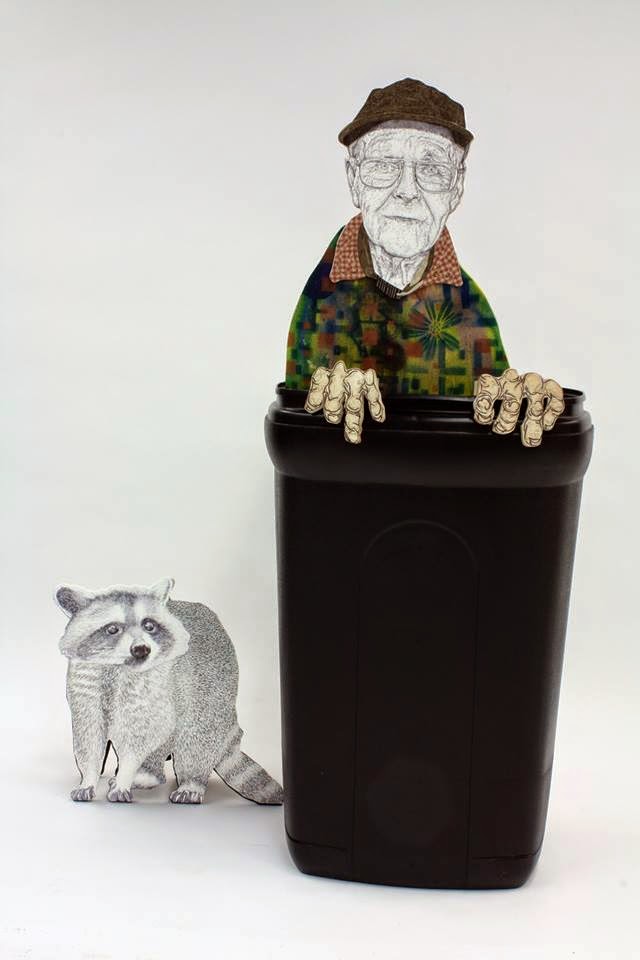 Their smiles and their transparent kindness and peacefulness are so benevolent and trusting and reassuring.  We younger folks think, but wait a minute – you’ve got one foot in the grave!  Where’s your anxiety!?  Where are your regrets!?  This is so counter-intuitive!  How can you be so happy!? 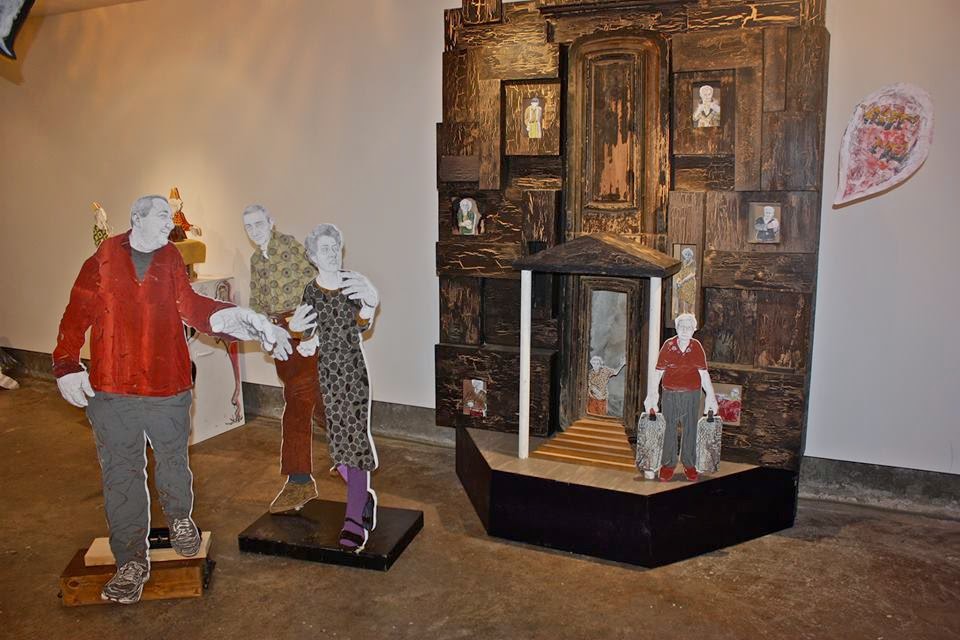 So as an ex-sociology student I’ve come up with some theories as to why old folks might be happy.   1) Being old is like being fired from a crappy job.  Deep down inside you wanted to get out, and now you’re out and you can laugh your ass off.  Man, that job was stupid!  2)  No more mindless competition.  When you’re old and retired nobody even asks you what you used to do. Only idiots don’t give you unconditional respect for being elderly. You can relax and just be a goddamn human being for a change.  Ok, that’s enough. Those two reasons are enough. So another big question is: why does Norton draw faces and hands in a very stark manner but then surround them with colorful clothing and background features?  I don’t know.  Your guess would probably be better than mine.  The lifeless stuff around the faces and hands looks more colorful and the features that possess life are colorless.  Maybe the artist is implying that our environment and the stuff that surrounds us is an endless source of engagement and really the life-giving element for us.  Maybe he wishes to call our greater attention to the details of faces and hands by removing the color from them. 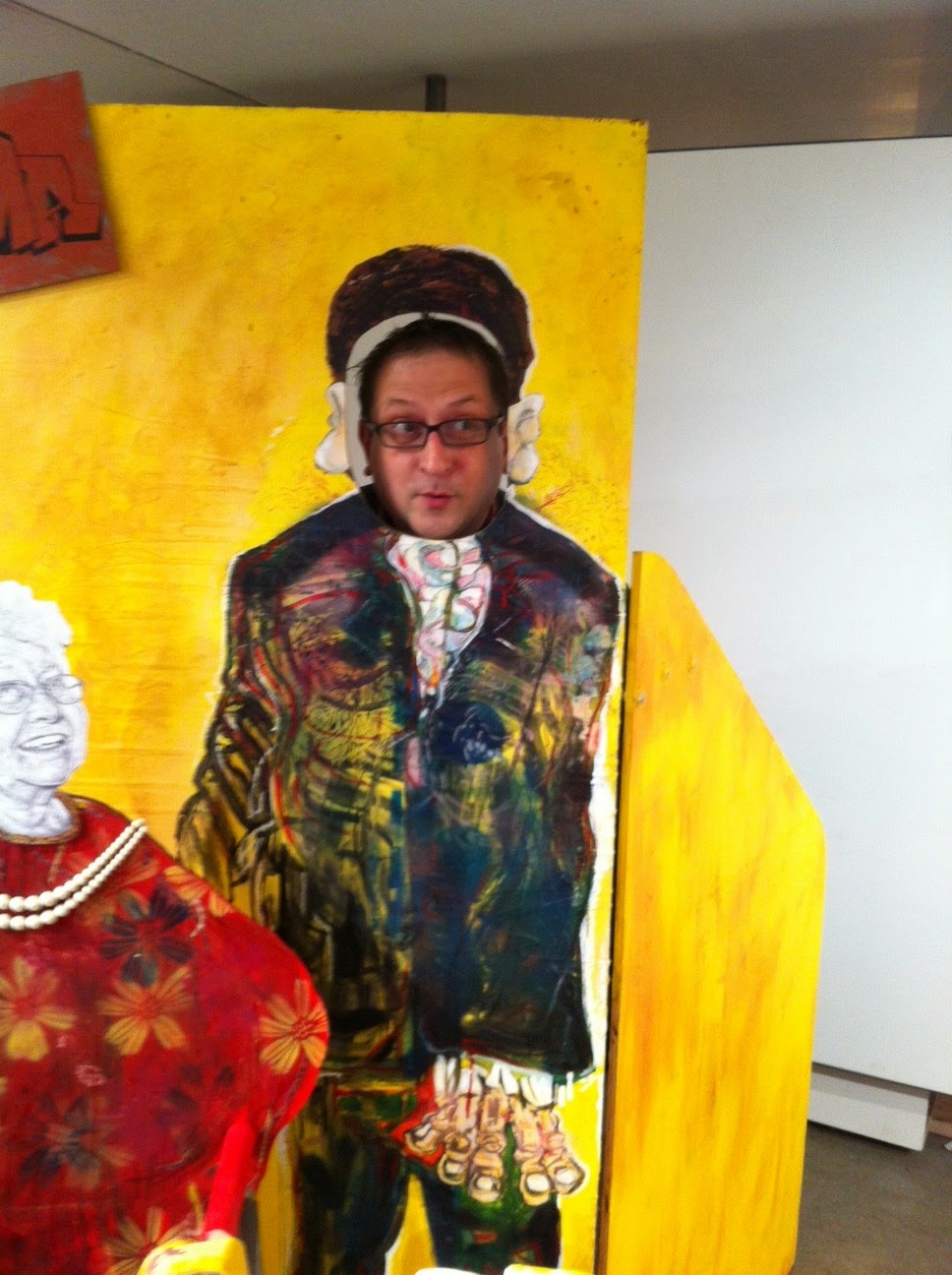 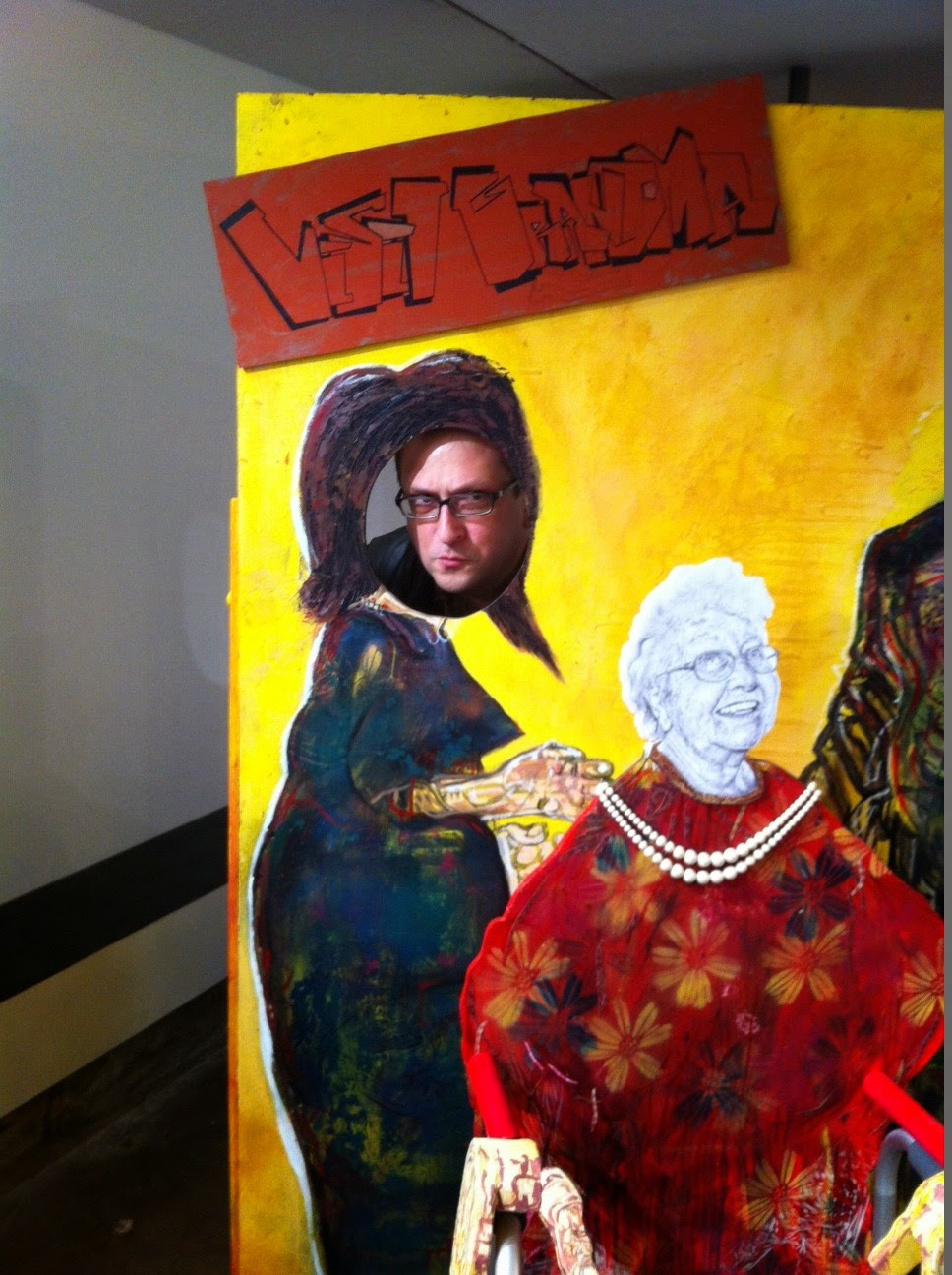 (Photos of me taken by an anonymous Russian guy, I'll just call him: Rustam)

As long as I’m writing about Kempner’s amazing gallery, I would be remiss if I didn’t mention his video series ‘The Madness of Art’.

He’s been making short videos about what it’s like to run a gallery in Chelsea and some of these are pretty dang funny.  Also, I like the cameos with actual artists.  Off the top of my head, I loved the episode where Tony Fitzpatrick strong-arms a gallery show out of Kempner and I especially loved the episode where Robert Indiana walks into the gallery and is mistaken for a homeless bum seeking shelter.  Indiana then demands that one of his pieces be removed from the gallery because it looks like a forgery. Now that’s funny stuff!