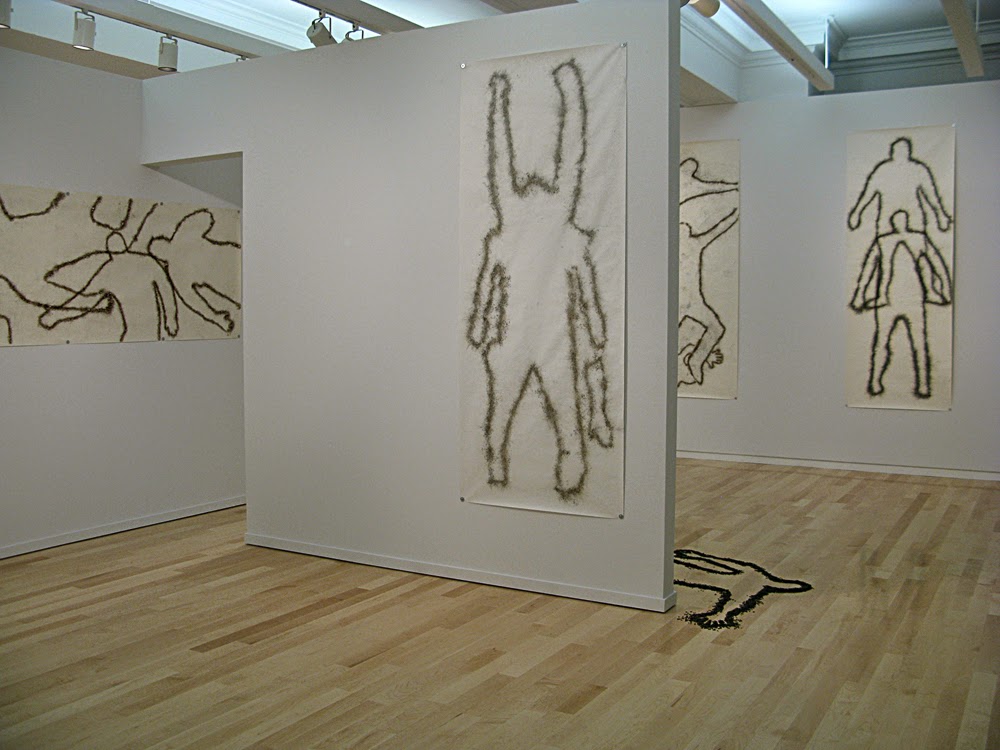 I was in Chicago last week and wanted to pass on some info and photos of a great show I caught.

In a previous piece Dutes Miller and Stan Shellabarger (husband/husband) dug two graves, next to each other, with an underground opening allowing them to join hands while lying apart from each other in these dirt holes.  Their work, in general, seems to be about the desire for selfless and eternal union (on a personal and perhaps even community level) and the possibility/impossibility for the fulfillment of this desire.

Their work at the Cultural Center in Chicago (Again Gone) involves two types of body outlines.  Many of the body outlines outline the union of Miller and Shellabarger’s bodies on a two dimensional surface.  The outlines one sees on the walls are due to the afterimage caused by the flash of gunpowder which had outlined their bodies.  The outlines on the floor are made of black oil sunflower seeds. 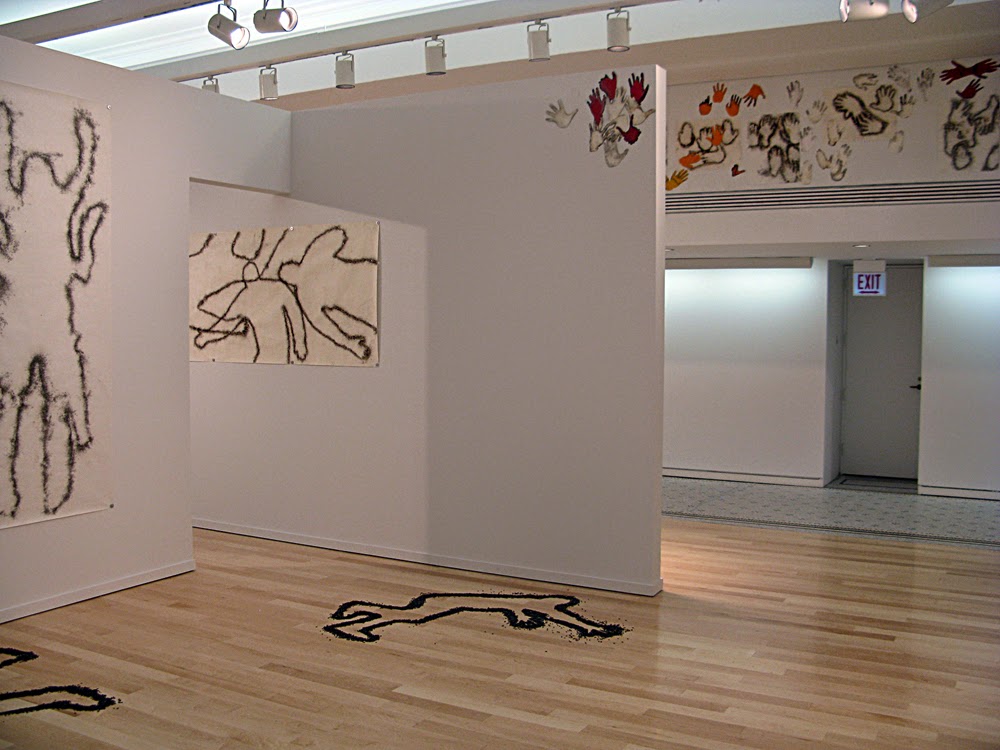 So the outlines on the walls exist as a result of the expenditure of combustible energy.  The outlines on the ground possess a type of nutrient and untapped energy.  So the wall images seem to represent the effect of our presence in the world, while the floor images seem to represent the capacity for future engagement/effect. Is this the sum total of our lives – explosive effects and a capacity to nourish and enrich each other?  If so, even these meaningful and explosive actions seem ephemeral when depicted as mere outlines of the human form.

Are the artists implying that we start with the capacity to enrich and nourish each other but this energy is expended, instead, in explosive bursts? Yet, the seeds lie on the ground as if outlines of a murder scene.  Are the artists implying a relationship between the wall outlines and the floor outlines and, if so, which is the proper sequence – wall to floor or floor to wall? 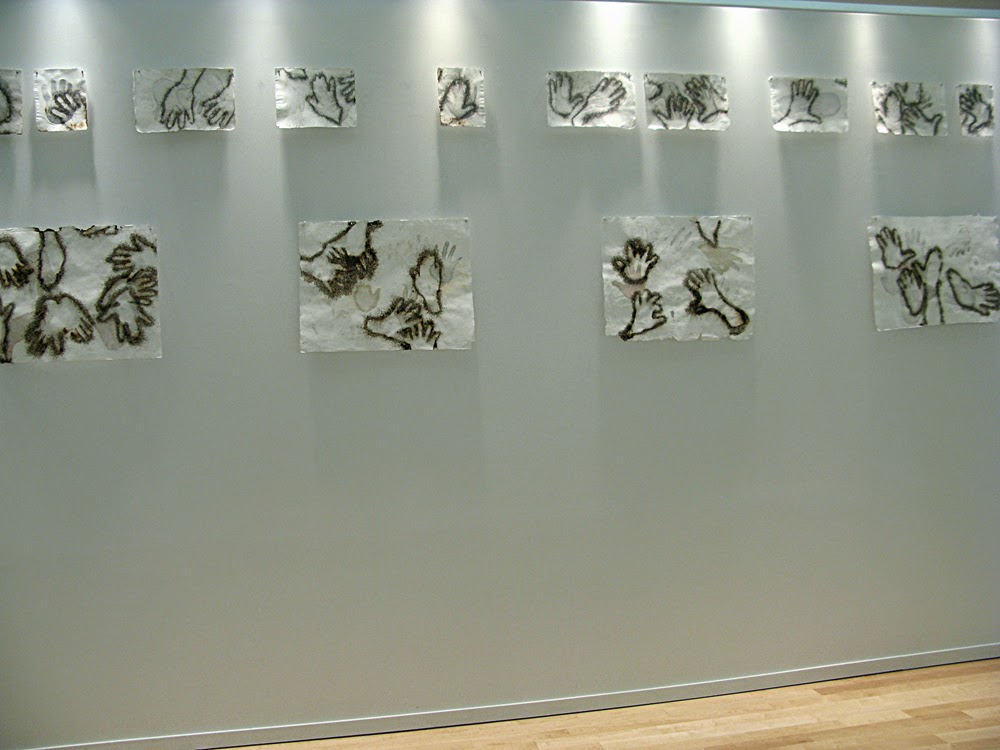 The effect of Miller and Shellabarger’s work was quite moving to me and if you are in Chicago or going to Chicago in the near future, please drop by the Cultural Center to see the work in person.  At the Cultural Center you can also see an amazing Tiffany dome and right across Michigan Avenue you can, of course, do the new de rigueur Chicago thing and snap a selfie at “The Bean.”
Posted by Daniel Gauss at 3:47 PM