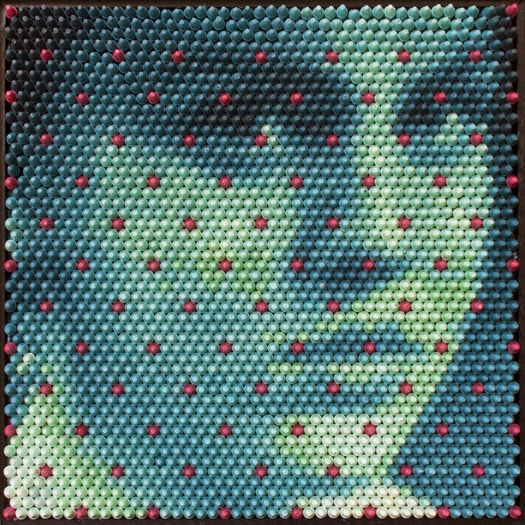 As the cognitive psychologist Jerome Bruner pointed out, before children can visually represent anything, they scribble. Scribbling with crayons is a form of process or action art in which the child does not even attempt to represent anything, yet the child seems to derive immense pleasure from this expressive act. With a pack of crayons the child chooses from among differing colors, discovering preferences, learning the emotional effects of the differing colors and also learning that his/her expressive actions can result in a type of beauty to be shared with others. 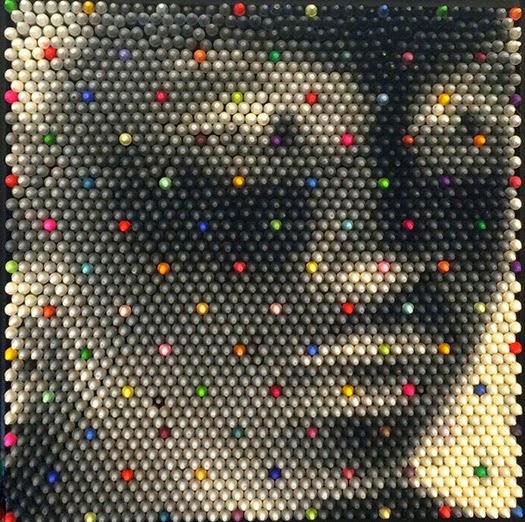 Christian Faur uses crayons as his medium of expression in his current work at Kim Foster Gallery (part of a group show called Heavy Lite). In fact, I’ve been waiting a couple years to see a good representation of Faur’s work again – he’s always been one of my favorite artists represented in Chelsea. Gallery hoppers at the Kim Foster Gallery are generally dazzled by the creativity and innovation in his work, even though what he does may sound pretty simple: basically, Faur takes photographic images and replaces the pixels with crayons.

So, what does this mean? 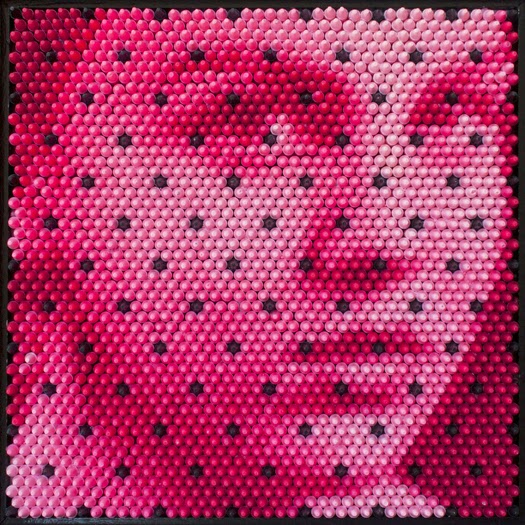 Unlike a pixel a crayon holds tons of potential expressive energy.  Each crayon is like a little chunk of U-238 (uranium) waiting to be converted from matter to energy. I am pretty sure that if you stuck a three year old kid in front of one of Faur’s works, the kid would start drooling (representing our inherent NEED to express when the opportunity to express is present). Standing in front of one of Faur’s works gives you this feeling of raw potential expressive energy that is pent up in each image. Each image could be deconstructed (and I’m not referencing Derrida here) into miles of wonderfully chaotic scribbles. 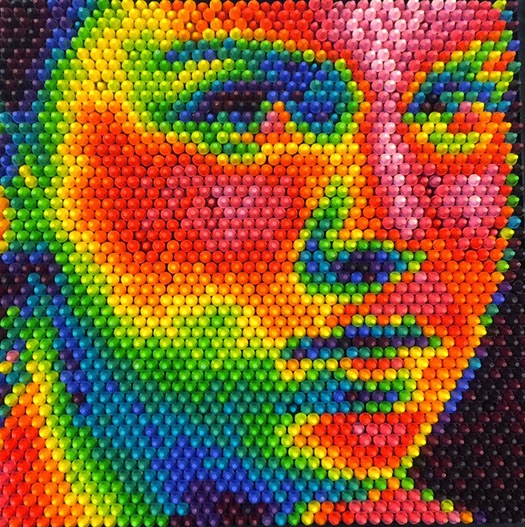 Physically moving around these sculptural works also highlights the pent up expressive energy laden in each piece. As you move around your ability to see the images changes. Get close enough or view a piece from an angle and you no longer see the image, but, instead, the tips of the various crayons. If we use the Boltzmann-Plank definition of entropy, and view entropy as a means to assess disorder, Faur’s work represents a type of ektropy (the opposite concept of entropy) – or amazing, flabbergasting, almost Prussian, almost angelic order. Each piece seems eternal in its anti-entropic order, yet we are also hit with the realization that this could be converted at any time into frivolously joyful childlike expression. Maybe the big message here is that all art is a type of conversion of matter into energy, with the artist as the intermediary.
--------------------------------------------------------------------
A better perspective to see how Faur uses crayons... 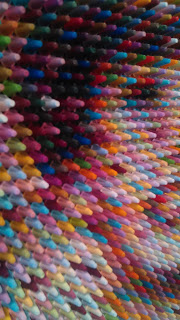