The Color of Desire: Japanese Prints from the Floating World Gallery of Chicago 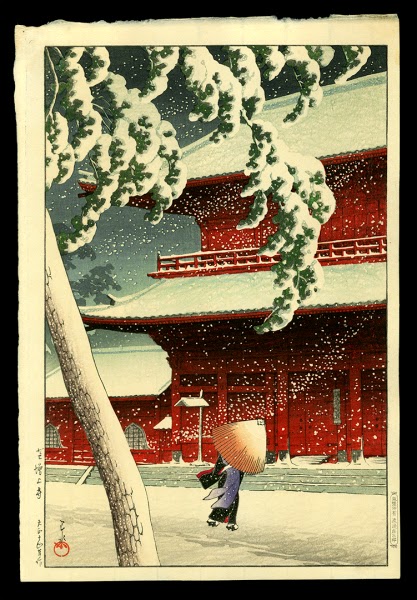 One of the reasons why the color red is able to arrest our attention so easily is that it tends to appear closer, in psychological tests, than it actually is. It has the longest wave-length of any other perceivable color and perceiving the color red has tangible and measurable effects on the human body. For instance, just perceiving the color red can increase your heart beat and an experiment showed that students who looked at the color red before taking a test did much worse than a control group of students who did not (the experimental group lost its concentration and wasn’t able to focus as well). Red is the ‘hottest’ color, it can trigger our ‘fight or flight’ response and it is a stimulant – basically, it gets us excited. 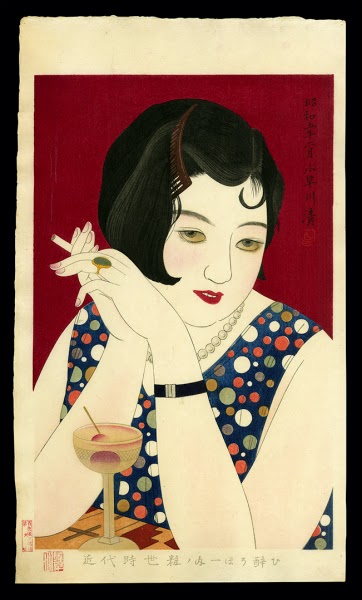 Floating World Gallery from Chicago has brought an amazing show to Asia Week called: The Color of Desire: Crimson in Japanese Prints. You get the crimson color through a mixture of red with just a little bit of blue, and, in fact, the first crimson dyes were made from the crushed bodies of certain female insects that derive their nutrition from the sap of oak trees. 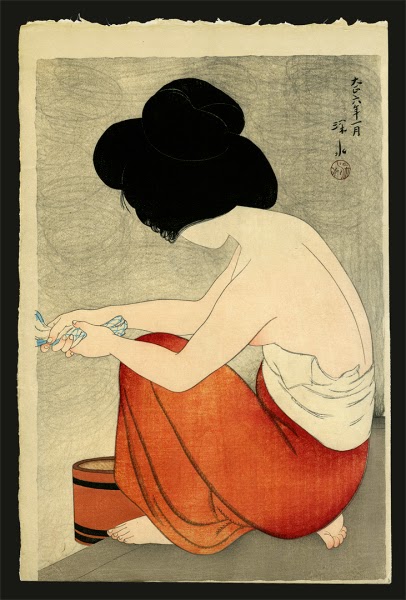 Many of the paintings in the show were apparently created in order to deliberately arouse desire, so the color crimson is often the background or part of the attire of the ultimate object of desire in the history of art – a sexy woman. Yet, a sense of desire is often induced in sometimes unconventional ways. For instance there are some paintings in the show in which we see women in the process of applying makeup or, in one piece, we see a woman whose kimono top has dropped, exposing her breasts, as she is hunched over cutting her toenails. We are invited to indulge in any latent voyeuristic proclivities that we may have – secretly watching the women prepare themselves becomes more erotic than gazing at the women after they have completed their beauty regimen.  Mishima once said, “Unrequited love is the highest form of love…”, here unengaged desire becomes paramount and one’s excitement is magnified through the surreptitious means of viewing that which is desired - the fantasy and the fetish provide more intense gratification than the reality of consummation. 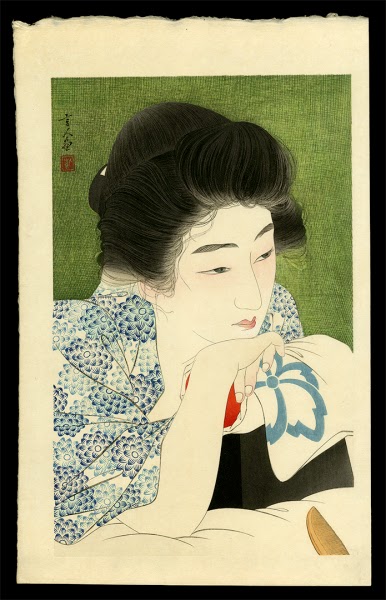 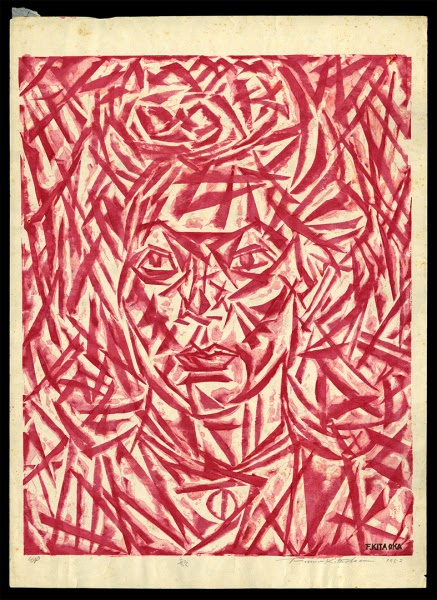 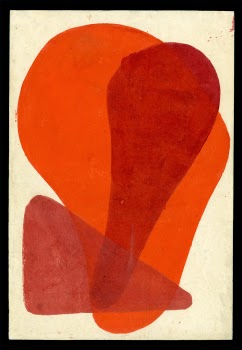 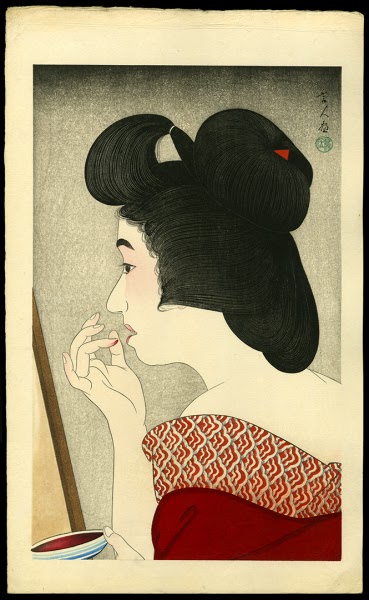