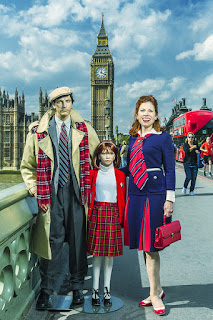 Almost all of the research on human ‘mate selection’ deals with those factors which ensure attraction by making one person feel good or pleasant about or to another person. You might, however, question the premise that our choice of a partner involves avoiding anything that might clash with our politics, lifestyle, personality, appearance and ethnicity. You might also question the over-arching assumption of this research, which seems to show that women tend to be primarily attracted to men based on their status while men tend to be primarily attracted to women based on their physical appearance.

What the research fails to even investigate, however, are the social pressures involved in compelling many folks to partner up in the first place. Suzanne Heintz is a conceptual photographer who has regularly done work investigating and impugning social norms and, in her latest series of photos at JoAnne Artman’s Chelsea location, Heintz looks at the social pressures to cave into the expectations that others set for us in regard to marriage and starting a family. 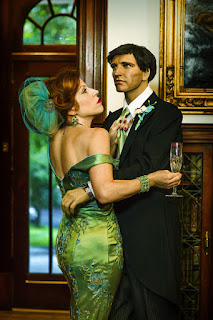 Apparently in regard to constant badgering from her friends as to when she was going to get married, Heintz created her own ideal mannequin mate and child who co-star with her in numerous photos demonstrating to the world that Heintz is, indeed, married, with a child, and absolutely positively as happy as a woman can be now that she has bought into this well-trodden lifestyle. Her husband is the WASPily handsome Chauncey and the daughter is Mary Margaret (a name potentially a little too Catholic, but a woman has a right to take some risks, I suppose – interestingly, the name Chauncey is of Norman origin and became a male ‘given’ name in the US in honor of Charles Chauncey, an early president of Harvard). 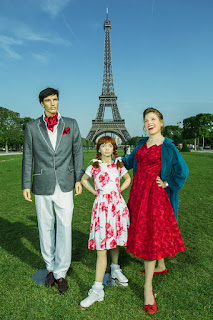 So Heintz focuses on action taken not to derive any sense of meaningful gratification, but action taken to avoid ridicule and to place oneself beyond the reproach of others. You do something to avoid the stick and not get the carrot. Or, if there is joy, it is a joy from doing what has already been done and feeling pleasure that one can now say he/she did it. In this type of marriage and family the husband and child are there to serve a psychological function. They are, basically, actors recruited or molded to ensure that a person is not subjected to social scorn and attack. All three family members form one conforming unit to ensure a happy, family comfort which is not real comfort, but an avoidance of contempt that approximates and mocks true comfort and serenity.

The partner in these photos is not defined by his amazing inner qualities, but by his ability to adapt on a visual level to an environment of affluent expectations. (And people wondered how an uneducated nobody from Germany could come to New York City a few years ago, call himself Clark Rockefeller, wear all the right clothes, use all the right idioms and marry into money while traversing the highest social circles.) 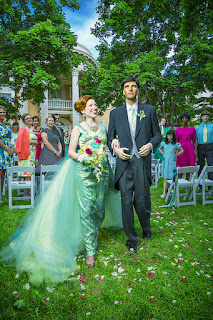 In fact, it’s not so much the marital status that is highlighted here in these photos as much as the overall upper-middle class lifestyle. It is as if a person would be insane to live unmarried and to do something that does not provide the lifestyle in the photos of travel, expensive housing, brand-name clothing etc. 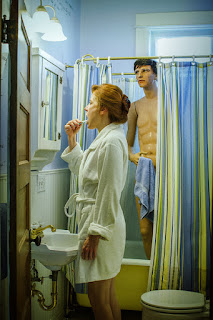 The rub, of course, is that nobody who chooses this type of life of luxury ever develops truly original or transformative ideas or lives life to its most profound level. It is basically a life exhibiting a type of cowardice toward life, where safety is the premium and those who show real courage and a sense of adventure are considered pariahs because they point to the cowardice behind affluence. ‘Solamen miseris socios habuisse doloris’ (from Marlowe’s Faustus) is usually translated as “Misery loves company.” Actually it means something like, “Unhappy folks derive happiness from folks being just as unhappy”.  These photos might warrant a slight alteration of the translation to “Luxury is a misery that loves company.” 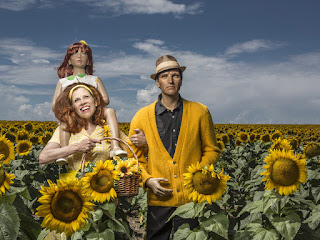