Cycladic Figures from the Metropolitan Museum 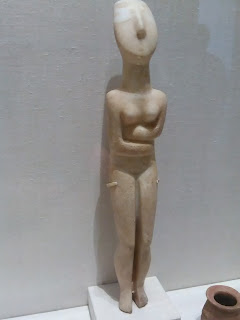 Nobody really knows what function these figures used to serve for their Cyclades' creators. During this period of human history, in this part of the world, 'art' always served some practical, magical purpose. 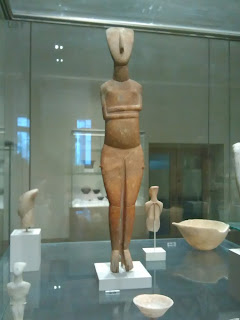 All archaeologists can tell us is that these figures were almost always female, they were painted and they were placed in graves. The Cyclades is a group of small islands in the Aegean Sea that seemed to form a circle around the island of Delos - the putative birthplace of Apollo. These figures date from a culture that existed from about 3000 to 1000 BCE. 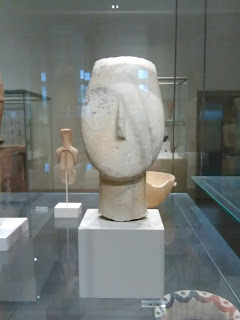 Beyond whatever purpose their original creators had for these figures, they have always appealed to me as amazingly meaningful works of art. 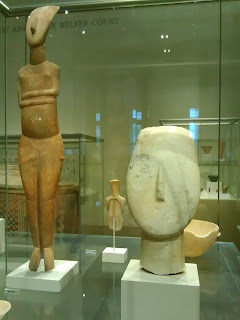 The posture of the figures, the way their heads tilt upward and backward - to me, I have always interpreted this as representing a type of ecstacy or inner transformation: the point at which reflection and insight finally kick in to change one and help one rise to a higher level of being...from the mundane and predictable to a level of joy, liberation, tolerance, mercy, understanding and fraternity. 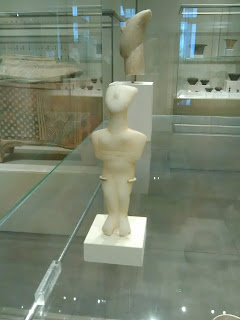 The folded arms represent repose, a posture of looking inward. The head tilts upward, involuntarily, reflecting a change from inside that will reflect in the person's outward behavior from this point onward. 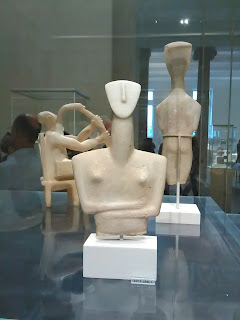 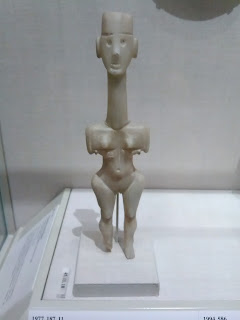 Above is an early example of this type of figure. The elongated neck probably represented some type of magical purpose or it might have reflected a beauty trend of that culture and time. 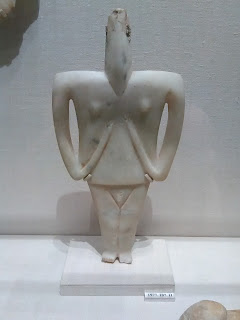 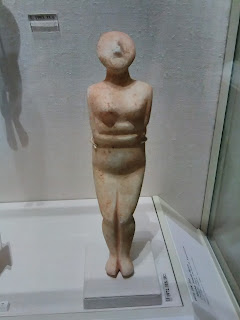 This is my favorite figurine, reflecting, for me, the anxiety involved in questioning the extent of inner development, wondering whether the ex post can become the ex ante and then experiencing the type of inner change one suspected might exist. 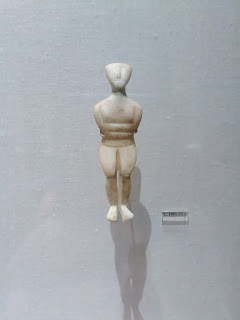 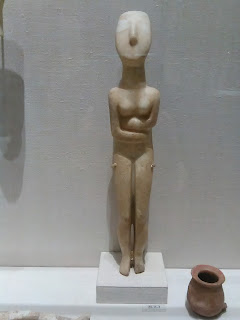 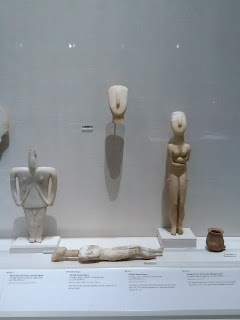 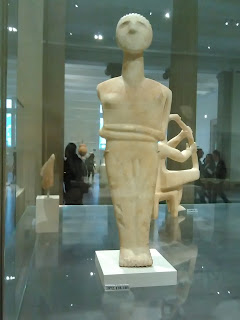 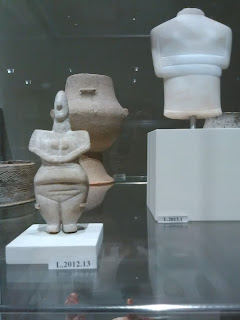 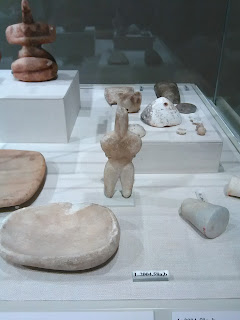 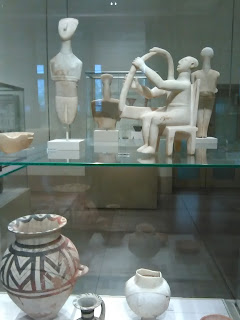 For some lost reason, the harp player is male. Indeed, the 'active' figures all seem to be male in this culture. 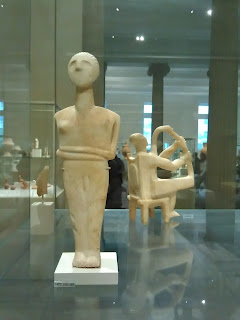 A rare male figure with head tilted and eyes and hair carved into the sculpture. I am a bit confused because the notes from the Met point out that the top part of his body has female breasts, yet a male sexual organ is also carved into this figure. It could be that this figure was meant to have both male and female characteristics.
Posted by Daniel Gauss at 2:16 PM No comments: