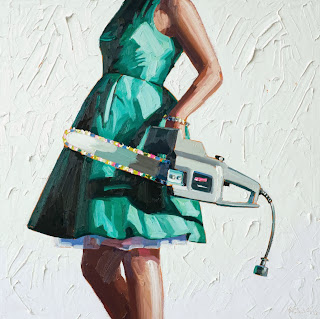 In the early 1990s Naomi Wolf published The Beauty Myth.  In this work she pointed out what she felt to be an alarming paradox for contemporary women in America.  Although women had been gaining greater and greater equality and power in American society, to Wolf, they seemed to be more miserable than ever before. Wolf cited various psychological problems faced by contemporary American women and stated that accompanying woman’s rise to equality were eating disorders and an exploding plastic surgery industry.

Wolf’s conclusion was that even though our male-dominated society was giving in to demands for equality, it was tightening its demands for an even greater femininity.  It was a bizarre quid pro quo agreement: we’ll give you freedom and power if you become sexier than our deepest fantasies.  Wolf portrays the contemporary woman as mired in this paradox and speculates that the contemporary woman, with her freedom and power, may be more miserable than her house-bound grandmother.  After all, the contemporary woman (according to Wolf) was always trying to meet the impossible beauty goal (myth) established by men. 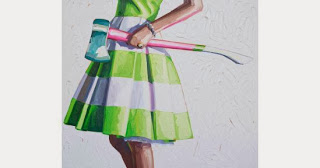 It’s interesting to think of the recent work of Kelly Reemtsen in light of this work by Wolf.  In Reemtsen’s current show at De Buck Gallery she, for the most part, only focuses on the middle portion of a woman’s body.  We can see that the trim and toned woman is beautifully dressed in vintage clothing and often wearing various accessories.  The woman is also often carrying some type of heavy tool, like a chainsaw or an ax. The chain saw or ax, however, is also, often, at least partly colored in pink.  The woman has seemingly embraced and feminized these various household and gardening implements.  Are these women, basically, what Wolf described - women who can handle men's jobs but who must also be super-feminine? The tools are no longer even male tools to these women, although we, the viewer, might find something out of kilter here. Indeed, as the notes for the show point out, there can be an ominous interpretation to these works of women carrying long axes and chainsaws – they don’t just provide the women with the capacity to do various odd jobs around the backyard. 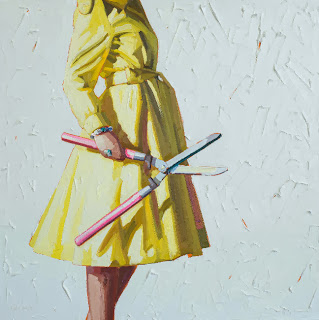 Interestingly, Reemtsen also presents a series of pill sculptures which are displayed in a window of the gallery.  These are the pills typically associated with the psychological problems stereotypically associated with women.  Prosac, valium etc.  The pills are much larger than in reality and almost look like corporate logos or attractive product brands. The actual physical design of each pill is highlighted and shown to be a deliberate attempt to be attractive to the user. There is a design principle behind each pill.  Is Reemtsen buying in to the Wolf argument, then?  Is she concurring that there is an unresolved dilemma for most contemporary women and that the quickest and, indeed, only cure would seem to be these drugs specifically tailored to professional women? 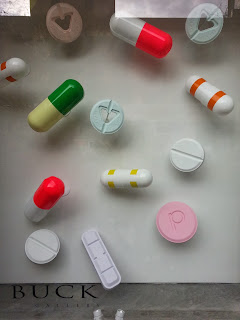 It sure looks that way, yet the show could also be a type of rebuttal to Wolf.  It’s impossible to see the faces of the women who are carrying the various tools, so we really don’t know whether they are happy or not.  Perhaps Reemtsen could be implying that the desire to be powerful (holding a chainsaw confers some power) does not, in itself, negate a desire to be feminine.  When I read the book by Wolf, long ago, I found it hard to believe that men could be so sinister (or so clever) as to offer such a Mephistopholean deal to women (‘We’ll give you worldly power if you look and dress sexy!’).  Perhaps she is saying women never bought into a quid pro quo with the ‘patriarchy’ – maybe the desire to be feminine was a self-choice.  Wolf, herself, does not wander around the world in Chairman Mao or Kim Jung Un attire. Maybe women sought power and femininity at the same time.

In any case, Reemtsen’s work, In its deliberate ambiguity, gives the viewer a great deal to mull over.  Are these women victims who, by decorating their work tools pink, have internalized and embraced their victimization, or are these ladies the proud and liberated victors of a long struggle?  Or, are they somewhere in between?