Simon Brown - The Weight of Knowledge - at Benrubi Gallery 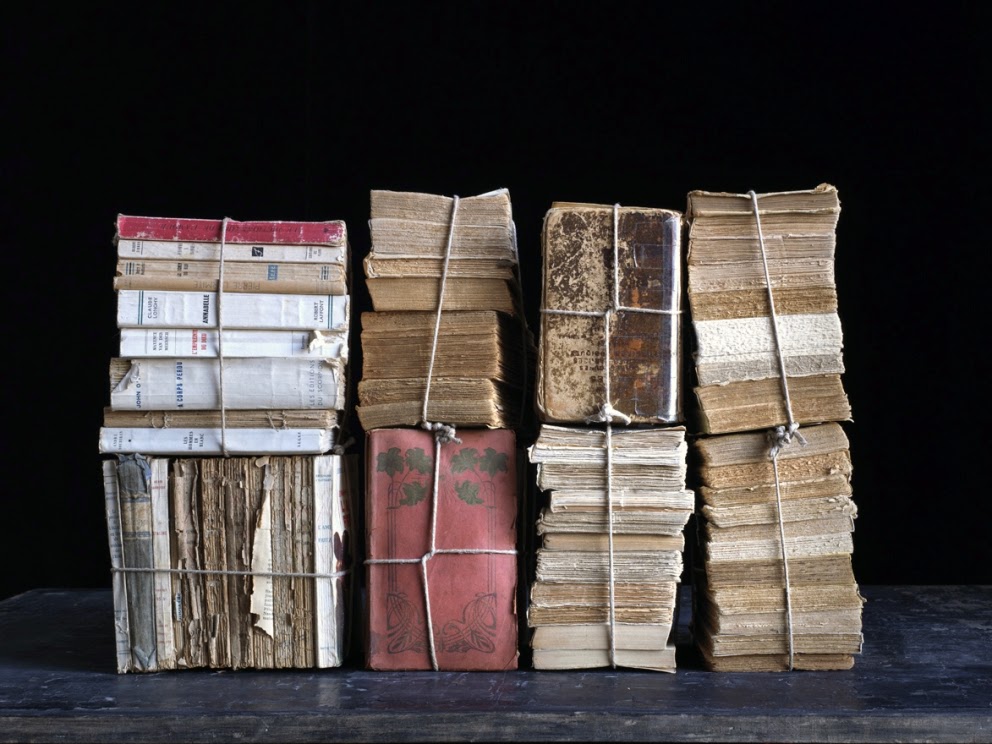 The Benrubi Gallery is in the historic Fuller Building on 57th street, along with a sizeable number of other galleries, so this one destination could keep you busy for some time on a gallery-hopping afternoon (in the elevators you see a listing of the various galleries and which floors they are on).  Indeed, the Fuller Building itself is worth experiencing. This building was designed in an Art Deco style and opened in 1929. In fact, the building was created specifically to hold art galleries at a time when 57th street was, perhaps, the place to go to see art in New York. A number of historically famous galleries have been housed in the Fuller Building through the years and the current galleries do a yeoman’s job of continuing the tradition of the building. 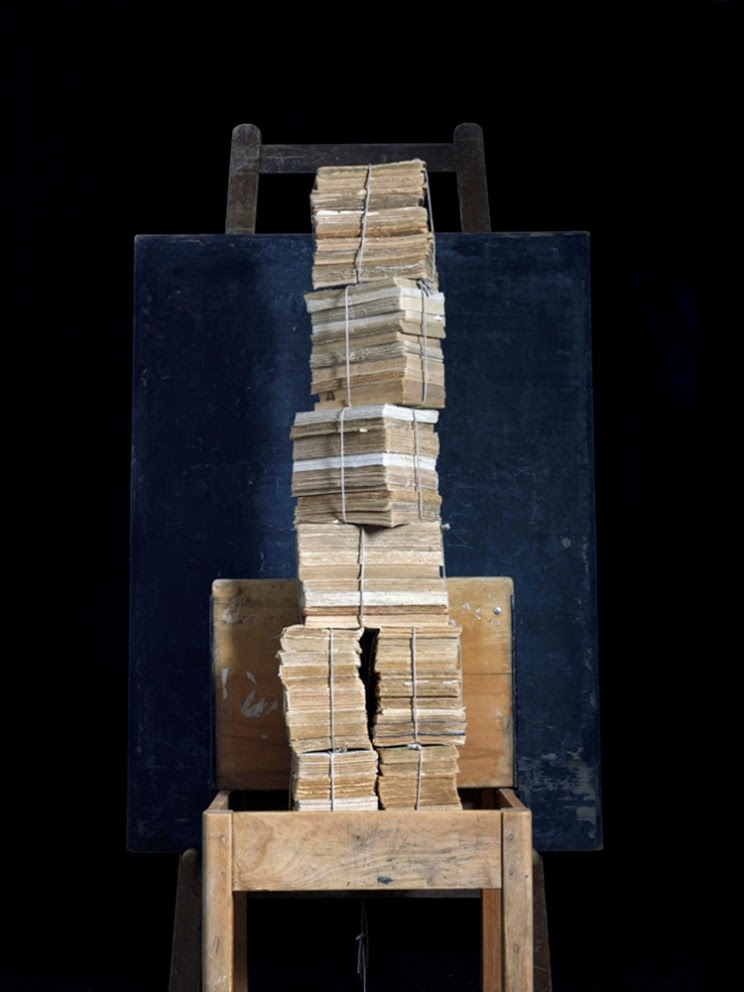 Benrubi currently has a show of photos by Simon Brown which any bibliophile will enjoy viewing.  The show is called The Weight of Knowledge and consists of photos of, primarily, groupings of books.  But, many of the books seem quite old and are literally bundled up in small stacks and often stacks are piled on stacks. 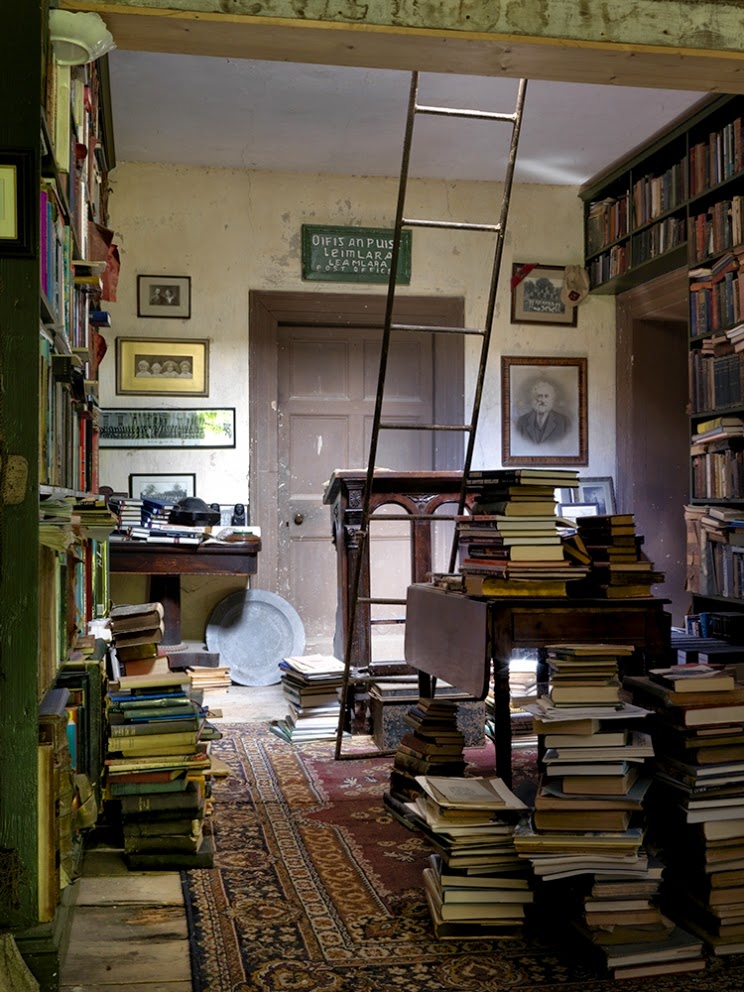 This is actually what caught my eye, because this binding and stacking lends itself to a number of interpretations. We could come up with a prosaic, literal interpretation and say that these are just useless, damaged old books that need to be abandoned because the knowledge contained has become obsolete – and, therefore, we could draw a blasé interpretation about the continual expansion and refinement of knowledge. But on a deeper level, I’d like to think that the content of these bundled books has now been made deliberately inaccessible, as if someone has realized a limitation to what can be conveyed or grasped through the written word. The person who has bundled up these books is now dissatisfied with the written word, and is seeking for something more. To me the person who wrapped the thin rope around the books loves the inner engagement of ‘the word’ but also realizes that language is not a sufficient tool for complete self-awareness and humane development. 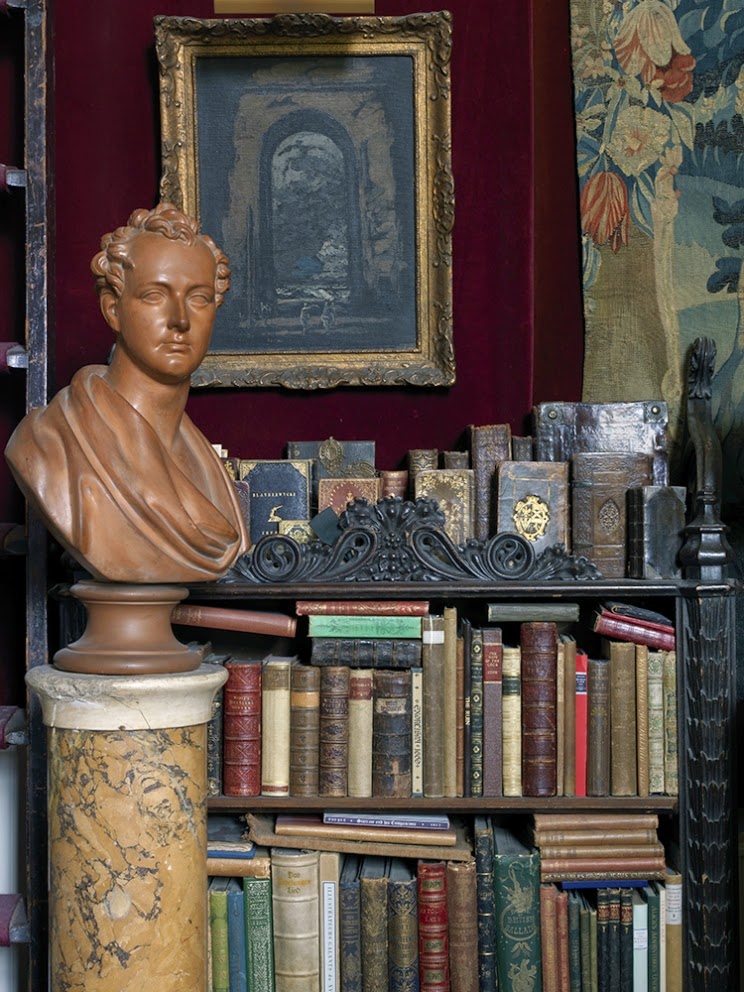 Perhaps this book bundler is like the hero of Canetti’s Auto da Fe – the rabid and obsessive lover of books who, ultimately, burns himself to death among his priceless library (Canetti is such a good writer, please check him out!). Even Ecclesiastes warns that “Of making many books there is no end, and much study is a weariness of the flesh.” 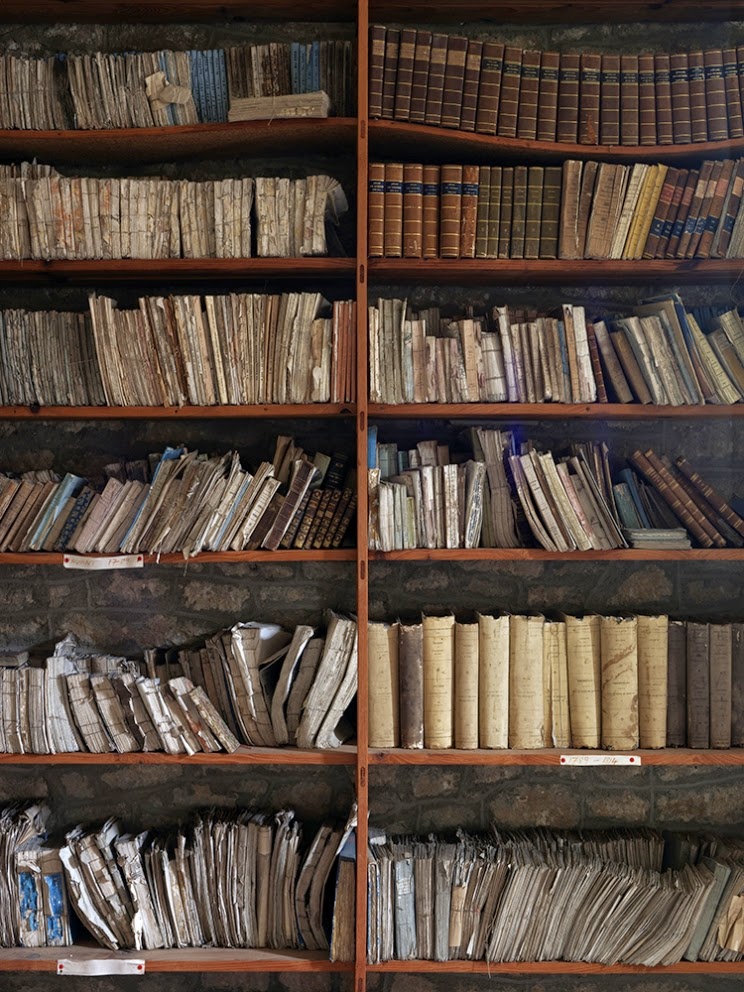 So to me the binding of the books with rope is a deliberate process by a person who realizes that you can only get so much from the written word before you have to dive deeper into yourself and plunge more forcefully into the world to really determine what you’re made of and how you respond to others and how you might be able to better, and more humanly, respond to others and change stuff that’s wrong.  But the interesting thing is that behind many of the bundles of books it seems as if Brown has photographed an artist’s easel. So how does this add to the interpretation?  Perhaps the easel and the medium of painting or visual arts represents the ability of the person who has closed his books to now create based on his/her own insights derived from direct experience.  But, then again, this is my interpretation and what I love about pieces like these is that a zillion different interpretations can be engendered. 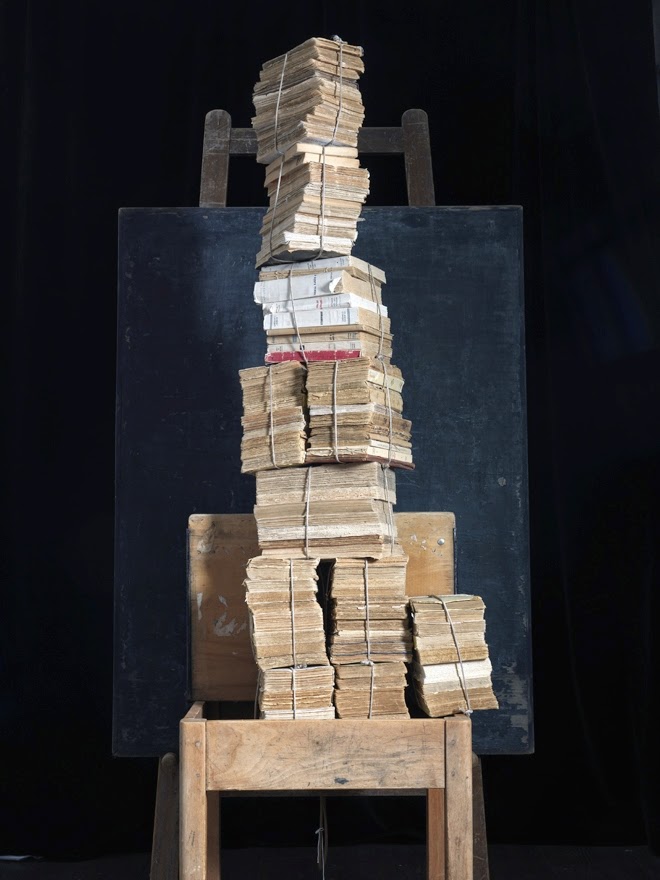 Brown also has one painting in which he piles the books in such a way that as the books get higher, they get smaller, thus creating a type of pyramid of books.  So it’s as if the textual content of the books literally disappears into thin air the way a Pharoah’s soul was supposed to be able to ascend through the pyramidal structure into the next world. Brown also has fantastic photos of collections of books in an empty room and in a sumptuous library along with one photo of scrolls and portraits. So the show might not just be implying that the word is insufficient, it also highlights the value and love we feel for books and the process of discovery we relish from them. These types of photos are the best advertisements against e-books possible.  One of my favorite photos is of a book collection that was saved from a fire – one can only imagine the glee felt by the bibliophiles who preserved those books.

This show is only up until December 20th, so I would encourage you to drop by the see the Fuller Building, see this great show and to pop into some of the other galleries before then.  The galleries in this building should definitely be on every gallery hopper’s to see list every month.