Don't act like such white trash! Halley Zien: We're All in Here at BravinLee programs - Chelsea 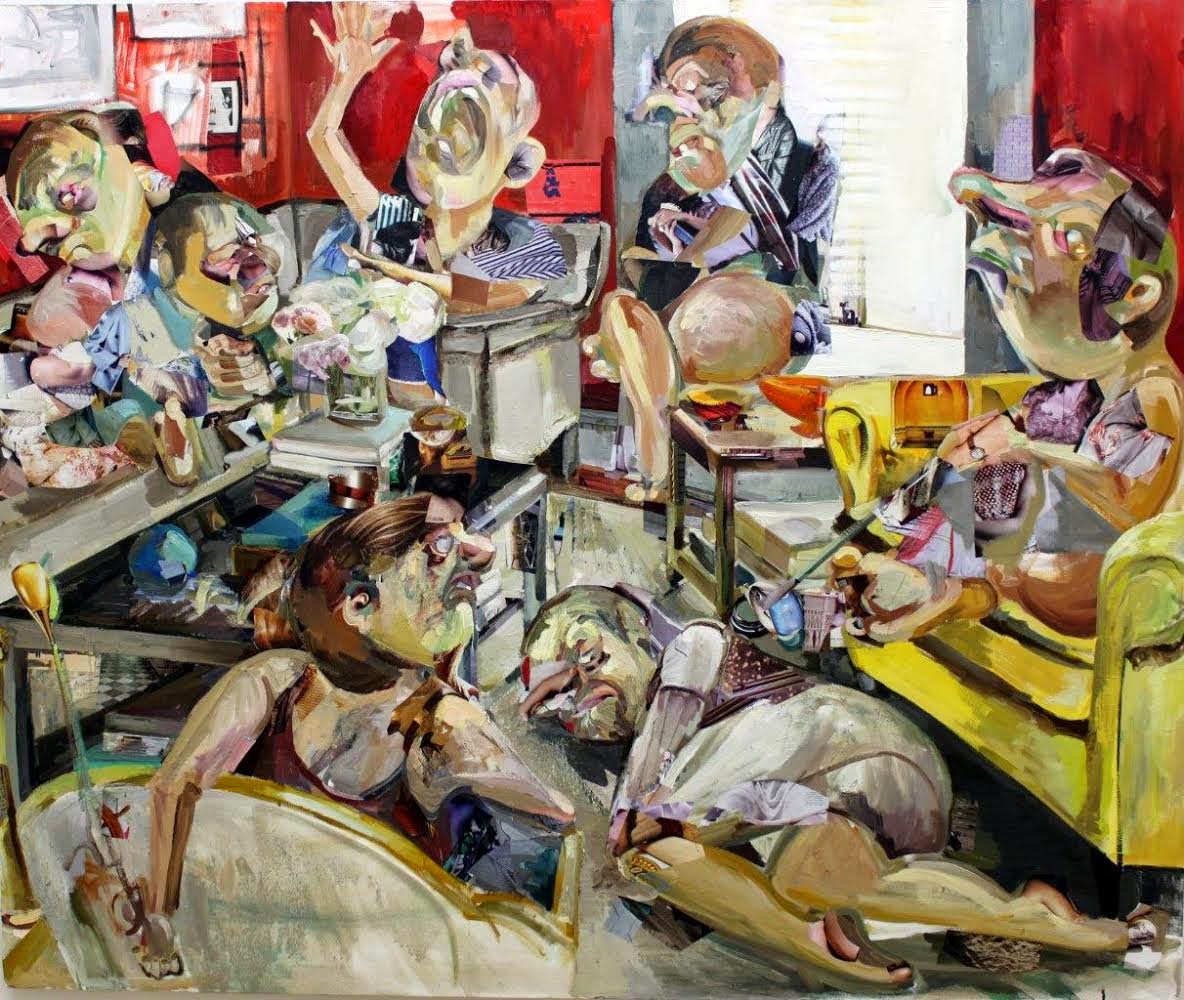 In Halley Zien’s current work at BravinLee programs, she uses a combination of collage and painting to create small spaces, packed with people, where the presence of others only seems to engender conflict and psychological discomfort. This is one part illegal Queens apartment and one part Jean Paul Sartre. These pieces immediately grab you and suck you into the white trash psychodrama that sometimes seems depicted. 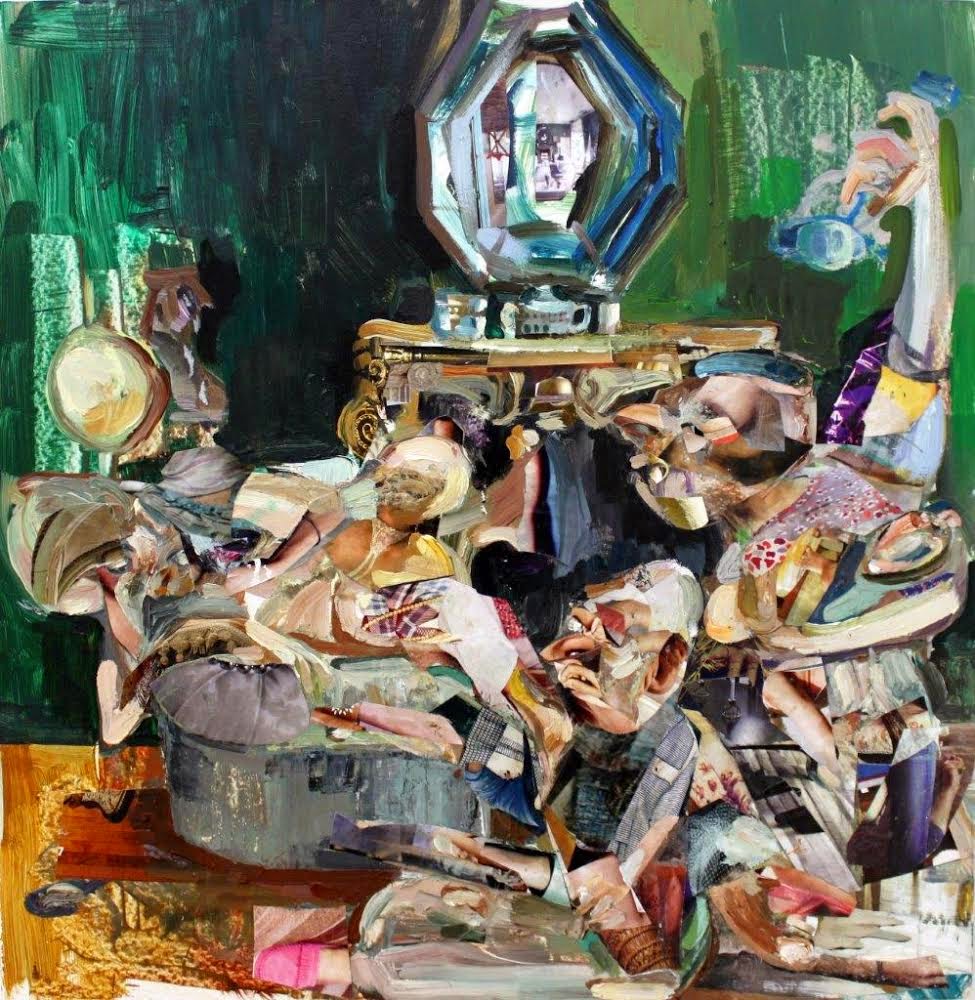 Actually, it’s not that all the characters in these paintings are meant to be socio-economically white trash, but I think the artist is saying that under the right circumstances, with the right people, we can all be dragged down to this level of pettiness and malice and wallow in this white trash condition of interpersonal nastiness. In fact, it’s as if she is saying this capacity is always lurking in us, ready to be indulged in. 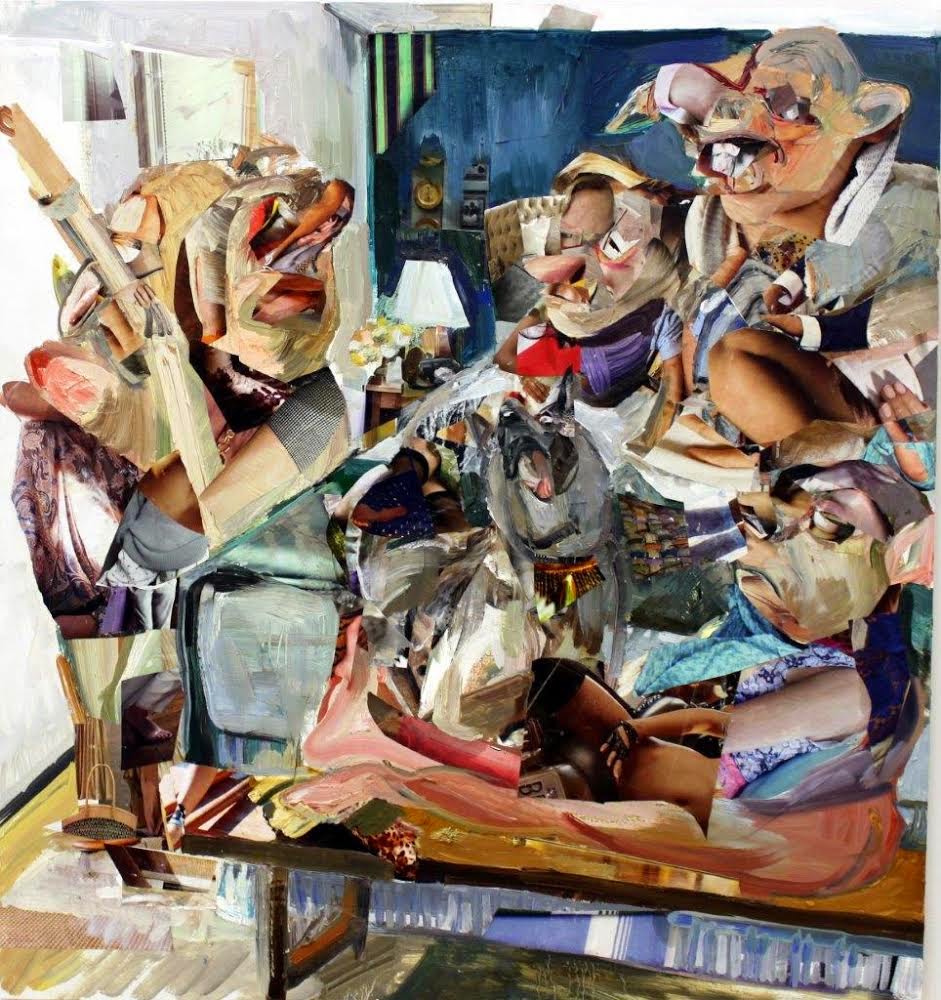 She creates a nightmare situation where folks are stuck in a situation where things do not mesh nicely and where the social fight or flight instinct goes into high gear – however, flight seems impossible. It’s as if everyone in these paintings knows which buttons to push for everyone else and, lacking restraint, readily pushes those buttons in a situation where nobody is beyond reproach and everybody can be reached with something emotionally harmful – everybody readily contributes to everybody else’s hell, maybe deliberately, maybe just by being themselves. 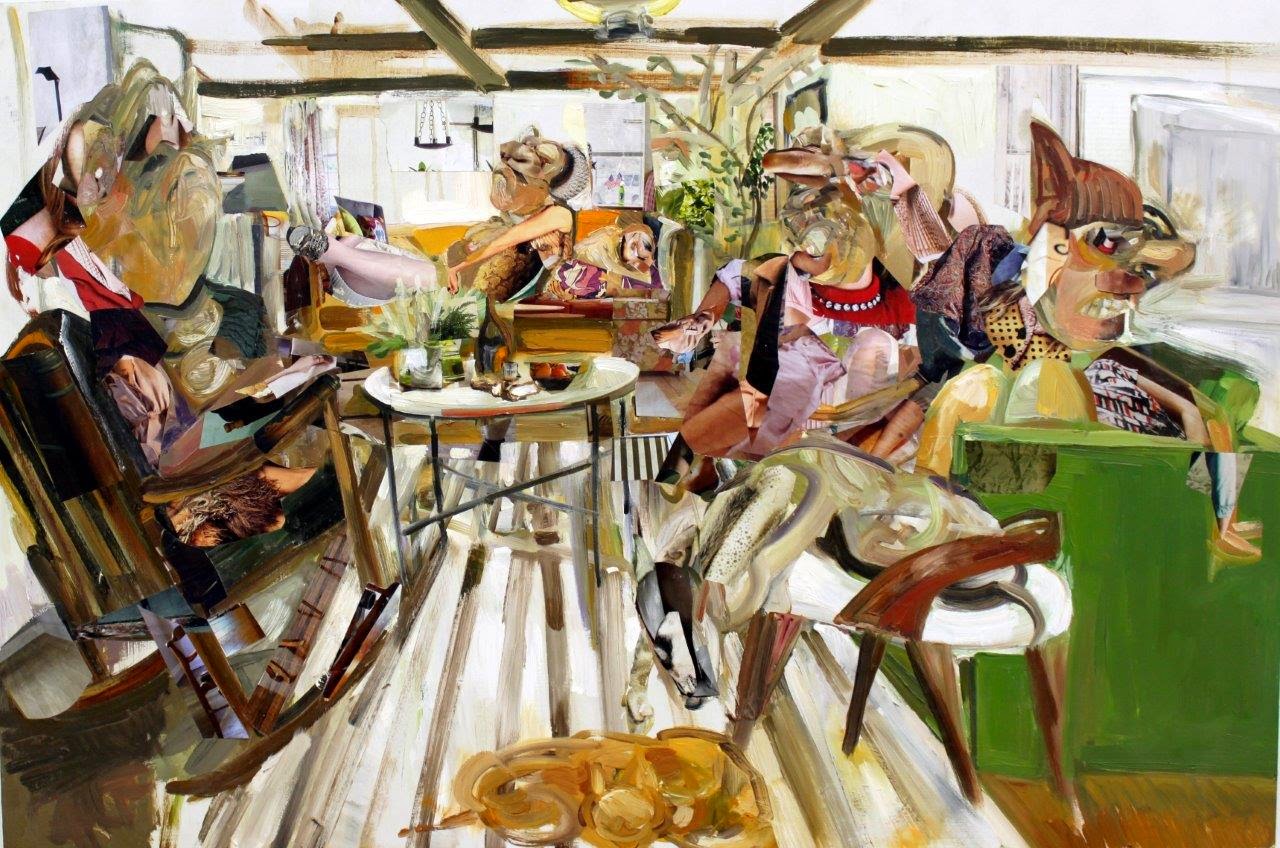 In one amazing piece one of these emotionally tortured folks is literally looking away from everyone else and into a mirror as if he is trying to understand his role in the emotional torture of others, as well as searching for a way to stay within the space and overcome the torture he is experiencing from others. We are challenged to ask ourselves whether this is, in fact, possible, or whether we have to become the victims of the malice of others and, consequently, potential victimizers in a vicious cycle.  A psychologist named Leonard Berkowitz once published a landmark paper in which he showed that physical and psychological pain often, if not always, leads to aggressive, lashing-out behavior – are we condemned to this, or is there a way to really let things go and to engage malice with greater humanity? 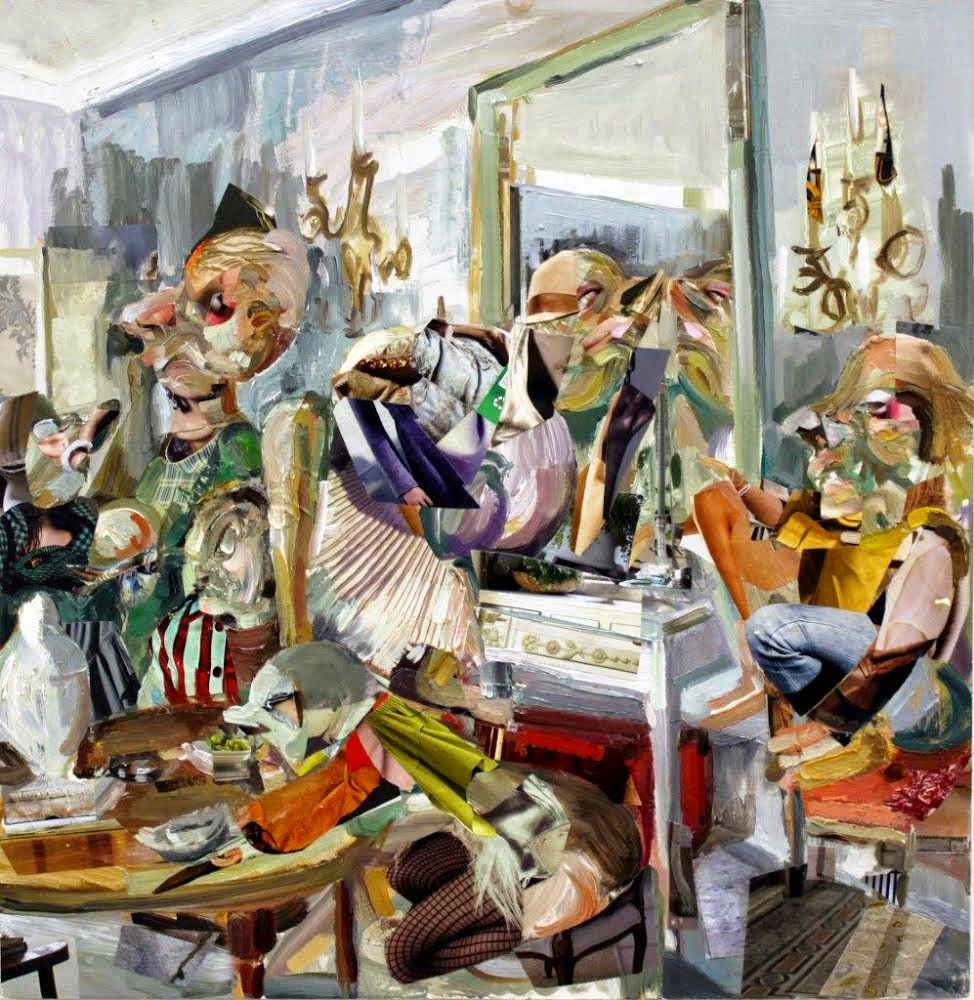 Lately I’ve been seeing a good chunk of work in Chelsea that shows the influence of Francis Bacon and this shouldn’t be surprising since he created such a unique and powerful style.  It seems to me that of all the post World War II artists Bacon is emerging as one of the more influential among contemporary painters.  I think it’s safe to say that you see bits of Francis Bacon in Zien’s work. I also sensed a little George Grosz and Otto Dix – but that just might be my interpretation.   Zien, however, carries this type of style a step further by not just presenting isolated ‘tortured’ individuals but by providing a context in which we can better understand the suffering that is being endured.  Zien presents some powerful but also amusing pieces which simply have to be seen in person to be truly appreciated. 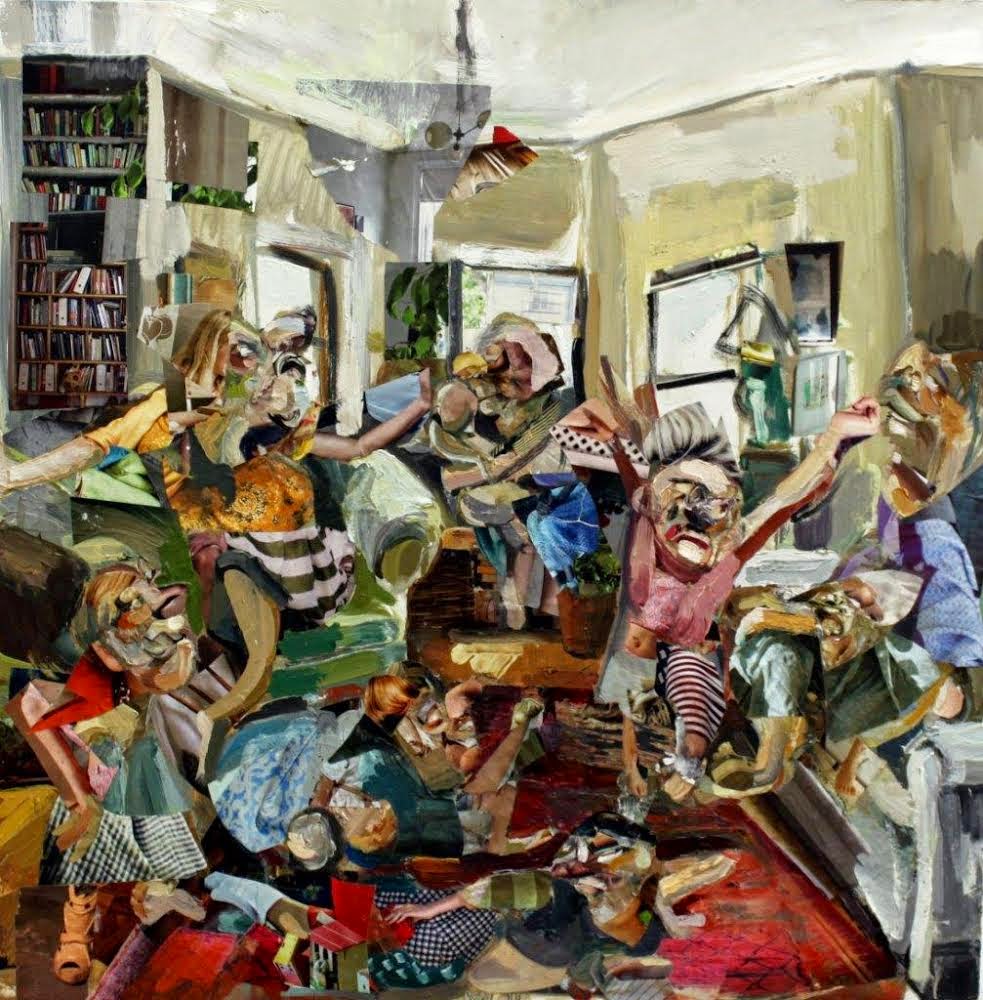