Domingo Zapata at C24 Gallery - A Bullfighter in New York 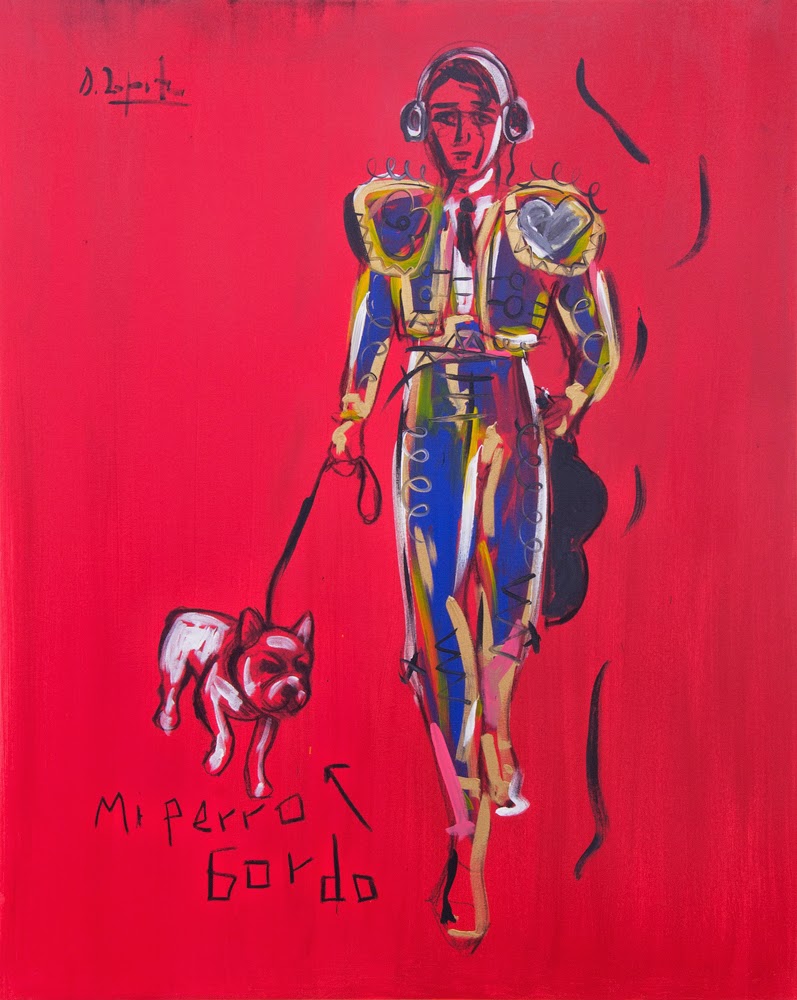 C24 Gallery knows how to throw an opening! I was enticed to enter after seeing several ornate chaquetillas (the little jackets worn by bullfighters) and, as I was entering the gallery, a small but lively band kicked into the famous pasodoble from the zarzuela El Gato Montes (which is often played at bullfights).  It was an electric atmosphere even if only wine, and not blood, was pouring freely. 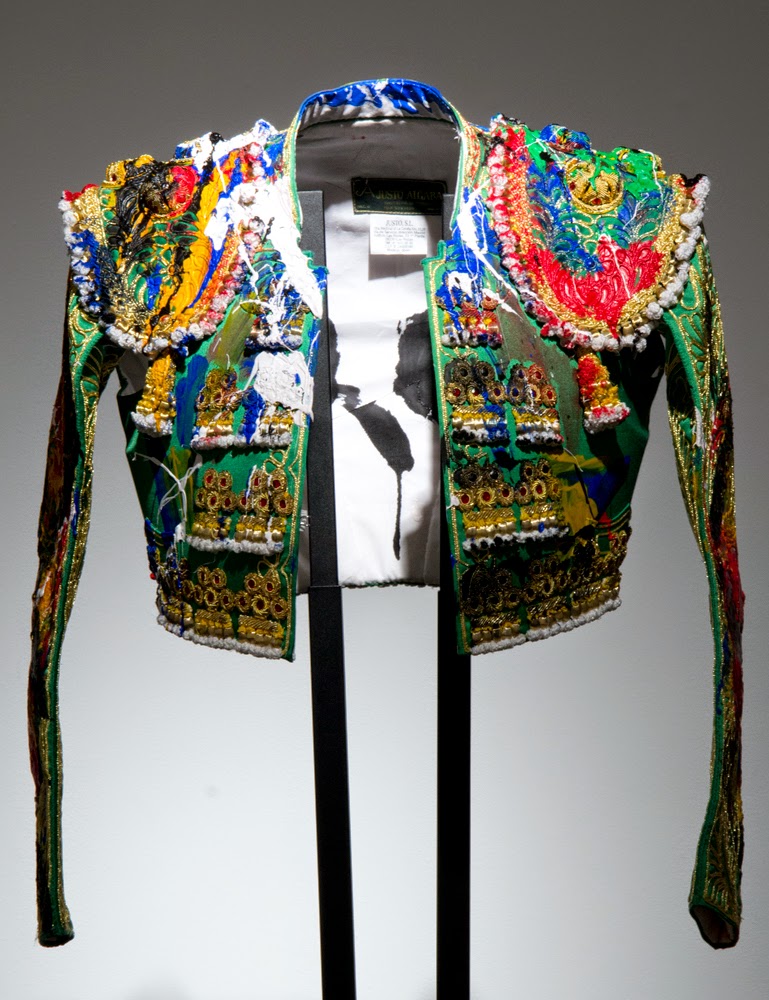 El Gato Montes (but this was not the band that was playing at the gallery - I found this on youtube).

In Domingo Zapata’s show at C24 he includes several chaquetillas which have been customized for the New York City experience – indeed, some seem to have been tagged with a type of graffiti. He has four graffiti-covered burladeros – which are the walls a bullfighter can hide behind during a fight – and a few paintings of a bullfighter going about his normal every day routine. 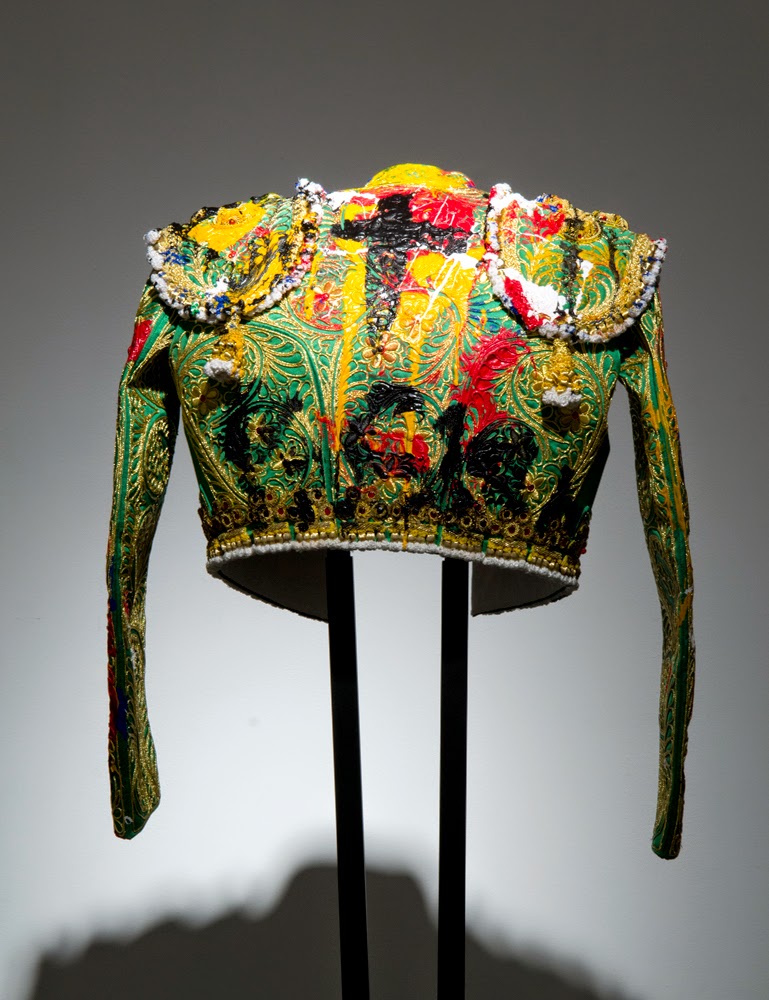 So why are bulls such potent symbols? Well, for one, their horns are very symbolic.  To ancient people the horns represented the waxing and waning crescent moons. If you look at the left and right horns of most bulls you see how one looks like the beginning of a new moon and the other looks like the crescent moon before the moon totally disappears for a while. So we could say that the bull embodies the type of blunt power of the moon (the sun is a creative force, the moon a type of reflective force). 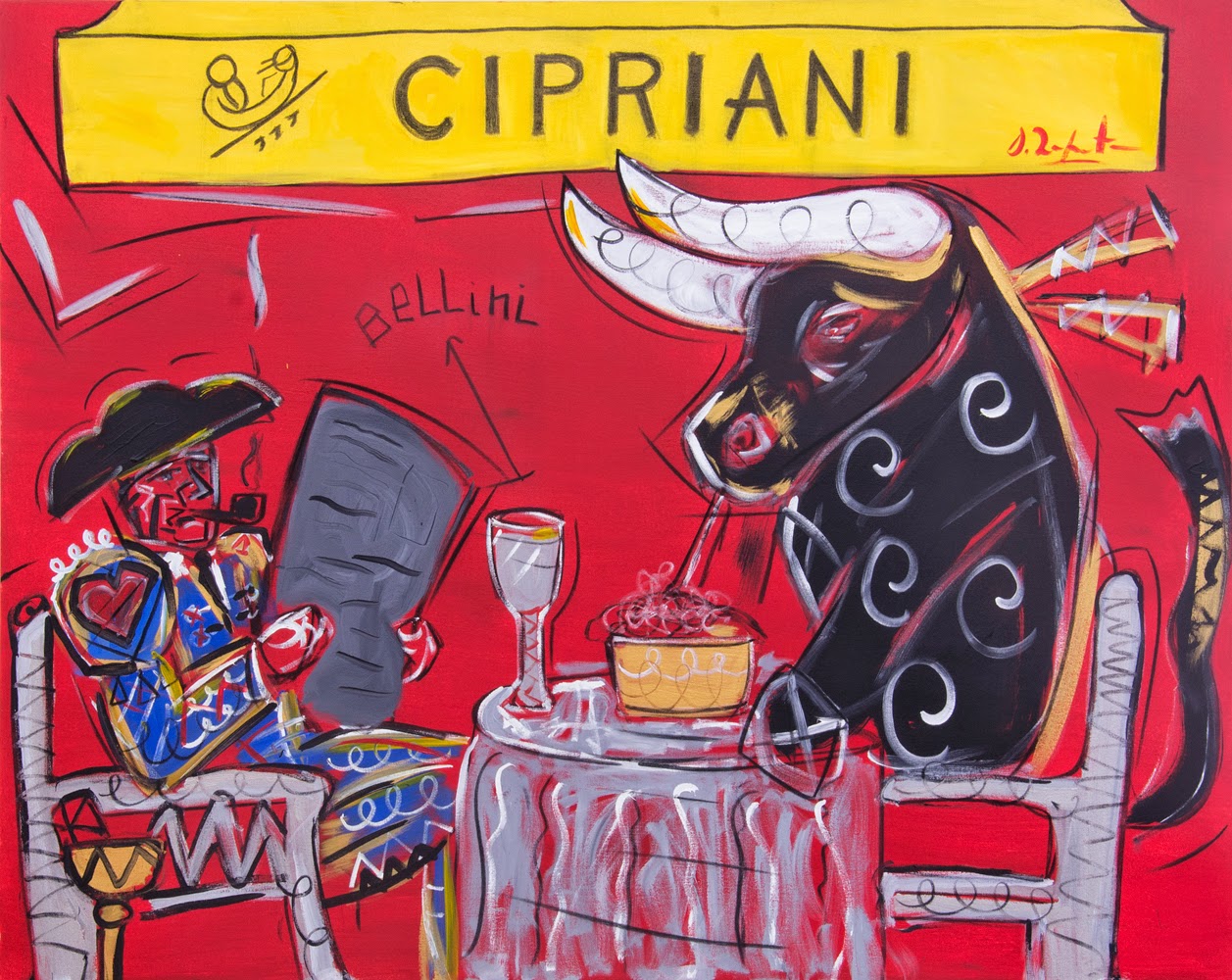 These are also big, aggressive beasts. They are easily provoked and are completely irrational and even apparently malevolent in their attempts to harm once provoked. They seem to be a perfect symbol for a type of destructive, inner aggression that might thwart a type of humane development - an inner blind force that needs to be eliminated for greater 'spiritual' development to occur.  In Buddhism 'nirvana' literally means 'the extinguishing of a (inner) fire.'  So we see a type of ritualized extinguishing in bullfighting. 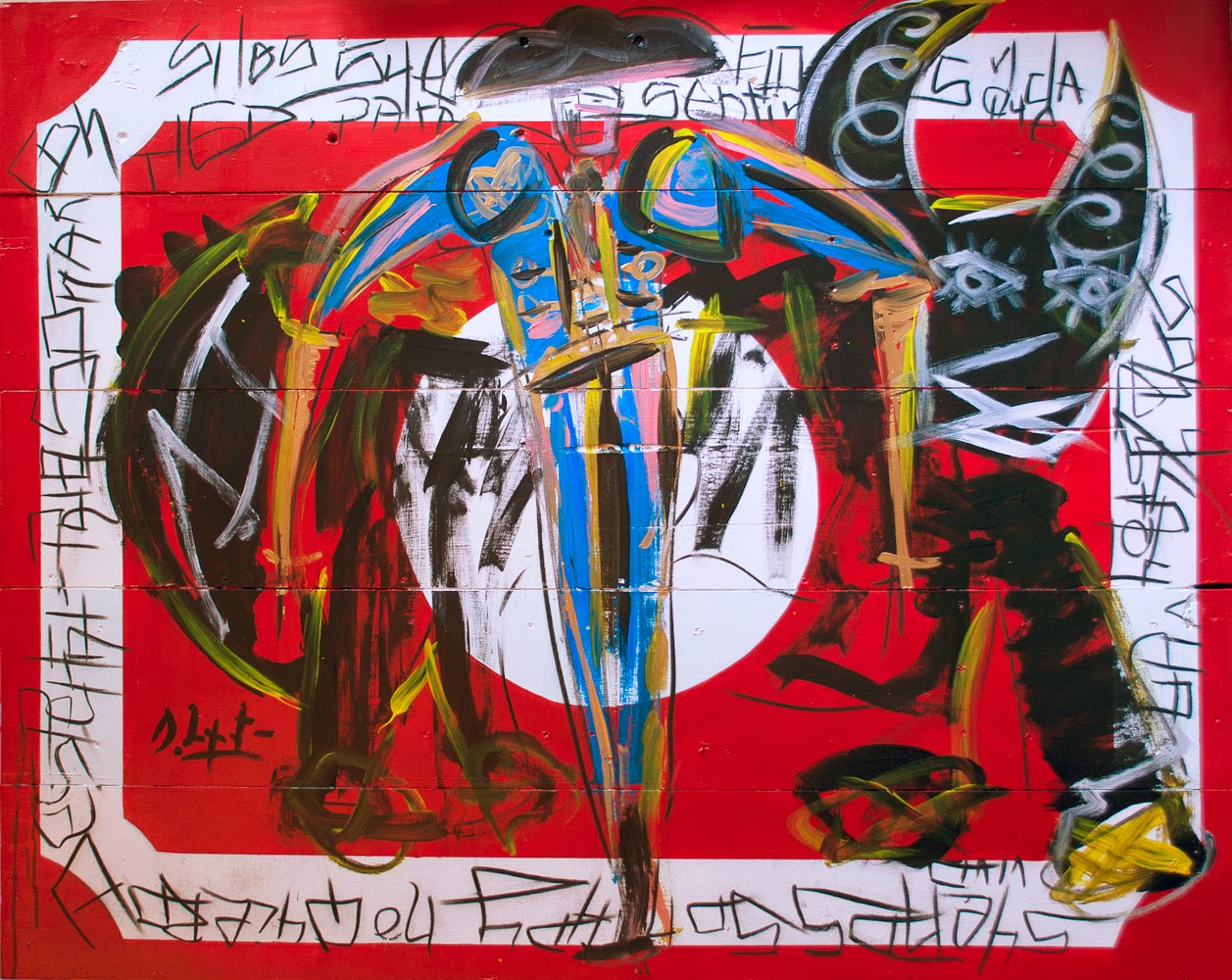 So on the one hand we can easily have ethical reservations about bullfighting, while on the other hand we can also appreciate the meaning of the activity. In Zapata’s show he seems to be pointing to the fact, however, that the bullfight approximates an experience that is cross-cultural or universal. I think it would be well worth it to go see Zapata’s vision of the New York City incarnation of the bullfighting experience at C24. 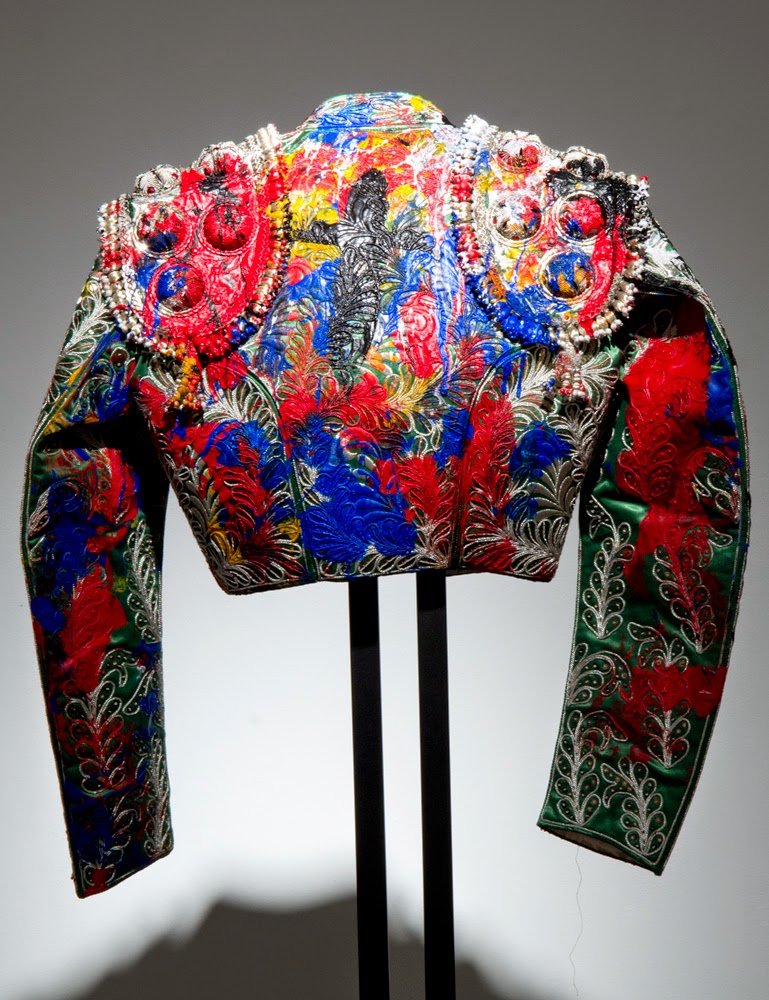