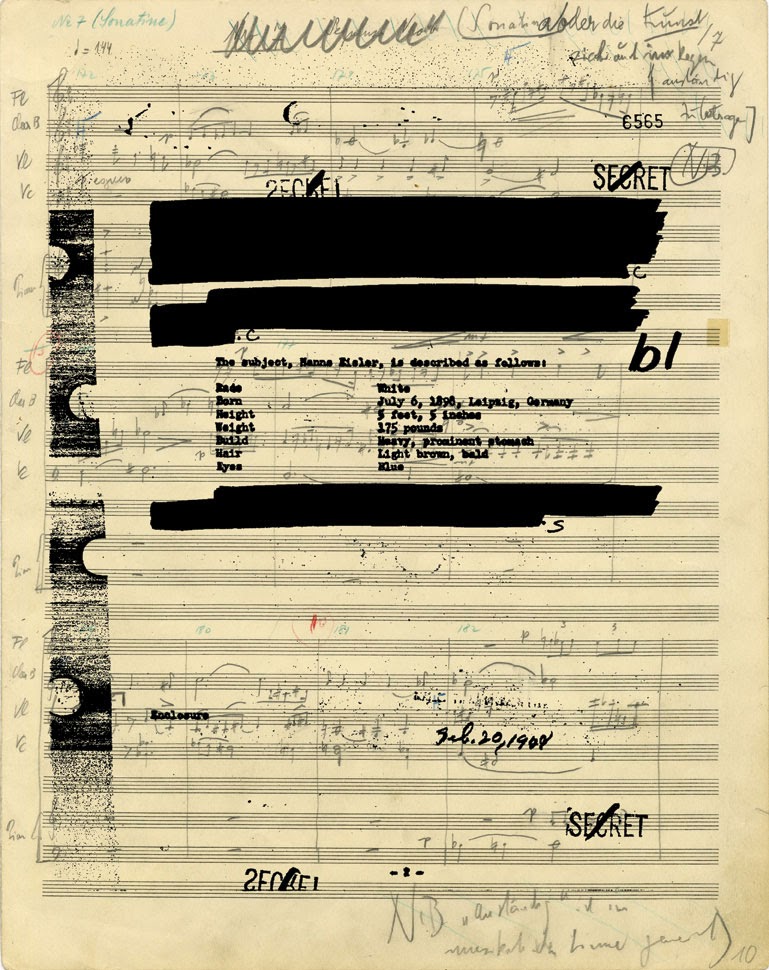 As he was being forced to leave the USA, in 1948, the composer Hanns Eisler read this statement to the press:

“I leave this country not without bitterness and infuriation. I could well understand it when in 1933 the Hitler bandits put a price on my head and drove me out. They were the evil of the period; I was proud of being driven out. But I feel heartbroken over being driven out of this beautiful country in this ridiculous way…My trouble started when I was subpoenaed a witness before the House Committee on Un-American Activities. I listened to the talk and the questions of these men and I saw their faces. As an old anti-fascist it became plain to me that these men represent fascism in its most direct form.” 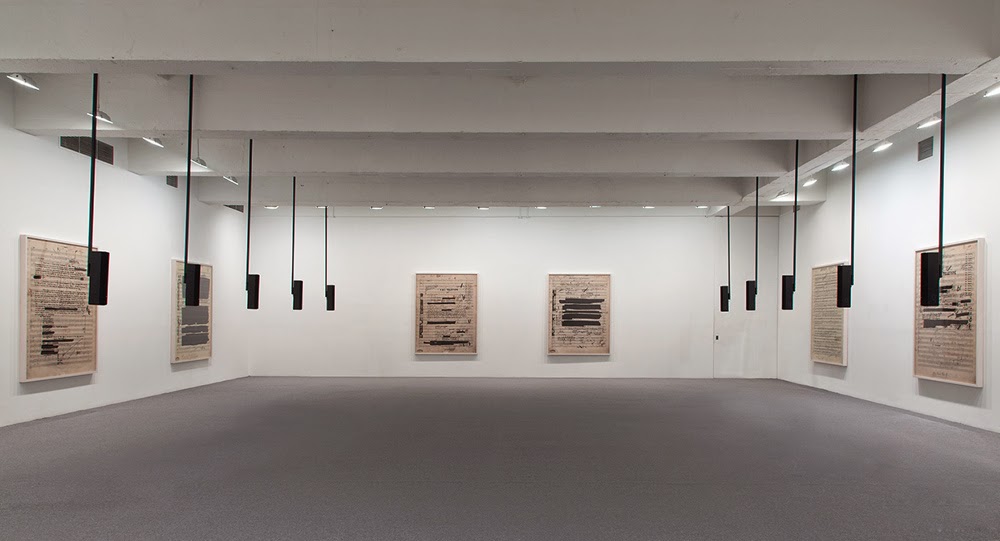 One of the current shows at Tanya Bonakdar involves the FBI investigation of Hanns Eisler which helped lead to his deportation during the Cold War. Eisler had studied under Arnold Schoenberg and was one of the first of Schoenberg’s students to also compose in the 12-tone method. Yet, his friendship with Bertolt Brecht and his own burgeoning social conscience drew him farther away from the purely aesthetic and into a more socially oriented art. Like Brecht he was compelled to leave his homeland with the rise of the Nazis and he ultimately settled in Hollywood where he did some work providing music for films. After World War II, with the rise in paranoia concerning Communist influence in American culture and politics, he became one of the first émigré artists formerly embraced by the USA to be shown the door. 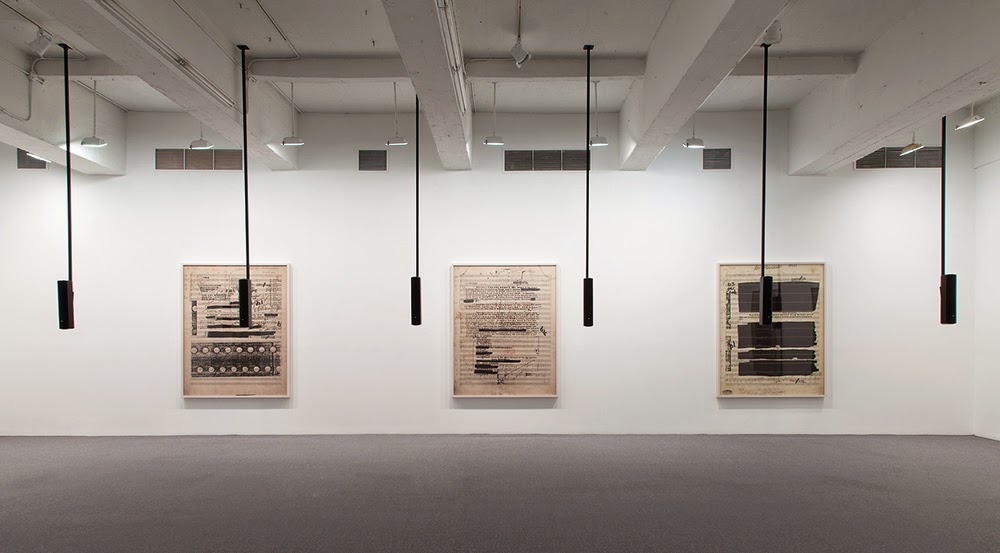 Susan Philipsz has become renowned for her sound installations and has created a 12-channel installation of some of Eisler’s film music from the 20s and 40s for Tanya Bonakdar. She also includes a number of large scale prints in which she superimposes some of Eisler’s musical scores with pages from his FBI record. By superimposing the FBI file pages onto musical scores we get a hybrid document that seems to represent attempts at artistic creativity as well as a sinister and oppressive force to control and mold thought through intimidation. 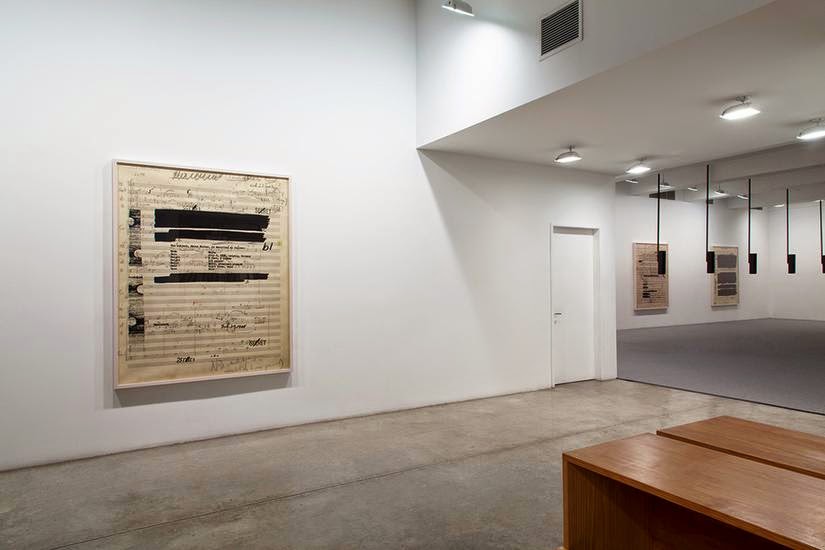 The FBI represents the force of assimilation and enculturation writ large. It represents the ideological melting pot for artists who are expected to abandon previous interests and/or ideologies and buy into the dominant American culture lock, stock and barrel. Ironically, Eisler’s whole artistic career seemed to be dominated by attempts by the authorities to curb his political and artistic messages – first in Germany, then in the USA and even in East Germany, where (although he composed the national anthem for the GDR) he was criticized for being too much of an aesthete after he attempted to compose a piece based on the Faust legend. He seemed to simply be the type of uncompromising artist and socially committed artist who was never going to completely fit in anywhere. 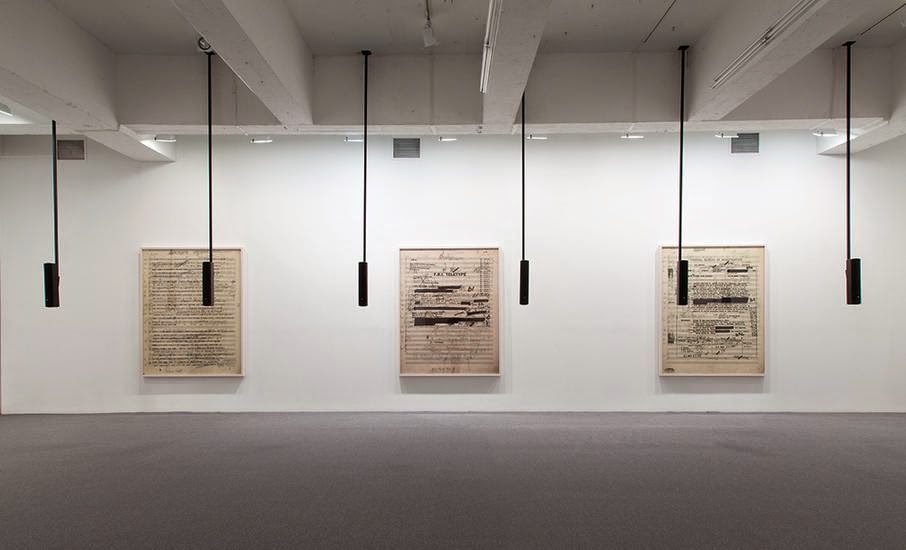 The effect of the often deliberately discordant music - which is played with different notes coming from the 12 different speakers at different times (in sequence) – in conjunction with the absurd injustice of the prints, created, in me at least, a sense of sadness and quiet outrage. You want to laugh at how utterly stupid and ridiculous the FBI was, but are checked by the realization of the effect this ridiculous intrusion had on the life and career of, basically, a person of goodwill who wished to contribute to the ethical development of his adopted American culture.

Some pieces by Hanns Eisler:

Eisler before the House Un-American Committee