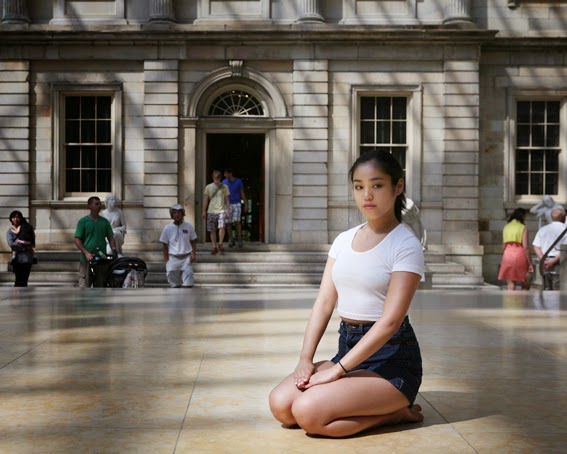 Mihyun Kang has been in New York City for a couple years now and in her ‘My Midori’ series she photographed 50 women who, like her, had moved to New York from an Asian country. The women, however, are all depicted kneeling in public places in the city. 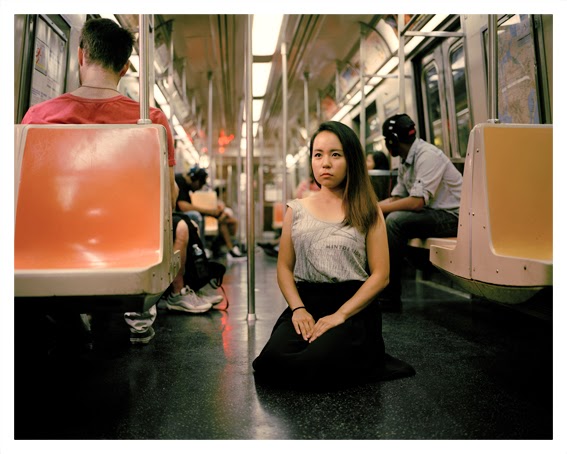 In Kang’s homeland of Korea there is a type of kneeling position that children assume in front of elders. Korea has been heavily influenced by Confucianism and one of the central values of this system of thought and action is extreme deference and respect to one’s parents and elders.  This kneeling position, to be adopted before senior members of one’s family, is the position we find the women in Kang’s show to be performing. 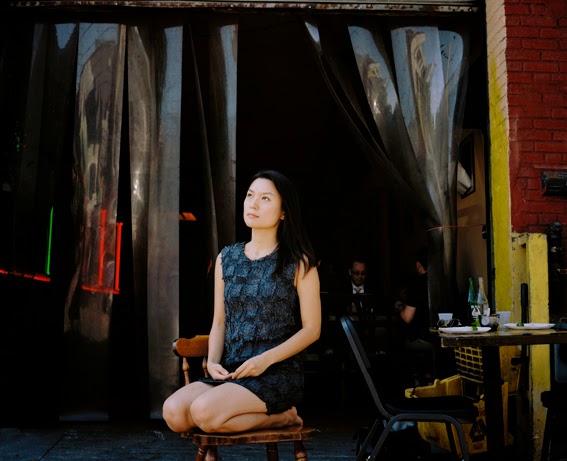 This traditional form of kneeling would seem, therefore, to represent a response to the difference in values an Asian woman encounters upon arrival in New York City. Her initial response would be to  adhere to the form of socialization from her homeland in spite of the temptations of a city of extraordinary freedom, greed, excess and corruption. The posture in the various photos seems to show, at different times, defiance, solace, pride, confidence and maybe even some anxiety here and there. It’s one thing to be socialized in a country and then deal with others in the same society who have adopted the same attitudes and values. It is quite another thing to be socialized within a community and family orientation and then thrust into the hub of western individualism to be forced to make choices. 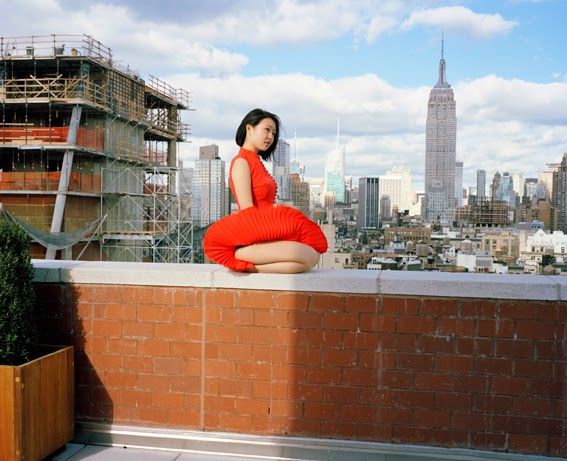 There are 18 prints in the current show. Kang found her 50 subjects among friends and friends of friends and found all her female Asian volunteers eager to participate in the project.  Kang and each volunteer wandered around New York City until they found what seemed to be a suitable place.  The most harrowing was on a rooftop ledge, 27 stories above Union Square. The woman in the photo surveys NY City from her kneeling position, showing little fear despite her precarious position in windy and cold November weather.  All of the volunteers have, interestingly, returned to their home countries. 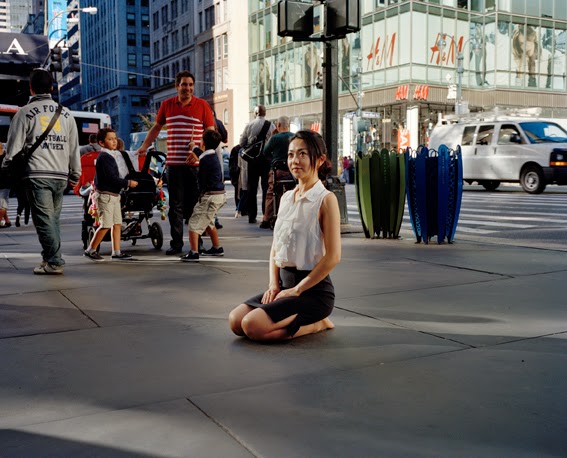 Another interesting aspect of the photos, as Kang pointed out to me, is that people in this city just really don’t care what you are up to. As these Asian women kneel all over the city, you see folks just breezing by absorbed in their own thoughts and oblivious to the absurd situation right in front of them. 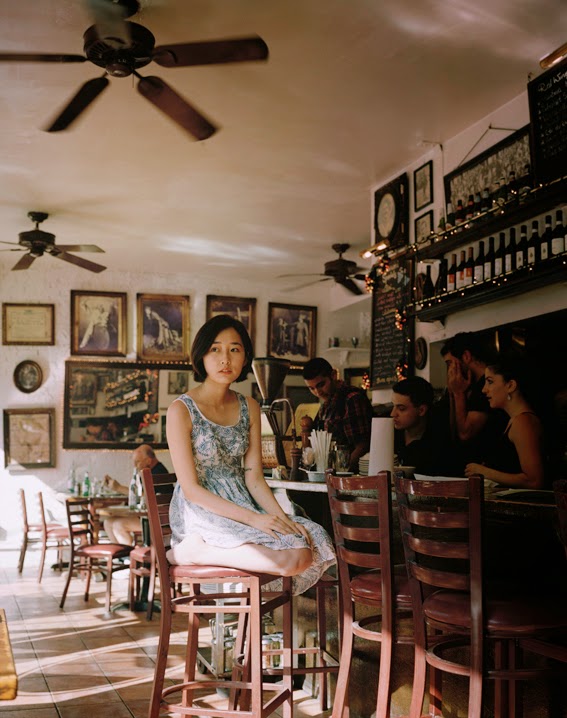 The show is called “My Midori” because, as Kang explains in her notes, Midori is a very common Japanese name. Kang wishes to highlight a common struggle for Asian women coming over to places like New York City and that Midori can be found all throughout New York, struggling with the conflict between the familiar and new, examining and assessing new challenges with old and new frameworks.

What I think is interesting is that Korea, these days, seems to be in a type of social and cultural conflict of its own. The big conflict would seem to be between traditional Confucian family values versus the encroaching values of a corporate economy. Competition on every level seems to permeate the culture leading to everything from massive rates of plastic surgery to “seagull" fathers who work so hard and so long each week that they rarely see their own children, who are often either in school or after-school academic centers from the early morning until late at night. It might be interesting to see these women kneeling in various places in Seoul, Tokyo, Shanghai, Taipei etc. – western influences and corporate lifestyle changes may be creating incipient New York City experiences throughout all the metropolises of Asia.