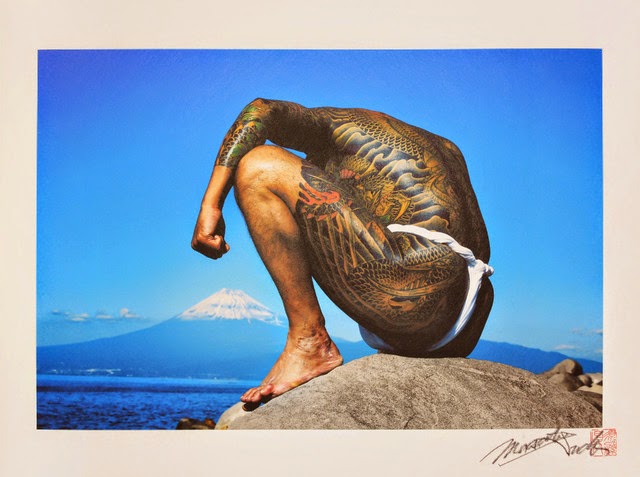 Initially, in Japan, tattoos were reserved to mark and identify criminals. Later, apparently, middle class guys who saw woodblock prints of tattoo-covered outlaws had their inner Walter Mittys awakened and began wearing intricate tattoos under their work clothes. It became a sign of silent, private protest against their comfortably crappy lives. They would be tattooed in such a way that if they wore their business suits, nobody at work would even notice – maybe a little bit like the male kinksters who wear women’s panties or bdsm chastity devices under their Armani suits to work on Wall Street - it’s their own little inside joke on the real world. 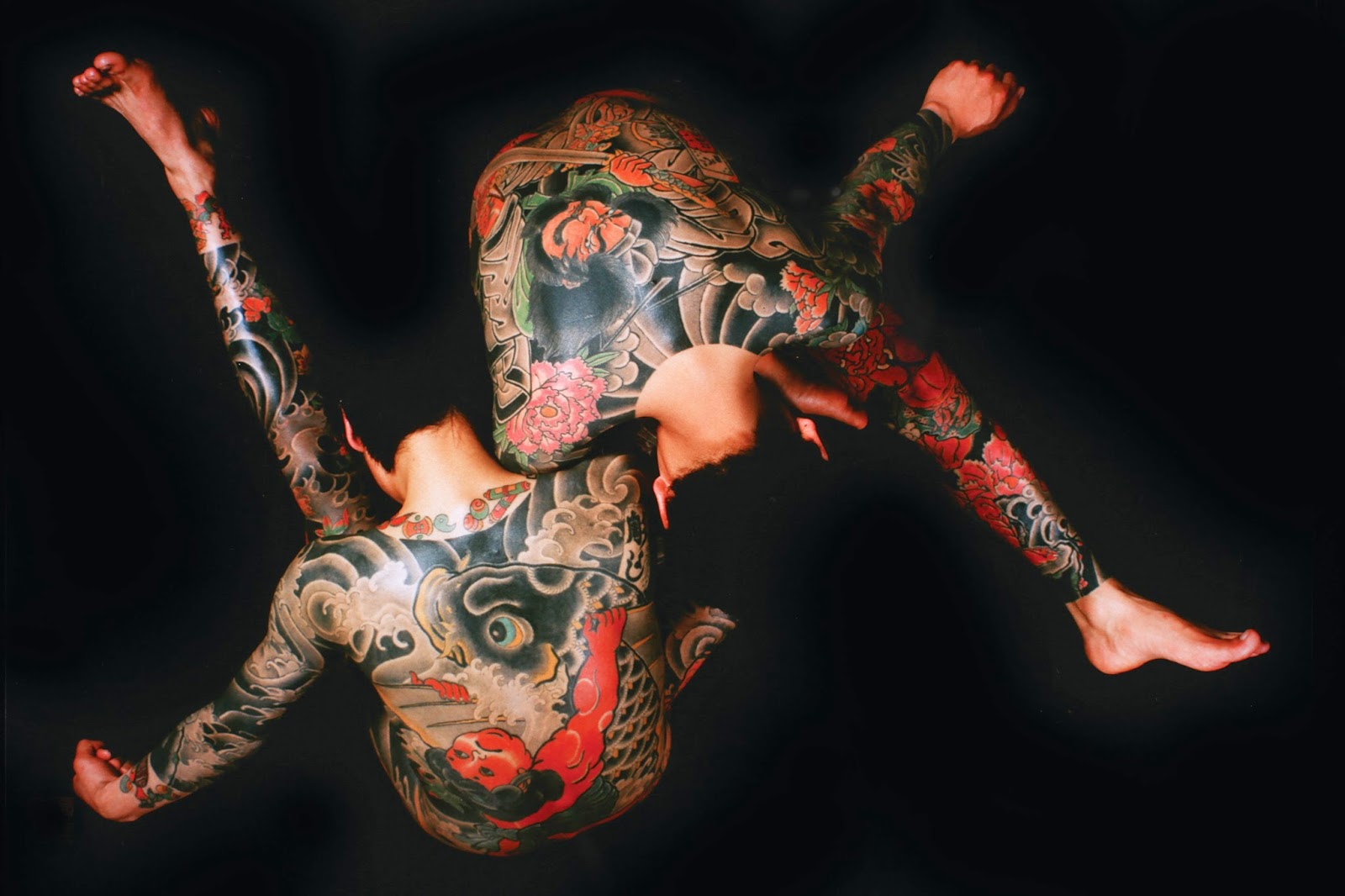 Horiyoshi III, a contemporary Japanese artist and master at body-tattooing, whose work is featured at Ronin Gallery’s show: ‘Taboo: Ukiyo-e & The Japanese Tattoo Tradition’, has also mentioned (in various interviews) a couple other impetuses for his clients to cover their bodies in meaningful ink, one being protection.

If you look at a lot of the creatures or figures or narratives that are tattooed on bodies, there is a definite totemic element here. These are often protector images. So these full body tattoos are often proof that the magical belief systems that dominated religion before the development of an ethically oriented spirituality of the city still linger. This feeling of a need for totemism shows that the old beliefs were never fully extinguished through urbanism or secularization and lie latent in all of us. Under their business suits many Japanese men hearken back to a completely different life of risk, valor and outright conflict and barbarism. They point back to a time of physical, cognitive and emotional exhilaration, not a time of slaving for a profit margin or fitting comfortably into a mediocre and petty human herd. 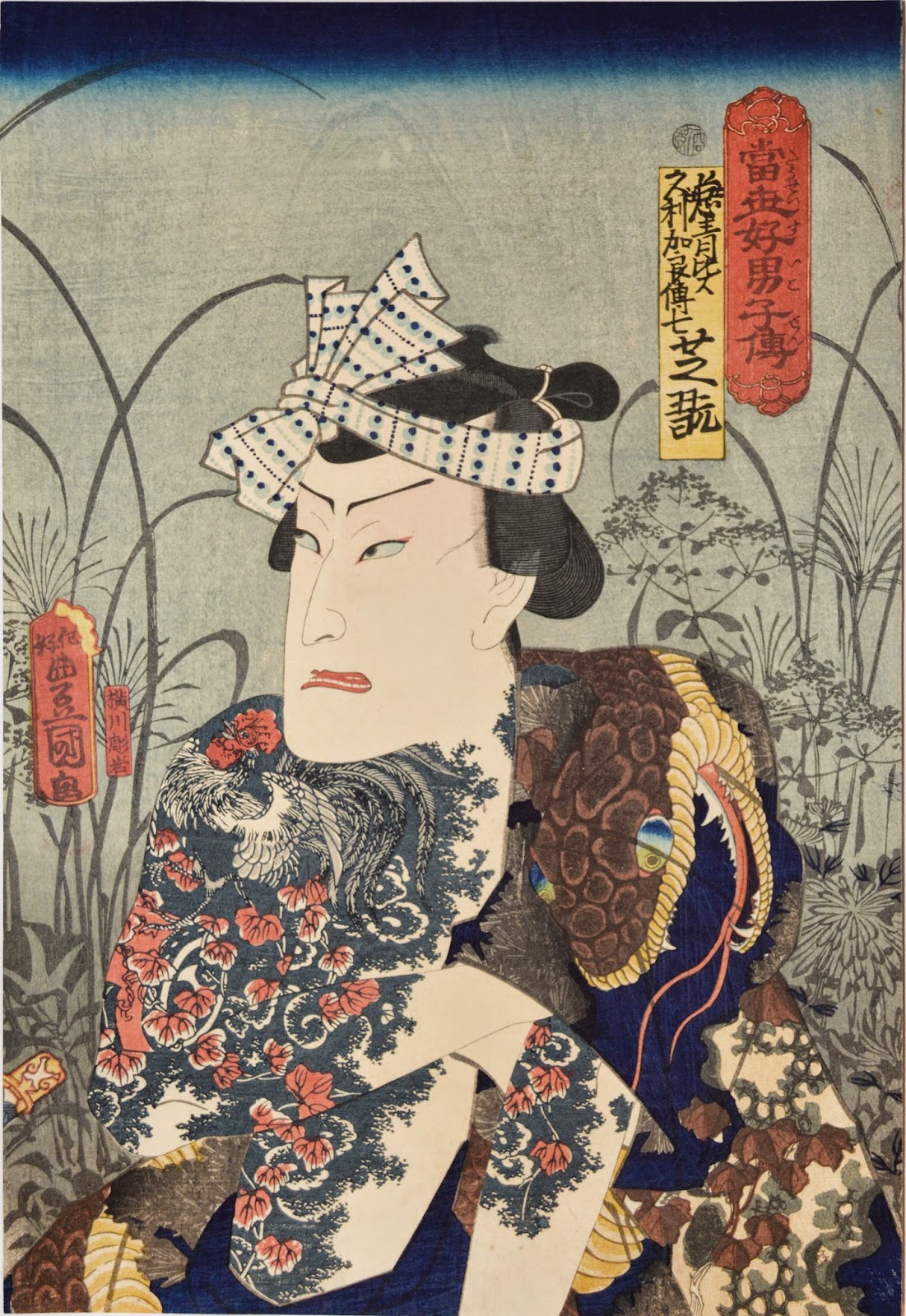 Horiyoshi III also likes to talk about the pain involved in getting one of these full body tattoos (you can see him at work on youtube).  The process can take years and when you watch him apply the ink in the various videos made of his work, you see that he does not play games. He uses a quick, forceful darting technique over and over again forcing the receiver of the tattoo to deal with immense and constant pain over protracted periods of time. The type of pain our entire society has been built around avoiding is embraced for the sake of a visual narrative that will either express beauty or meaning or provide totemic protection. In the process of going through this painful procedure, the person receiving the tattoo is rejecting the value of ‘comfort above all’ upon which our entire society is based. This is, basically, the most important aspect of full-body tattooing – accepting a process of pain and rejecting the hedonism which stands at the core of modernity. That is the whole point. 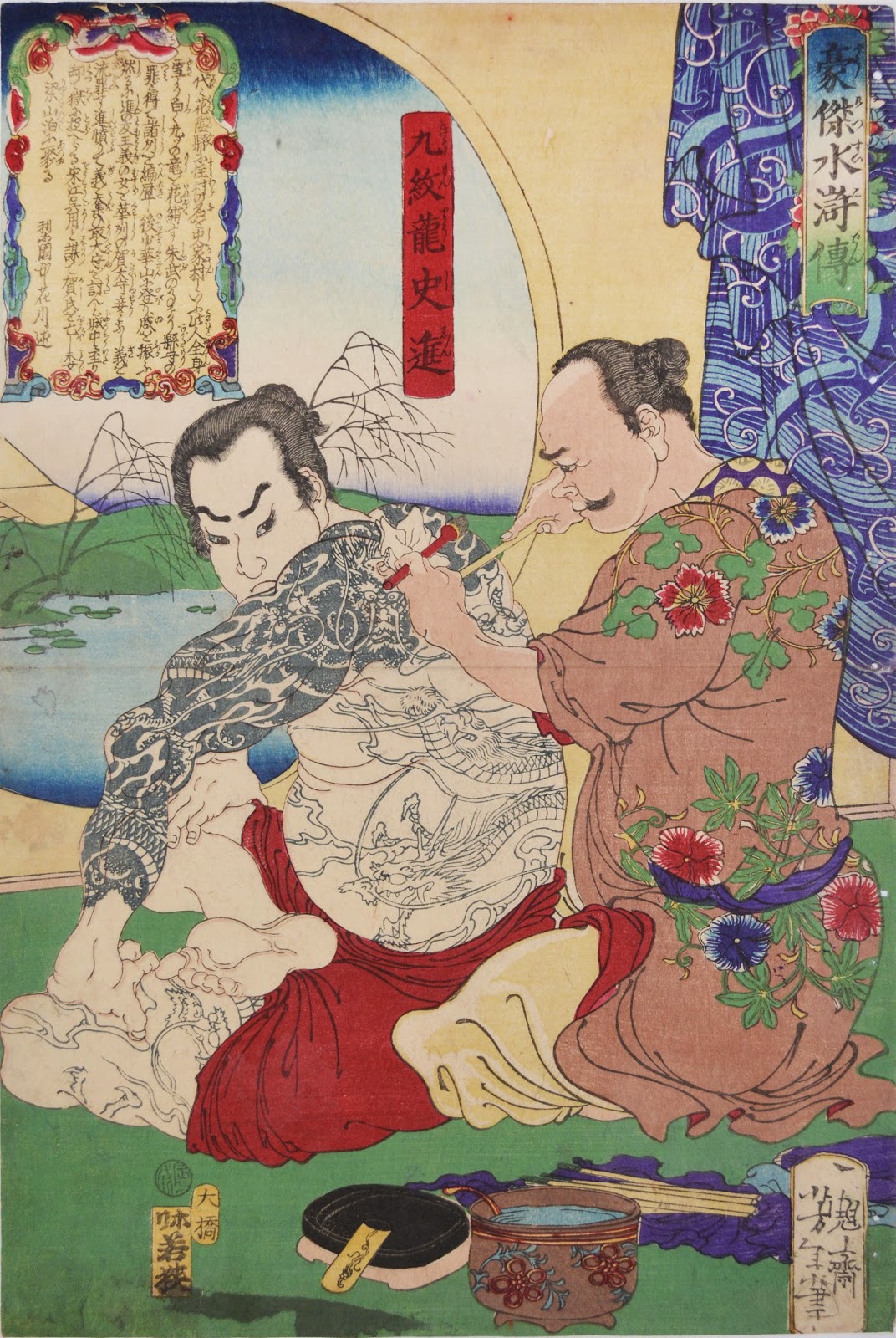 The show at Ronin is meant to show the relationship between woodblock prints and tattoos and includes the work of numerous Edo artists as well as Horiyoshi’s work. There are some cool photos of folks covered in tattoos by Masato Sudo and even some mixed media pieces by American artist Daniel Kelly. 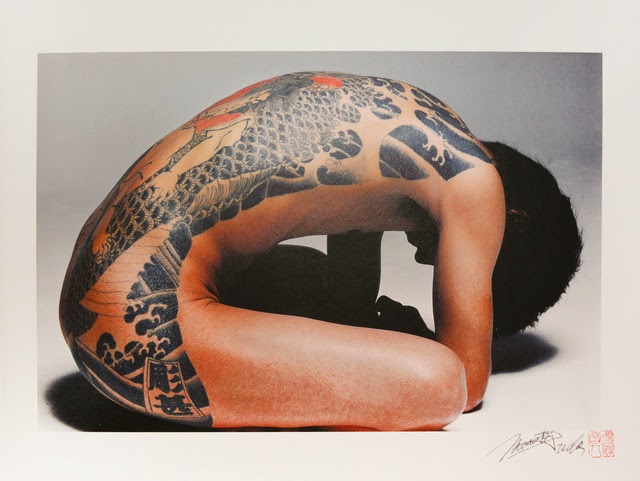 Frankly, Asia Week has taught me that there is a significant art world away from Chelsea, the LES and Brooklyn and that these folks on the Upper East Side are amazing. Ronin has been showing amazing work for nigh 40 years now and has presented a not-to-be-missed show. Get there this weekend while checking out the other galleries in Asia Week (here’s a map: http://www.asiaweekny.com/map) or try to get there before the show closes toward the end of April. There are good folks there who would love for you to check out their gallery and who will even explain stuff to you if you want them to.