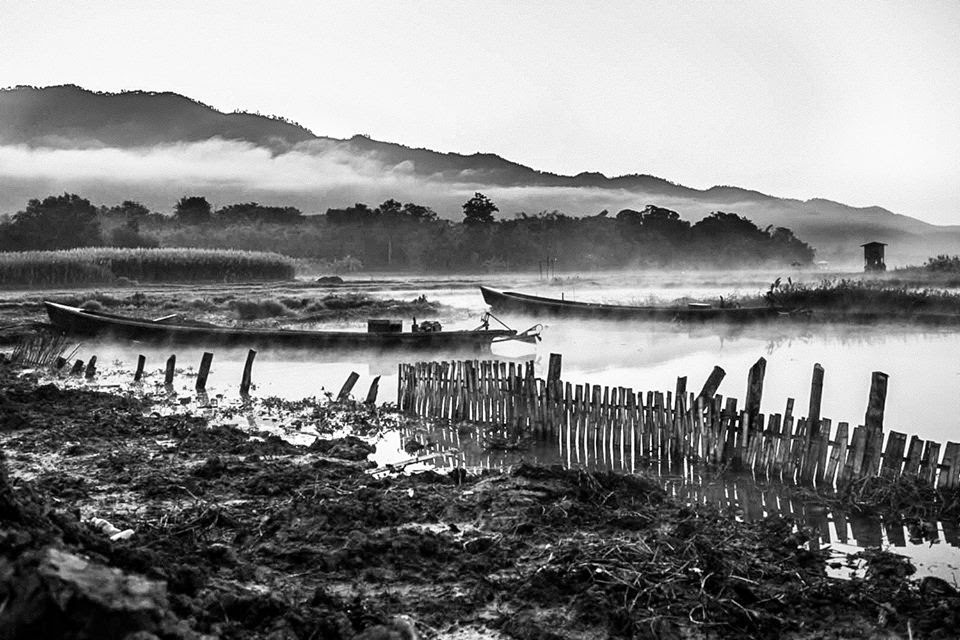 Although journalists from around the world covered Tiananmen Square extensively in 1989, the brutal massacre of students in Burma, in 1988, was largely ignored by the international press. Pro-democracy protests from March through September 1988 were continually crushed by the Burmese military under Ne Win, the dictator of the country, killing thousands. Indeed, many Burmese students were tortured to death by their government. Ne Win has never fully been entered into the ranks of the buffoonishly cruel dictators of modern history, although he certainly seems to deserve this distinction. He's right up there, apparently, with Idi Amin, Pol Pot and Kim Jong Il. After all, Ne Win is the 'leader' who based the economic policy of Burma on his personal astrology chart. Having been told that the number 9 was his lucky number, he summarily eliminated all currency not bearing the number 9 or adding to 9, and thus wiped out personal savings, bankrupting the country. 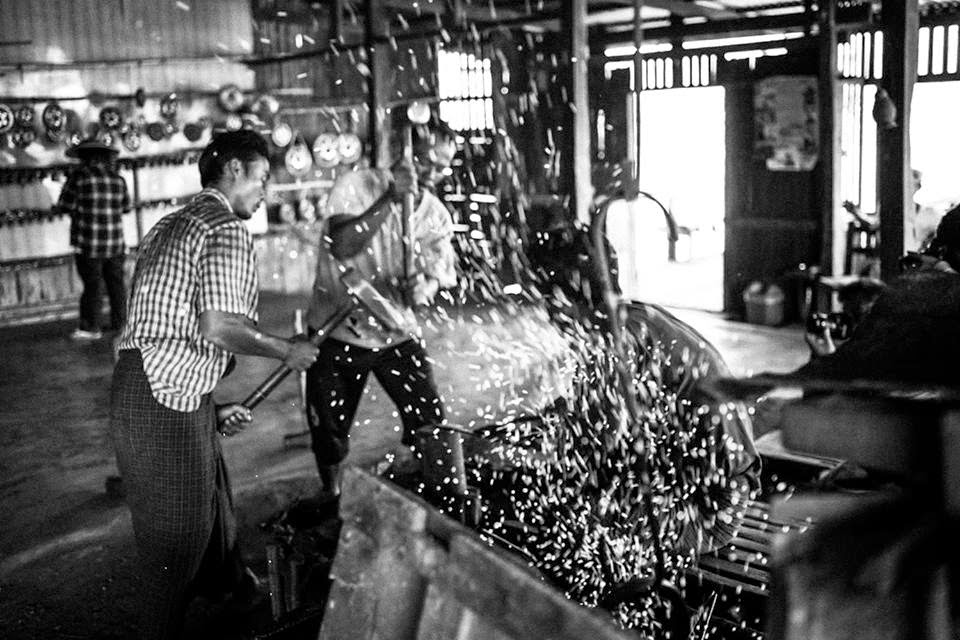 Jeenah Moon's recent photos from Burma come from around the Inle Lake region, an area of self-sufficient farmers and fishermen. She told me that she chose this area because it reminded her of photos of her own home country from the 1950s - when South Korea was one of the poorest nations of the world. 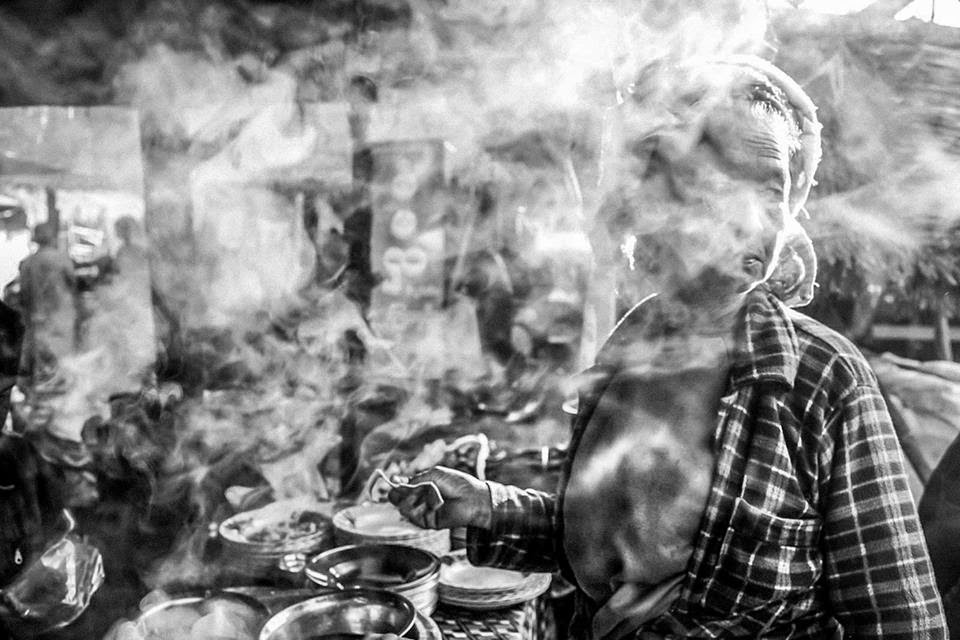 On the one hand, the photos seem to show people who perhaps have had little contact with the government and who, perhaps, have not been affected, either positively or negatively, by the policies of the junta. The people do not seem to be dying in the streets and seem to have adjusted to a lifestyle of simplicity. In fact, I think this is the key to grasping the basic truths of these images. We see a kind of timeless Burma in the photos. The residents around Inle Lake are Buddhist and live in bamboo huts. It's an image of people who have lived in this area for generations and who will live here for generations, away from the political turmoil of the big Burmese cities. 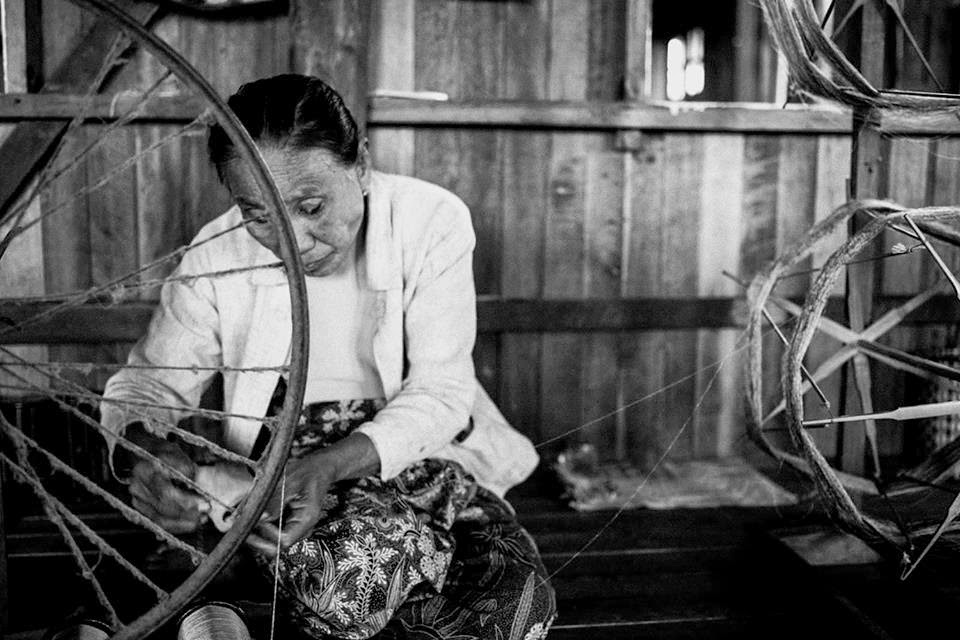 On the other hand we do see hints of economic deprivation, wire thin men, a hungry dog, dilapidated buildings. These are the folks the junta just doesn't seem to care or worry about. They can be left alone to their own devices and they'll find a way to survive just as their ancestors did.Burma has long been one of the richest of Asian countries in terms of natural resources, with the poorest people in the world. This is Burma's legacy due to the military junta still in power. Although the junta has supposedly relaxed some of its crazier policies, which caused Burma to become isolated in the world, it seems as if the current reforms are smoke and mirrors to draw international investment and further line the pockets of the military. There are massive human rights abuses in the country and reports of slavery still existing there (over 350,000 slaves as of 2013). Little of the wealth is filtering down to the poor, but this does not seem to be stopping foreign investment, since there's plenty of money to be made from this country, especially money from fossil fuels. 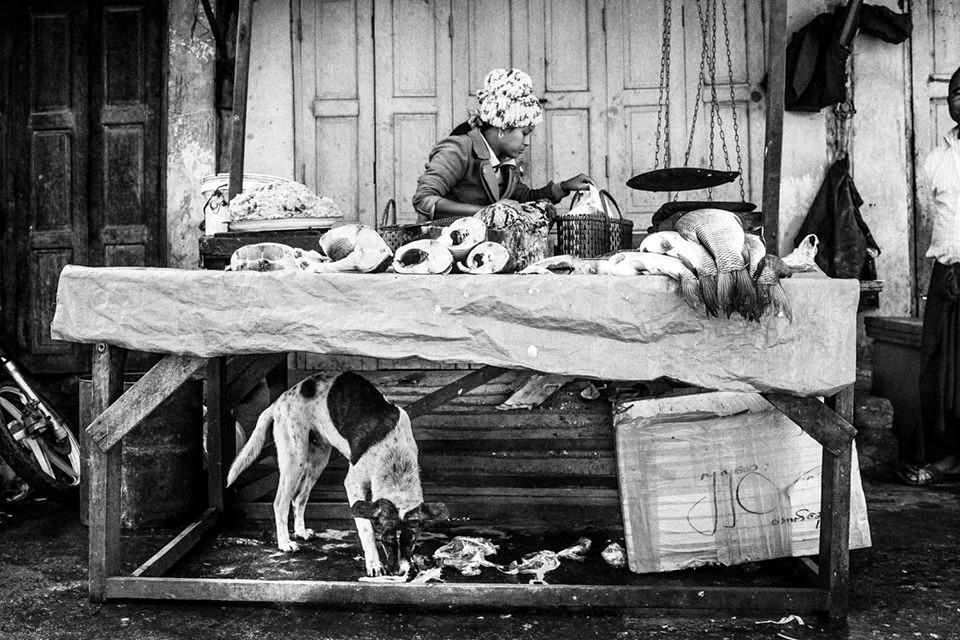 So I liked these images because Moon isn't trying to make an overt political statement. If you didn't know anything about Burma you might even think these are quaint images of happy people and might even want to spend some time away from the city in such a place. One might envy these people for their acceptance of their circumstances. Yet, knowing the history of this unfortunate country, from the time of exploitation by the English through to the current exploitation by foreign oil companies, one is forced to judge whether these conditions are as quaint and humane as they could be. What are we to think of these villagers? Are they victims? Are they totally neutral in the history of conflict in Burma? Have they been neglected by their government? Do we have a responsibility toward them? 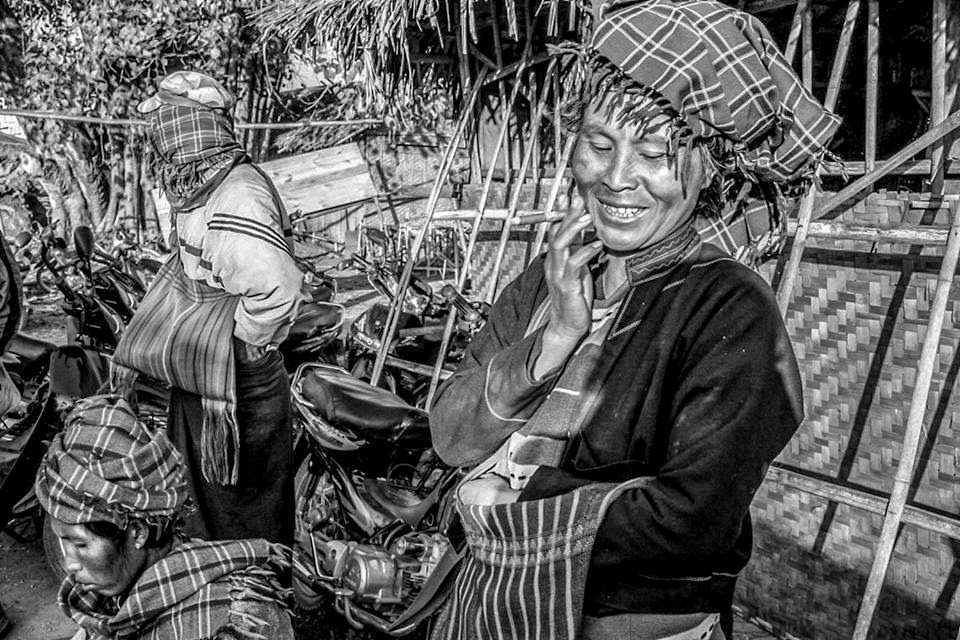 Frankly, the current military government of Burma wants to encourage tourism and much of the slave labor apparently being used is to create a better infrastructure for tourists. Moon shows that in a dictatorship you may not see people falling over in the streets from starvation. You may not even be able to see forms of exploitation overtly. The people may even appear to be happy, since, unfortunately, it seems to be in our human nature to make the best of the worst situations. 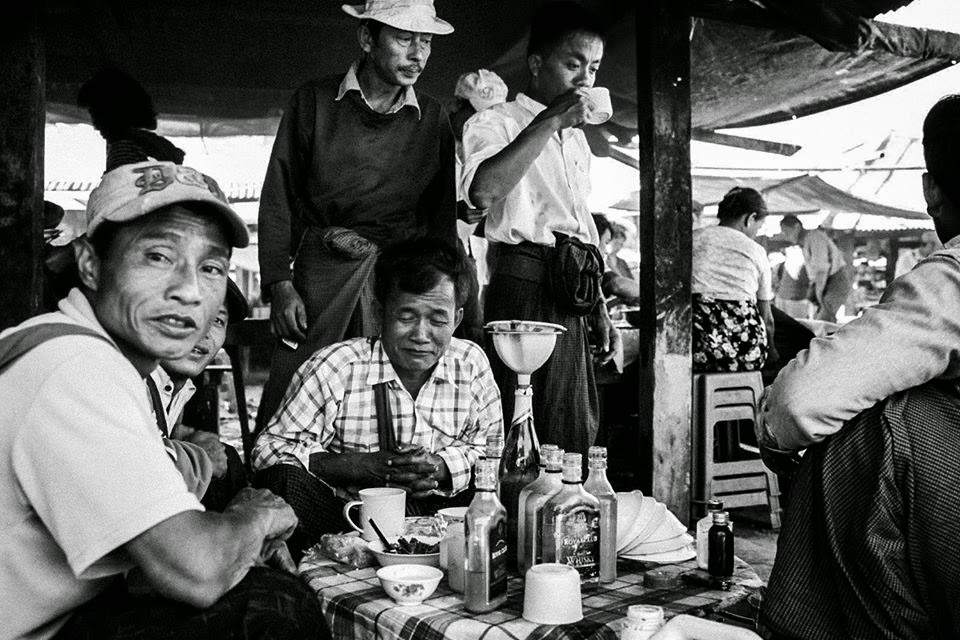 But Moon's photos certainly do not seem to show the progress and change that a country as rich as Burma should be showing. She seems to be challenging the viewer to look behind the smiles and satisfaction of the self-sufficient farmers and ask whether this is a situation that, in reality, the civilized world should be satisfied with. 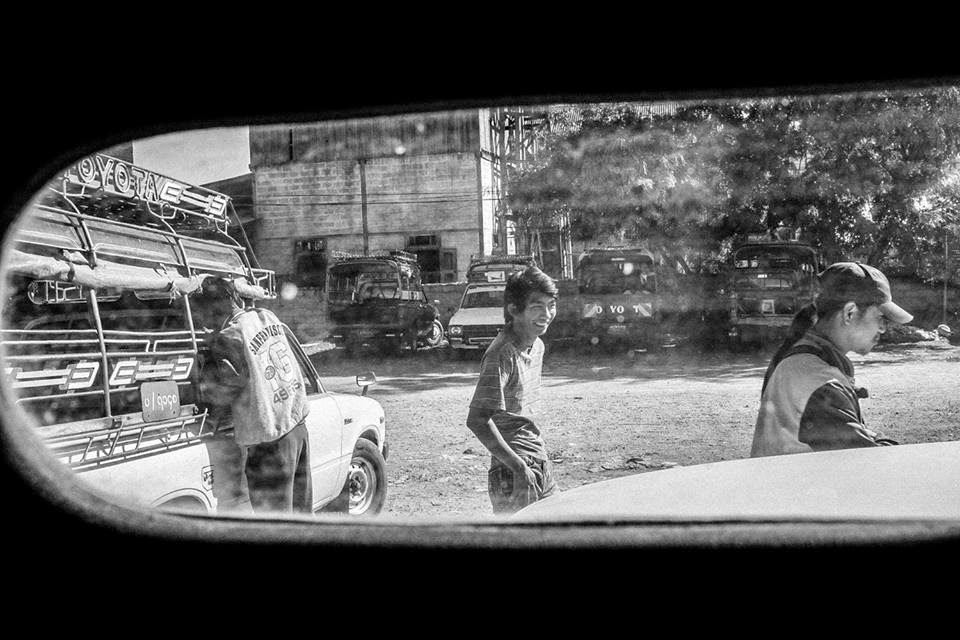 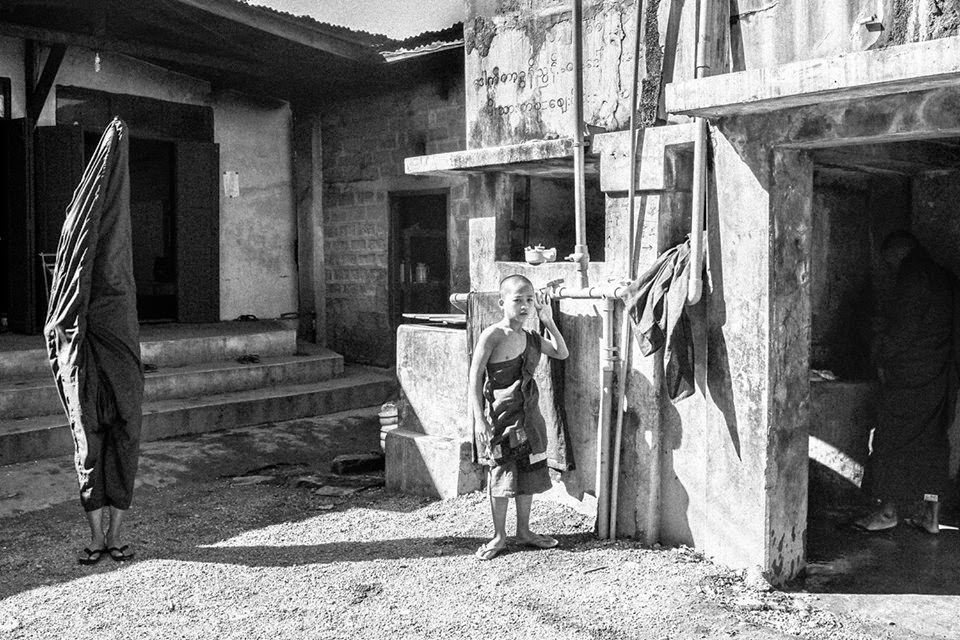 Note: The show is ending tonight, but if you are interested in purchasing prints of the photos, please drop me a line and I'll get in touch with Jeenah or the studio. I think the photographic prints are going for quite affordable prices.
Posted by Daniel Gauss at 1:02 PM