In 1979 the City of Chicago, under Mayor Jane Byrne, did an amazing job of fundraising and obtained a first rate, spectacular sculpture from one of the great artists of the 20th century, Joan Miro.  Here it is: 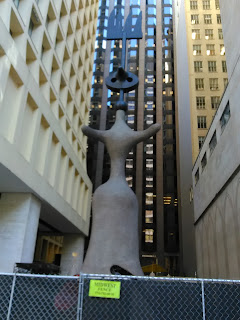 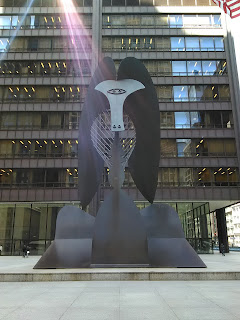 The only problem is, the City of Chicago has built a giant bus shelter in front of the Miro sculpture, totally obscuring it. Here it is now: 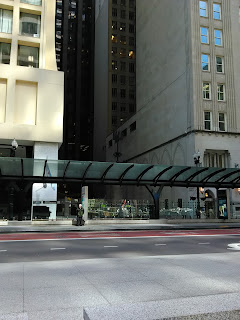 You can't see anything of the Miro sculpture unless you virtually walk right into it.

Can you imagine New York City shelling out a ton for a great work of art and then burying it behind a bus shelter? OK, Chicago, you have "The Bean" which is not a bean but is really called "Cloud Gate". That does not mean you have to bury older works of modern art behind structures.

Miro actually DONATED his design to the City so the people of Chicago could afford it.

What would this amazing artist say now?