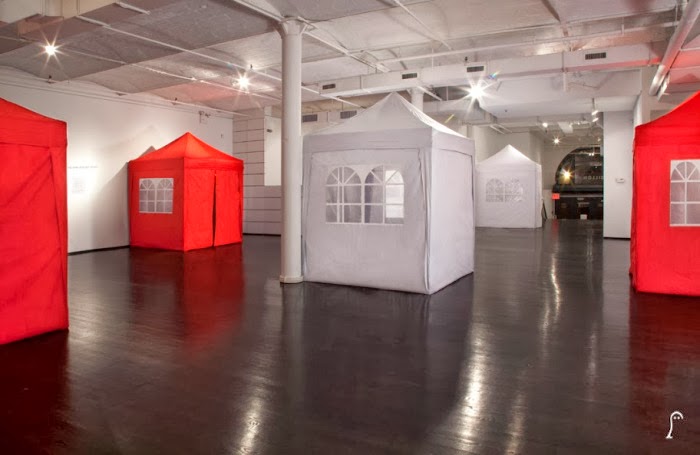 It is, basically, a magical, desired and valued quality.  It denotes a special, deep insight in the animal world that humans either lost or never had.  Indeed, in our evolutionary development we apparently sacrificed this sense, somehow, to develop our eyesight, even though the development of human memory is tied to the development of the sense of smell in mammals.  Ancient people felt this loss of the sense of smell to be highly significant. One shaman once said, “The nose of one bear is worth more than the world’s greatest library.”

As part of an overall exhibit at Dillon Gallery called “Armchair Parade”, Christophe Laudamiel has created a number of ‘scent sculptures.’  In this show Laudamiel demonstrates that differing types of fragrances or smells can be perceived aesthetically/symbolically as well.  Indeed, perhaps this has been a neglected aspect in the field of art.

Laudamiel presents 7 different types of fragrances within little black tents inside the gallery, and each scent is meant to correspond to a feature in the exhibit downstairs (which contains various creatures huddled together in front of television sets watching Punch and Judy reality-type TV shows of creatures like themselves.)  In a little display you can read before entering the gallery, Laudamiel invites you to enter each tent, close your eyes, clear your mind and simply breathe in.

Basically, to me, the scents fell into two broad categories.  Frogs, piglets and bay horses seemed repulsive.  I literally saw a couple running from the bay horse tent waving their hands in front of their faces.  ‘Furs and Feathers’ was more appealing.  The tents that possessed the more appealing or attractive smells were sweeter smelling while those that were more repulsive were more acrid, pungent and bitter.

So I think that one big insight this show gave me was that when we decide on choosing symbols for the little allegories we create for ourselves about, say, our spiritual development, we choose sweet stuff to represent the fulfillment of the spiritual quest because sweetness produces a hedonically pleasurable response.  The stuff that makes us feel sick becomes the evil, demonic, antagonistic element in our allegories.

I think Laudamiel plays with this.  He challenges us to rethink our symbolism.  Bay horses, for example, are nice animals.  Horses are a symbol of transition – they take us from rotten places to better places.  But bay horses smell bad.  Shouldn’t  we demonize them, therefore,  because they smell unpleasant?  I mean, sure they can transport us from a rotten place to a good place, but who wants to be transported on a smelly horse?

What about frogs?  Should I hate frogs or create an allegory about an evil frog that inhibits my spiritual development because, basically, the smell of a real frog might make me want to puke?  There are lots of children’s stories about princesses kissing frogs.  Is this like St. Francis kissing a leper?  Are these princesses showing an extraordinary humanity because of the bad odor of a frog?  As we know, a bad odor can cause us to vilify a person and strip him/her of his/her humanity (just think about how you feel about some of the homeless people on the MTA subway system who fill an entire car with their odor). If the kindest person in the world smells bad, we still want to kill him! He is the enemy!  How dare he smell like that! He should be executed!

But, I think you should smell for yourself.  Get your olfactory mechanism over to Dillon before this show ends.  The smell sculptures, themselves, are worth experiencing, but entering the underground lair of the TV addicted creatures is also quite an amazing experience.  This lair was created by Julian Crouch (Shockheaded Peter, Satyagraha), composer-musician Mark Stewart (Bang on a Can All-Stars, Paul Simon) and filmmaker Ragnar Freidank (The Beautiful Hills of Brooklyn)

Please take a look at the work by these other talented artists: 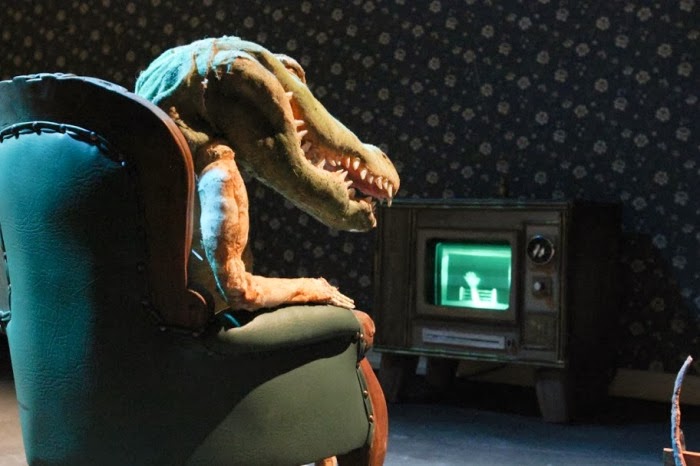 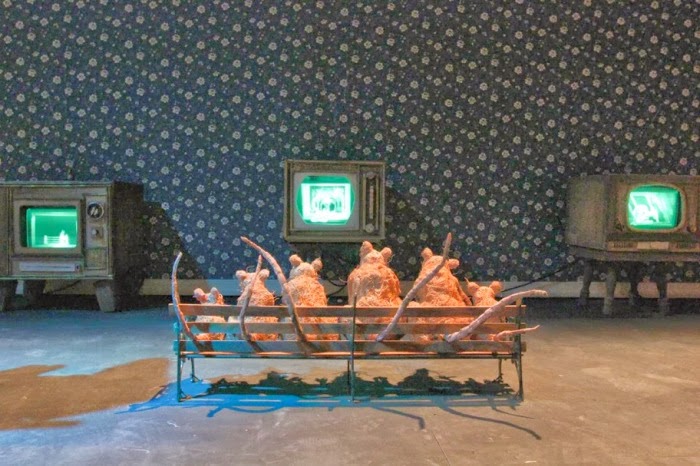 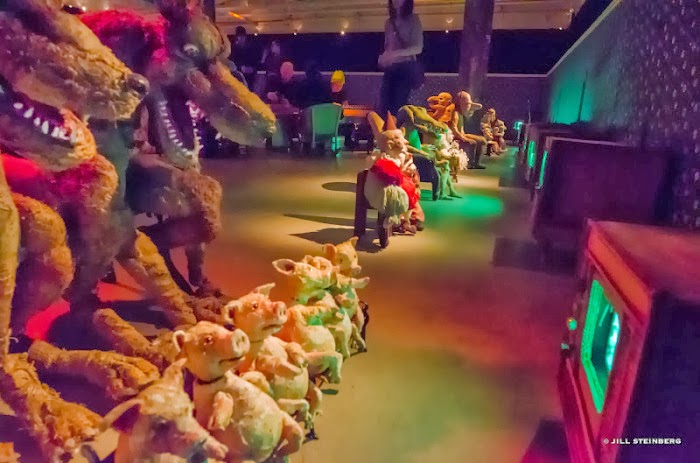 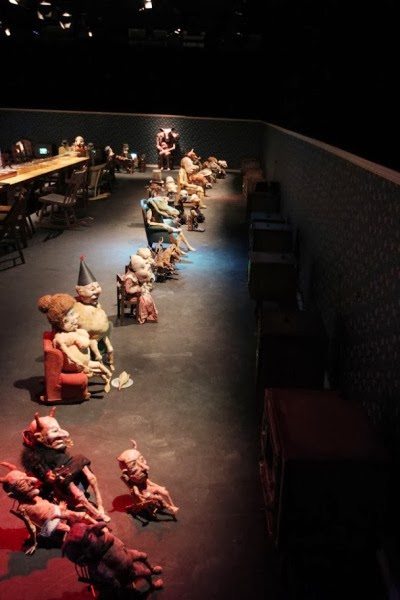 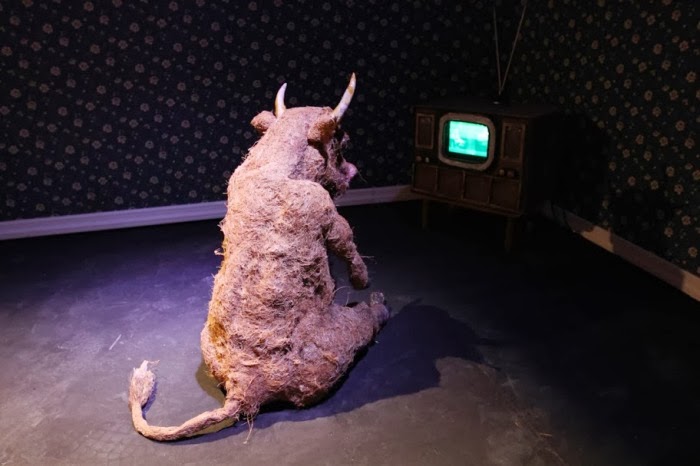