According to Mary Anne Staniszewski’s book Believing Is Seeing, “art”, as we view it, did not start developing until around the time of the French Revolution.  She argues that the rise of a middle class art market freed the artist to develop his/her own themes and concepts.  Instead of a few patrons describing the work they wanted, artists could now freely create what they wanted to and offer pieces in the market place for folks to select from – this lead to greater competition and experimentation (she argues that developments in western art have always been dependent on developments in western politics and the economy).

I mention this because UNIX Gallery points out in their press release that as well as being deeply influenced by the work of Francis Bacon, Philippe Pasqua follows in the tradition established by Courbet in his choice to paint those who have not been fully embraced, if embraced at all, by society.  What I think is provocative is that, if you think about it, nearly the whole history of art before Daumier and Courbet utterly ignores social suffering or those who had been marginalized or victimized by other segments of society (the only suffering depicted seems to have been the suffering of Jesus, Christian martyrs, people in hell or mythological figures).  Even when Velasquez painted his peasants, they had big ol’ smiles on their faces as if everything in their lives was just fine. With the rise of the middle class and representative government in the 1800s, we also get the creation of a journalistic concern for identifying and solving social problems.  The depiction of social suffering, suddenly, in the 1800s, became desirable (or at least marketable) in art.

What I think is interesting, though, is that Pasqua’s art deviates in a meaningful way away from this tradition.  In the UNIX show there are large paintings of young people who seem to be in deep psychological pain, experiencing some type of shock or expressing some type of horror.  What helps give these portraits extra power is that they are completely separated from any context. We do not know what generated the emotional response we perceive on the face of the person depicted.  As a contrast, when we look at, for instance, the famous photo showing the expression on the face of the Vietnamese child burned by napalm, the context subsumes direct engagement with the child’s suffering.  This is a photo which is an indictment of war, it is not a photo necessarily meant to bring us closer to the experience or humanity of the child. 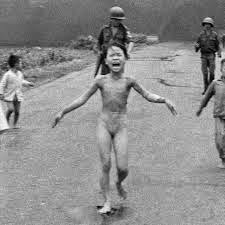 John Locke pointed out that when we witness suffering, we suffer as well.  We don’t suffer to the same degree, but we are emotionally hurt when we see others who are in pain.  So depicting pain allows an artist to create an immediate emotional engagement between his/her work and the viewer.  But I think that Pasqua goes even one step farther.  It’s almost as if he invites us, through his portraits, to attempt what the early psychoanalysts tried to do.  According to Jung’s concept of ‘the wounded healer’ the therapist has to move beyond mere compassion and the pain Locke described and truly feel the specific pain or specific horror that the patient is feeling.  Only by connecting on this deep level could the patient’s pain or emotional suffering be erased by the therapist.  It’s as if Pasqua’s paintings challenge us to try to connect on deep levels with those who are suffering, perhaps as a form of self-therapy or as a way to develop a greater sense of humanity and engagement with others.

Furthermore, by not knowing the context of the suffering individuals, we are engaged in a way that prevents us from removing the source of the pain.  The artists and photographers who have documented the social context causing the pain of their subjects, as well as the pain itself, imply that we, the viewer, can remove this source of pain.  This seems to be the raison d’etre for such photos – to call awareness to conditions causing pain so the conditions can be removed.  But often, we, as individuals, are helpless to remove this source of pain.  Often we live among apathy or self-absorption and can do little ourselves.  We, as individuals, are powerless to stop a war, to eliminate poverty, to end interpersonal cruelty. Perhaps Pasqua is pointing to a type of hypocrisy in the very act of documentary journalism – to what extent are these journalists exploiting those who suffer to provide viewers with a pleasing sense that a problem has been documented (by the hero artist) and will shortly be ended (somehow). To what extent is documentary photography/art feeding our lust for self-satisfied pity, while we live securely, apart from the suffering?

Also, I think an implication of Pasqua’s work could be that the artists who have depicted social suffering in the past were too deeply influenced by artists who depicted religious suffering.  When you look at Jesus on the cross or a martyr being tortured to death, you are looking at an ‘other’ - a type of superior being who made a sacrifice you’ll never make.  You are to respect and venerate this image of suffering.  You feel pity for the courageous martyr who took the step that lead to his/her death.  Basically, art and photographic pieces that show the sufferer within the social context of suffering is too close to this religious depiction of suffering.  The little Jewish boy in the Warsaw ghetto with his hands in the air and the look of fear on his face is the ‘other’ who is to be pitied just as the Vietnamese girl was to be pitied. 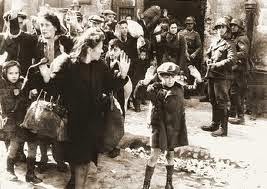 So the real value of Pasqua’s work, in my opinion, is that he wants us to move beyond pity and compassion. He wants us to move beyond viewing those who suffer as ‘others’ and to attempt a deeper connection. He also examines the extent to which this connection is possible and what our next moves might be, as social actors, after this deep engagement with the painful emotions of others.  Perhaps his work points to a need for greater collaborative effort on the part of those who are willing to deeply feel the horror and pain that others encounter routinely around the world.

Unfortunately, due to a hectic May, I was not able to get to this show earlier and by the time you read this the show will have closed.  Please put this artist on your radar screen however – he is doing some amazing work.