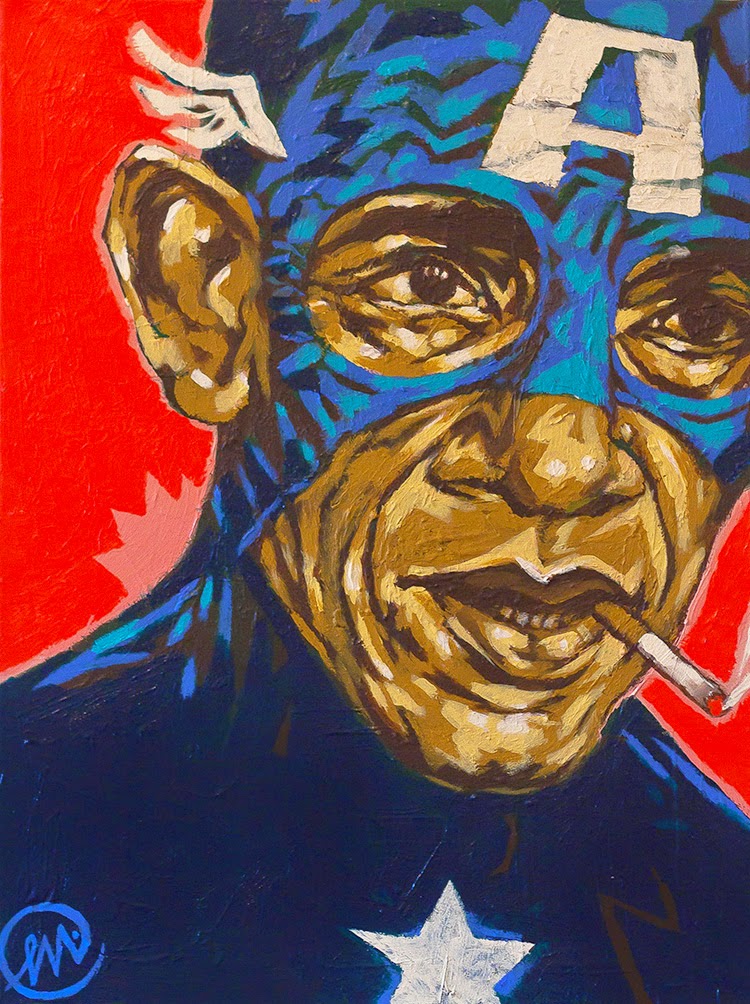 The origin of the current show at Mayson Pop-Up Space on the Lower East Side derives from the recent murderous attack against the staff of Charlie Hebdo in Paris. As Ronni Anderson of Mayson explained to me, the show was meant to address various questions like: “Who are our heroes today? Who do we look up to/idolize? And who will save us from corrupt governments, hate crimes, shallow materialism, and violence?” 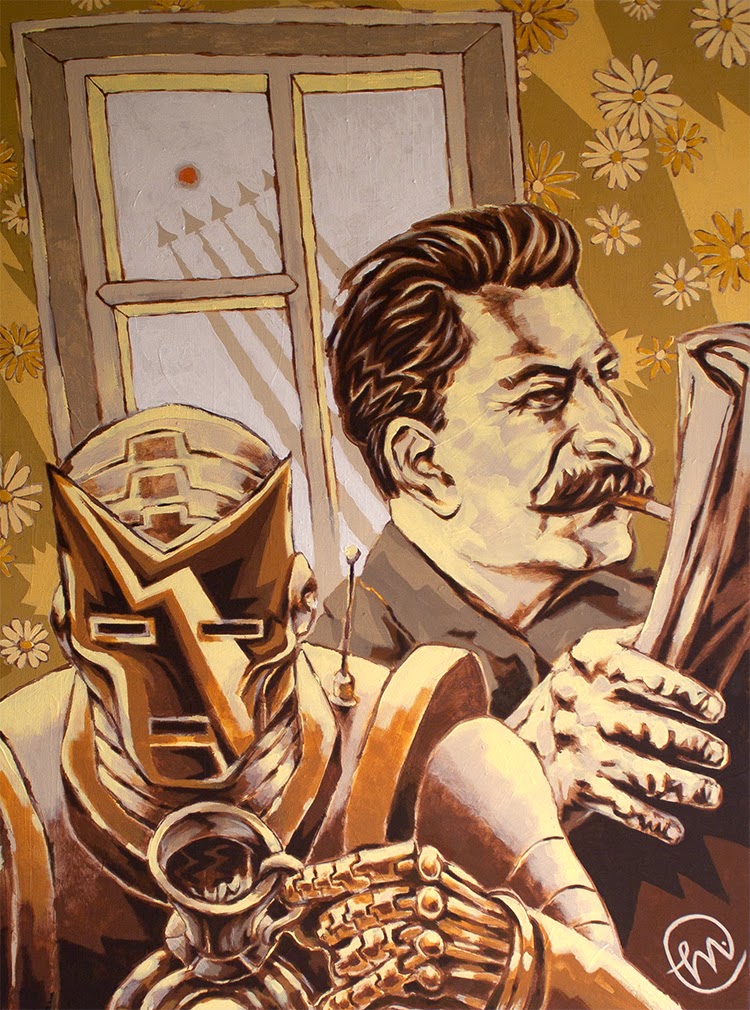 I loved the Obama as Captain America painting by Misha Tyutyunik because I think it helps answer several of these questions. Frankly, I tend to think we as citizens, to our own harm, ask too much from our leaders and expect too much from them and remove too much responsibility from ourselves. It’s almost as if we elect de facto dictators. We want to go about our own business, and many of us go about business doing remarkable things each day, but we tend to allocate all or most responsibilities to our ‘leaders’ and drop everything into their laps and expect quick solutions to complex problems, or we elect a new series of de facto dictators, who will also fail due to a lack of insight and long-range planning. 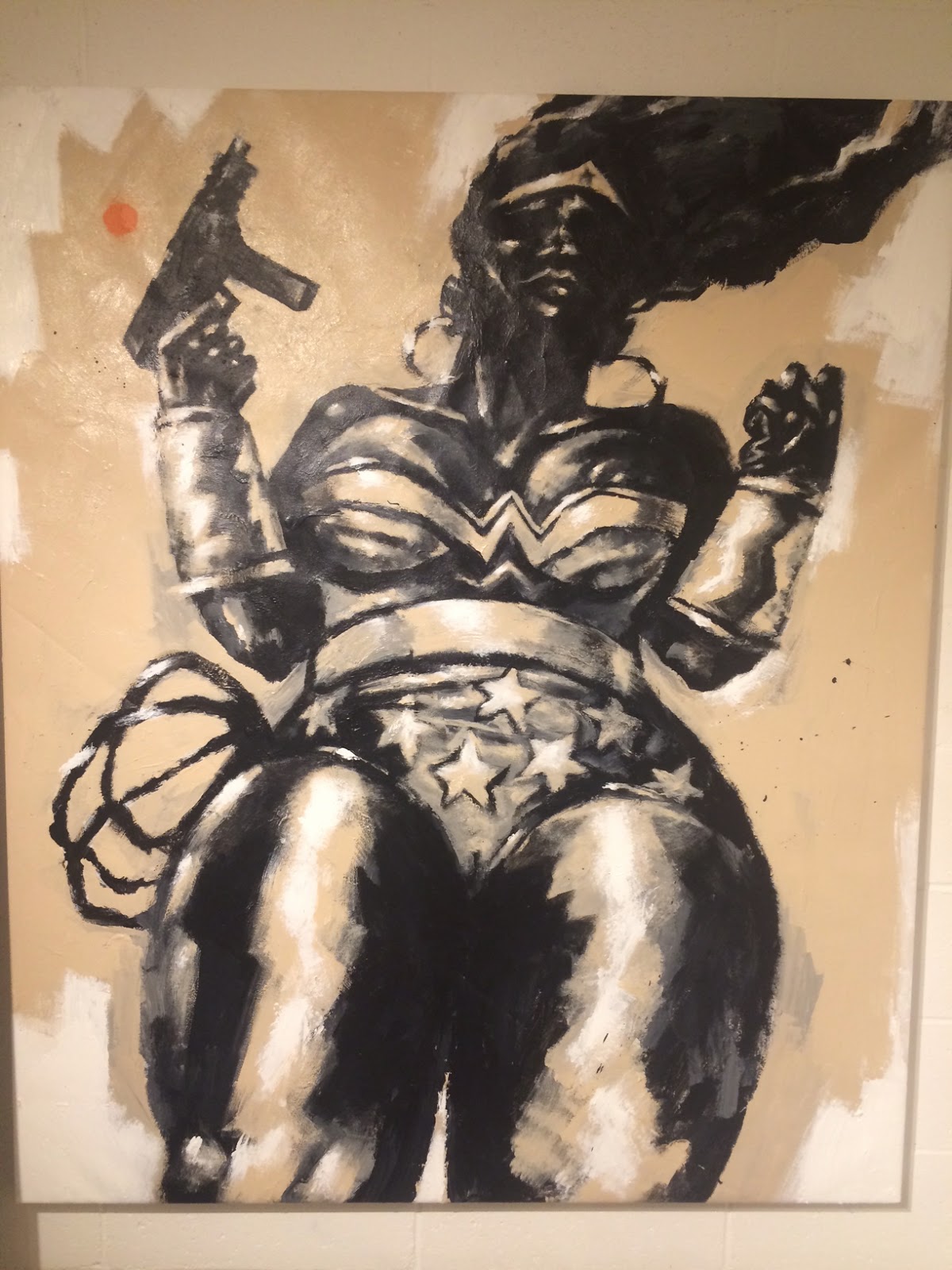 We are appalled, for instance, by the fact that, statistically, African American students perform poorly in their all-black schools, living in racially segregated neighborhoods of poverty and violence, but we, ourselves, choose to live in lily-white neighborhoods while demanding that politicians solve the problem with our school system. It’s the attitude of the townspeople in Fred Zinnemann’s High Noon (1952) – “We paid good money for a Marshal!  Why do we have to fight Frank Miller and his brothers! That’s not my job!” 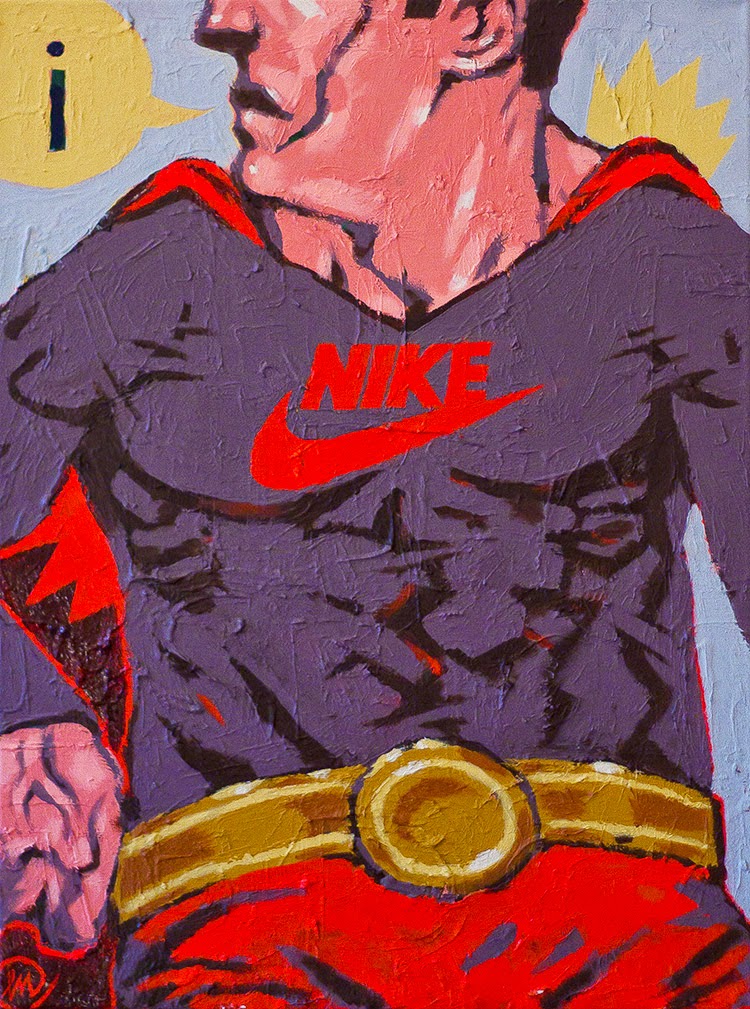 The show, therefore, might also be asking, “Do we or don’t we, as citizens, even busy citizens, have an obligation to be more engaged in our democracies and the operations of our government and policy?  How can we accomplish this? Is it really a democracy if people just vote and expect their political super-heroes to change everything while they do not fully examine, perhaps, the ethics of their own actions or choices? How different is this from putting a Mussolini into office and closing our eyes?"  So we see Obama in his Captain America outfit, stressed out and puffing on a cigarette because he’s the guy who has to fix everything and he clearly can’t do it alone. 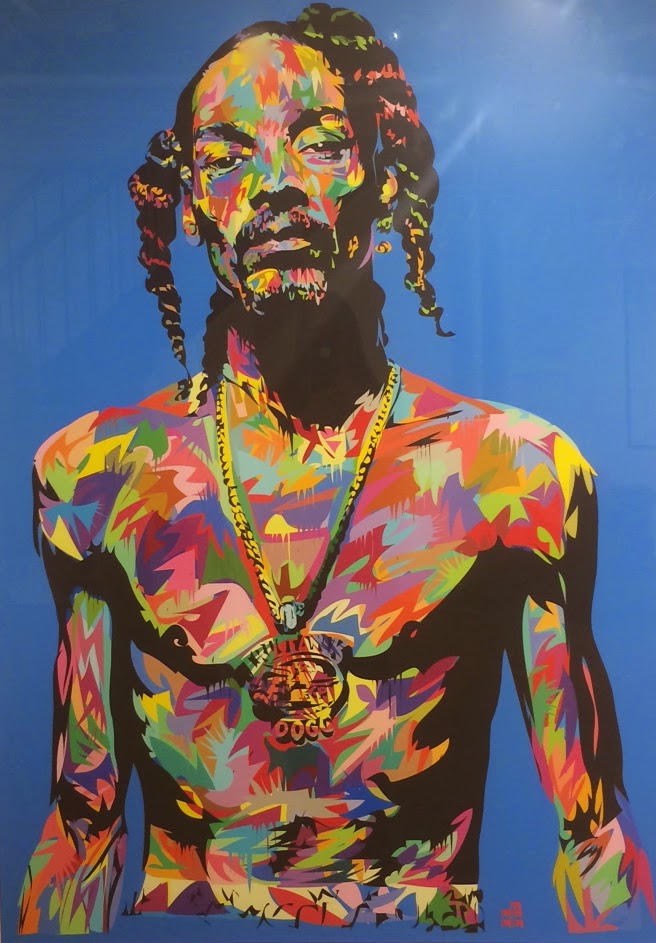 The show is mostly of very entertaining and thought-provoking images by Tyutunik as well as some amazing work by GG and Technodrome 1.  You have to see this cool, thought-provoking show at Mayson’s Lower East Side location at 98 Orchard. 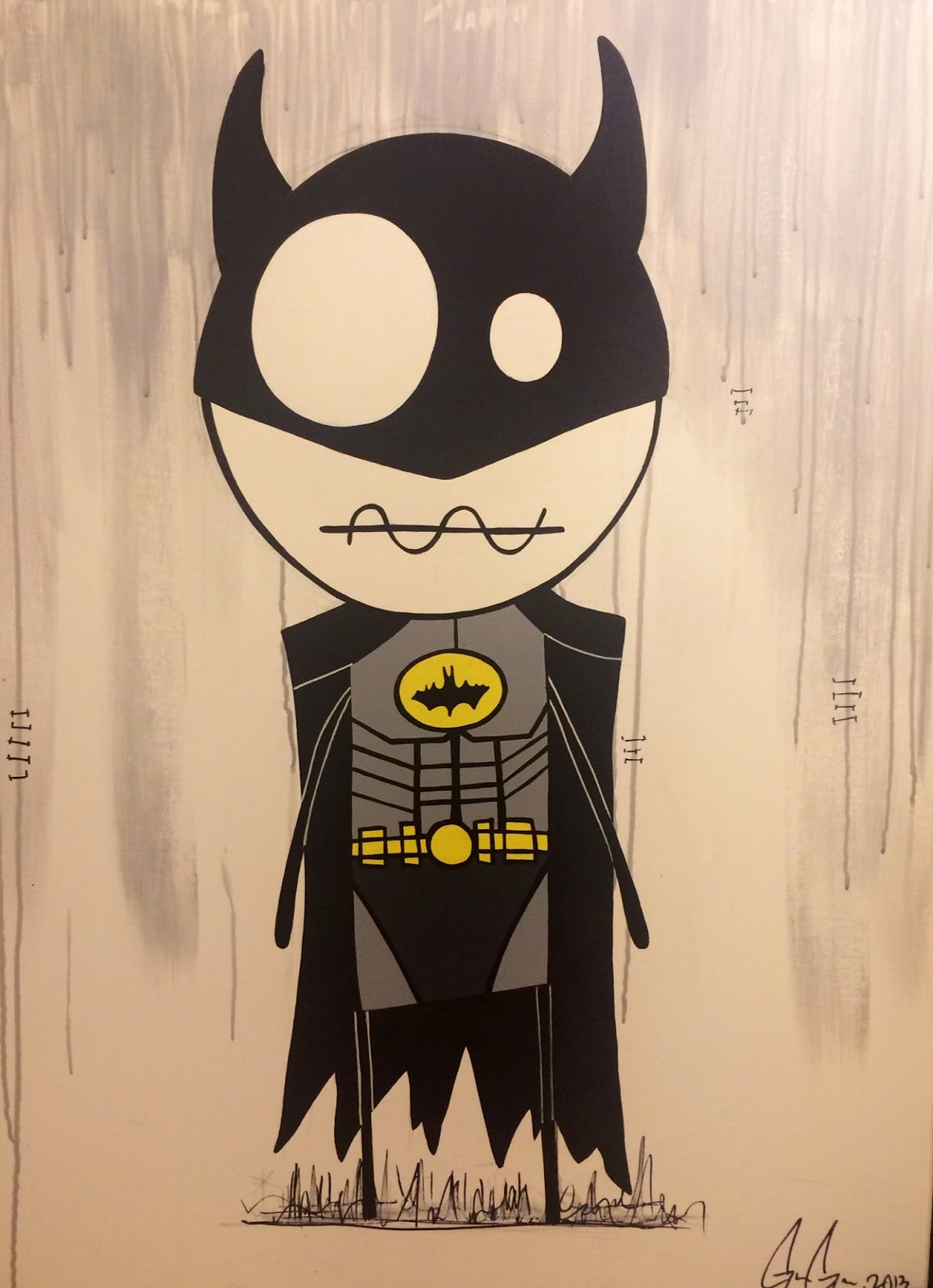