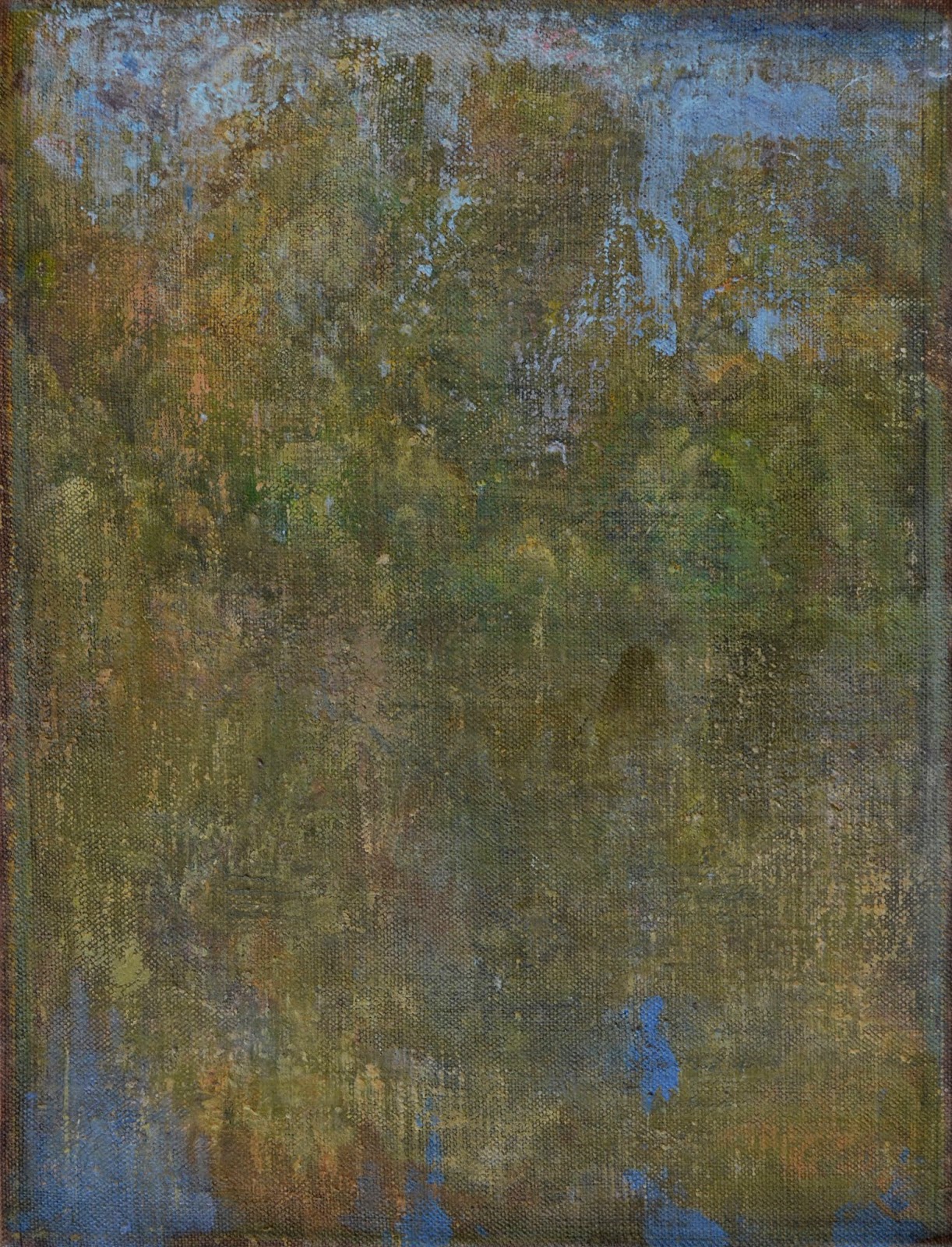 The weathering process is the first thing that grabbed me about Eric Holzman’s amazing new landscape paintings at Lori Bookstein Fine Art.  Holzman literally adds types of dirt, sand and dust to his paints and this achieves a really arresting effect on the viewer. These oil paintings initially reminded me a bit of some of the landscape frescoes that were found on the inner walls of houses in Pompeii. It turns out, however, that Holzman is inspired by various Renaissance artists and it seems (based on previous reviews of his work) that the process he uses is meant to get the feel of that time period.  In fact, if I didn’t know that he was creating his work from rural areas in Westchester and the Hudson valley, I could imagine that he might be engaging in a type of conceptual process, beginning by selecting sections of the landscape from the background of, say, a Giorgione painting (or any number of Renaissance masters) and copying and blurring these landscapes and presenting them separate from any figuration – as if he’s trying to free Renaissance landscapes from the human figure and allow them to be experienced by themselves. 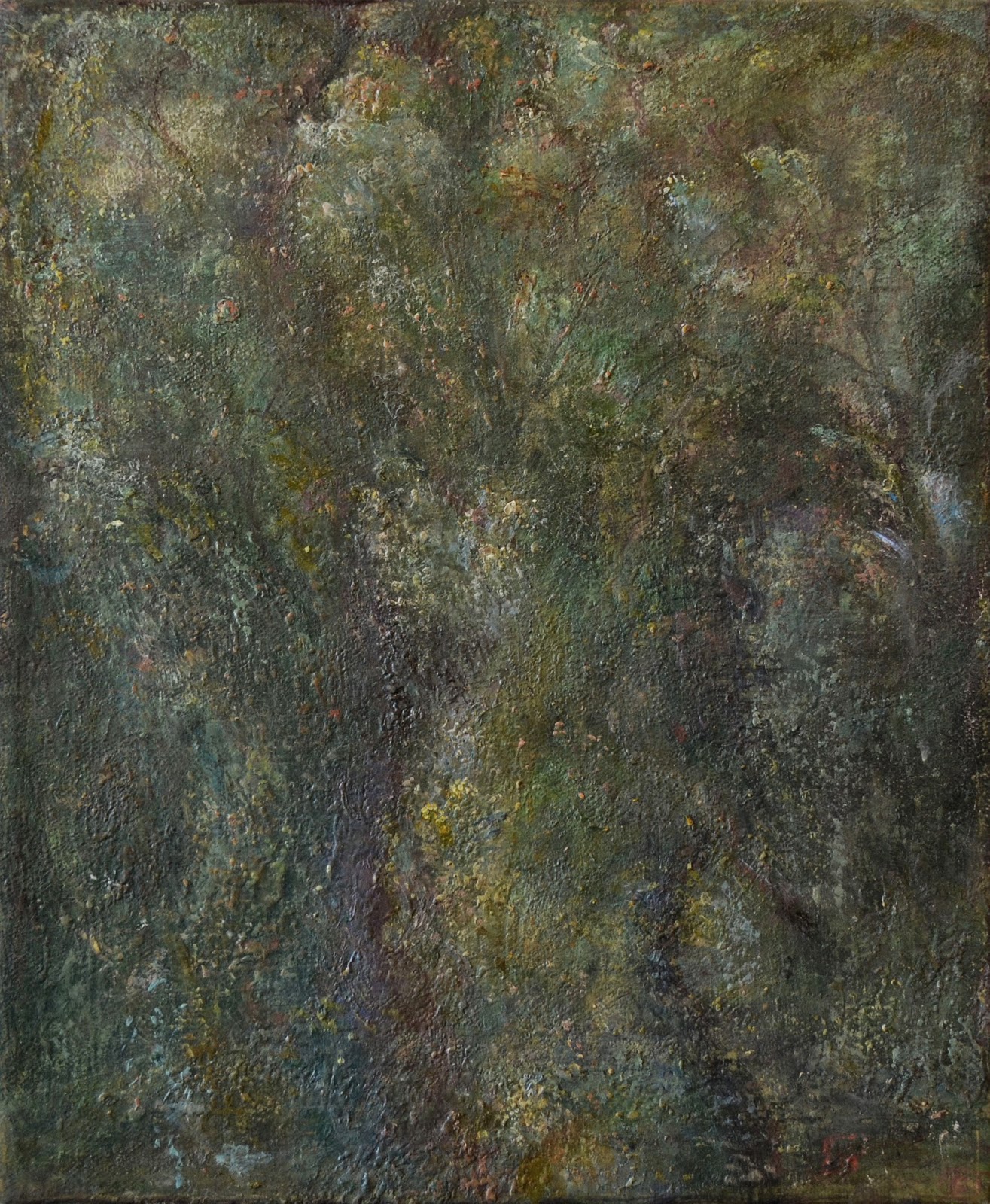 The weathering process is important because it makes many of Holzman’s paintings look as if they were done during a time before the onset of industrialization and our reliance on science to understand and exploit nature.  It’s as if he is announcing through his process that he is hearkening back to an older vision of and engagement with nature. So we are engaging nature, first, in what seems to be a somewhat removed historical sense, but then through Holzman’s experiments with color and form we are brought back into a hyper-enriched engagement with nature. 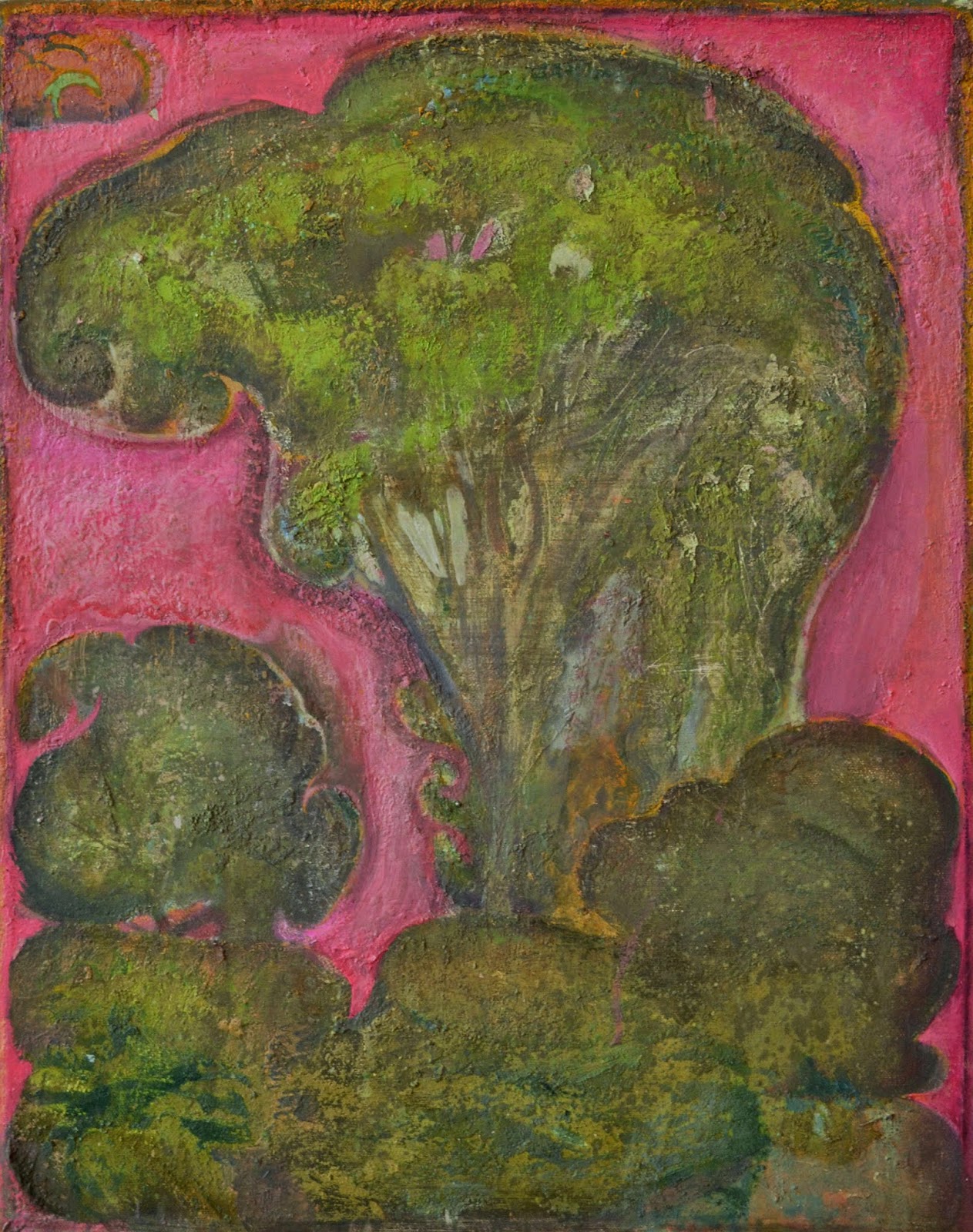 Science has replaced the ‘ancient’ belief in transcendence through engagement with nature with the belief that what is useful about nature can be grasped with good math skills and that this shell of reality suits our purposes just fine. Holzman’s paintings attest to the belief, perhaps, that a union with nature is still possible and might lead to a greater understanding and acceptance of what underlay perception, which might then lead to greater spiritual development. 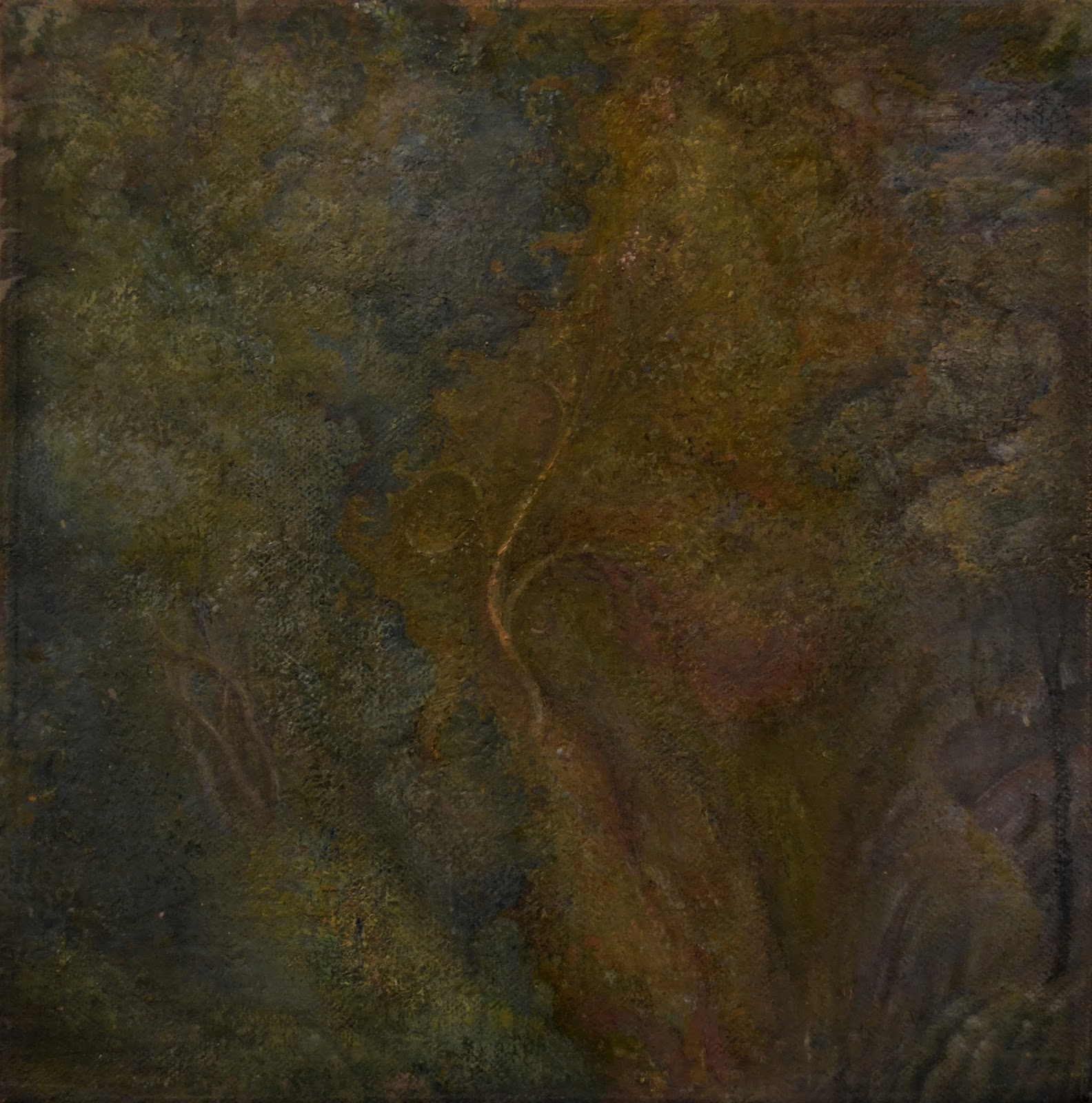 The Romantic painters, of course, thought that if you gave yourself enough time and stood in the presence of old ruins, or huge trees or expanses of ocean etc. you could enter into a type of trance that would obliterate the distinction between the outside and inside world and bring about a type of communion with nature leading to a heightened sense of the sacred or spiritual. So I believe that when you reach a state where you can be so deeply influenced by nature, Holzman’s paintings might be what this experience looks like. At times he preserves many of the formal qualities of trees and forests and at other times these become more indistinct as colors seem to almost melt into each other, representing, perhaps, a union which shows that the mind is not separate from nature but a part of nature to be influenced and changed by nature.