The Left Front: "Radical" US Artists between the Wars at Grey Art Gallery, NYU 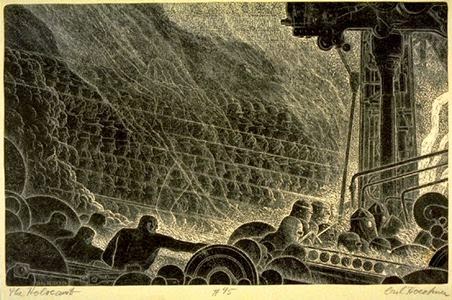 Chinese artists are soon going to be required to spend one month living among poor Chinese farmers in rural villages. The rationale of the Chinese Communist Party is that it does not want Chinese artists to succumb to what it sees as the predominant Western orientation toward art production – divorce art from all real social concerns, dabble in beauty and mysticism, and produce for the wealthy art-buying market. The CCP also seems to want Chinese artists to experience various aspects of Chinese social life often neglected by the urban elite and to be influenced by the unsullied nature of the countryside and the work ethic and sense of integrity of non-urban dwellers.  Indeed, the CCP seems to want to bridge the traditional gap between the urban and rural and perhaps forcefully reveal that the farmer is to be respected as a social equal in contemporary China. 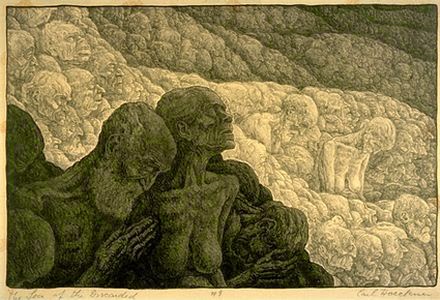 This approach by a contemporary socialist government is interesting in light of the predominant socialist aesthetic concept, developed shortly after the Russian Revolution, that an artist who lives among poverty or corruption or forms of social injustice must not blithely ignore the world around him/her and wallow in self-absorbed aesthetics.  One finds oneself in complicity with social injustice if one has a means of expression and does not publicly object to what is wrong.  Indeed, we see how strongly this concept was once embraced by some American artists at the Grey Art Gallery’s current show, at NYU, called The Left Front: Radical Art in the “Red Decade,” 1929 - 1940. 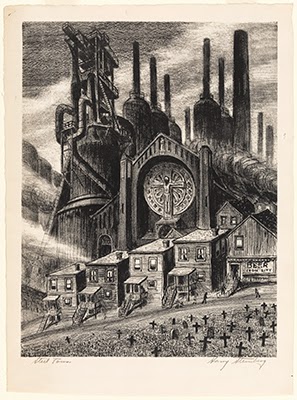 In 1937 the American artist Carl Hoeckner wrote, “My art aims, up to the outbreak of the world war, were the search for and expression of beauty. During the war I became interested in truth – the bitter truth and the struggle of life in general.” This quote seems to point at the two forces that will often tug on an artist from opposite directions.  There is the need for inner exploration of the possibilities and conflicts inherent in individual humane development, and there is the world outside filled with corruption, racism, injustice and violence, just begging to be exposed for what it is. 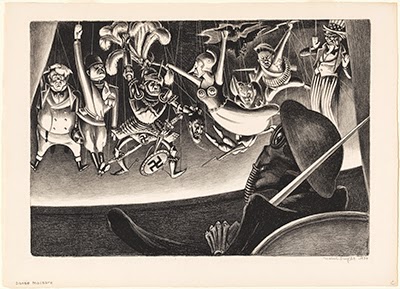 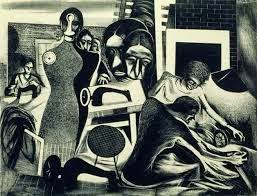 The pieces in this show, which do an amazing job of social criticism (they reminded me of the work of the New Objectivity movement that was occurring in Germany at around the same time) forced me to ask myself, however, whether it is possible for a visual artist to, somehow, integrate these two forces into one’s overall work.  If not, this could be due to a limitation of the visual arts medium. 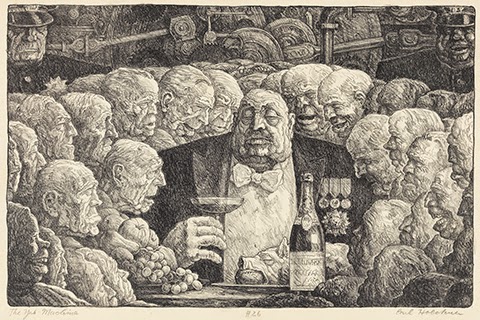 In literature, after all, authors often kill two birds with one stone by engaging in social satire or the exposing of injustice while also exploring the possibilities of individual humane development. Dickens and Dostoyevsky, I believe, did this. Toward the end of his life Tolstoy’s Christian anarchist approach in that his novel Resurrection blended an attack on what passes for justice in the civilized world with an implied  concept for self-development in which the true Christian naturally evolves into a dissident role, through an enhanced sense of humanity and compassion, in his/her society.  Perhaps this type of blending is in some of the works, but the predominant approach in this show is to document the social wrongs of the time, and there’s something really amazingly exciting and fun, even 70 years down the line, about seeing artists just laying the naked truth of the corruption, exploitation and abuses of their society out there for anyone to see.