There is currently a 6 venue retrospective, in New York City, of the work of legendary Brooklyn artist Otto Neals – please see the end of this review for the addresses of the venues. 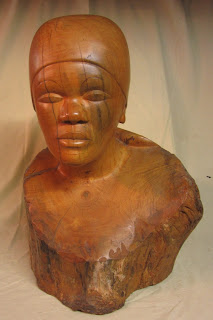 Jacob Lawrence, an artist Otto Neals knew, and whose ‘Migration’ series you may have recently seen at MoMA, once said, “If I have achieved a degree of success as a creative artist, it is mainly due to the black experience which is our heritage – an experience which gives inspiration, motivation, and stimulation.” 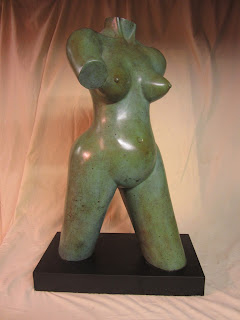 Like Lawrence, Neals seems to draw largely from aspects of African American culture, but he doesn’t seem to focus so much on specific historical or sociological situations as Lawrence did. Therefore, to a great extent, Neals frees his African American and African subjects from a historical or social context that might otherwise be used to too narrowly define them. He does, however, keep his subjects within a strong cultural and community context.

The identity of his subjects is often established within their communities and the over-arching culture of a people often forced into a status of segregation from the ‘dominant’ culture and consequently forced to adopt survival (and victory) strategies based on mutual support, community concern and positive, pro-social action to the benefit of all – to become, as MLK Jr. put it, the ‘thermostat’ to ‘transform the mores of society’. As Dr. Myrah Brown Green (the curator of this retrospective) explained to me, Neals work focuses on “…family, community, people in the places that he has traveled to (Western Africa, Egypt, Gullah Sea Islands, Caribbean Islands), those he knows, African/Black culture, historical figures,  and people and friends in his neighborhood.” 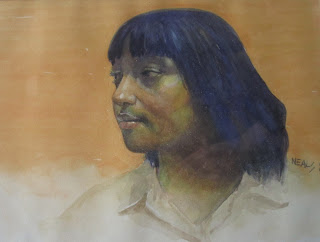 If we look at some of the pieces shown here, we see a ‘young General Moses’ who clearly has African or African American features. Neals clearly appropriates the Moses/Exodus narrative for the African American experience, implying a need for an overall ‘thermostat’ strategy and perhaps strategist with vision and resolve to help ensure the further progress of the cause of justice, meaningful integration and development for Africans and African Americans alike. Indeed, I may be wrong, but this could be a sculpture of Harriet Tubman, who was a type of Moses who led blacks who escaped from slavery to freedom. “Afro-strut” is a sensual statement of self-confidence and forward movement. “And We Didn’t Know Who He Was” is a simple but powerful tip of the hat to Kwame Nkruhma, sometimes called the African “Lenin” – a man educated in the USA who became Ghana’s first president and one of the strongest proponents of anti-imperialism and pan-Africanism (an amazing person – please do some research on this guy if you are interested in modern history). 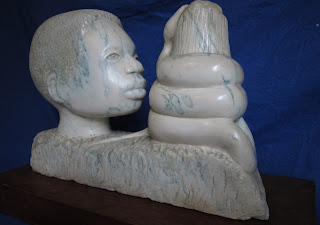 It’s not just the content and meaning of the works that Neals displays that make this retrospective worth checking out. It’s Neals himself, born in South Carolina in 1930 and largely self-taught. Throughout his life he has accepted the challenge of numerous artistic media and seems to have mastered every technique he has attempted. Indeed, despite what some might feel is a lack of ‘formal’ education, and a background not associated with other famous artists (Neals worked at the US Post Office as an illustrator for many years), his dedication to experimentation, especially in regard to his continuous mastery of new materials, raises him far above ‘outsider’ status and places him firmly in the position of an artist who merits further study. Indeed, his work is to be found in collections throughout America. In his dedication to the exploration of what exactly might be possible through various materials and techniques, and his strong commitment to and belief in his community, Otto Neals is a true New York City cultural treasure. 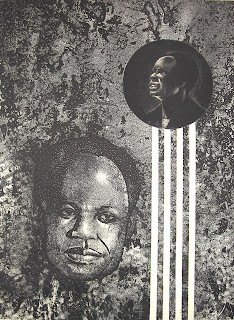