The Lie of the Purely Figurative or Gestural: Erin Smith at Amy Li 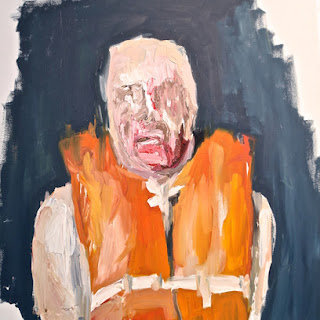 In many of the pieces of the work of Erin Smith, there seems to be a conflict between the gestural and the representational which helps bring the relationship between perception, judgment and emotional response into greater focus.  It is as if this relationship, in fact, gets in the way of pure representation, pure abstraction and/or pure process art. In fact, one flaw inherent in the type of abstraction which purports to reveal inner states of being might be that the inner states depicted are always divorced from the surrounding context generating the experience. Can we look inside ourselves and just perceive emotion? Can we look at inner states alone, divorced from everything else? Doesn’t the process of introspection involve experiencing a muddled confluence of images, dialogues, fears, desires etc.? Pure, representational visual imagery and pure abstraction both seem to become lies to Smith. 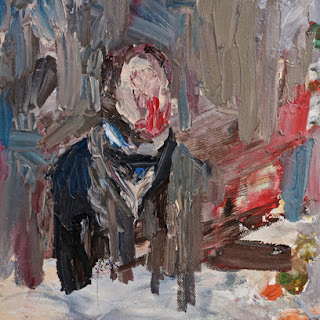 Just as it might be wrong to say there is a reality separate from the mind, it might be just as wrong to assert that there is a mind separate from the outside world. In the work of Smith we seem to see an attempt to find a point where the unity of inner and outer reality blend in the process of expression. It’s as if Smith is saying we can’t look at the inner world without reference to the outer world and vice versa. The process of introspection is multivariate and complex and, furthermore, not all of it has to be caught in the process of introspection for introspection to yield meaningful results. Smith seems to hint at what we should look for when we look inside and outside at the same time. 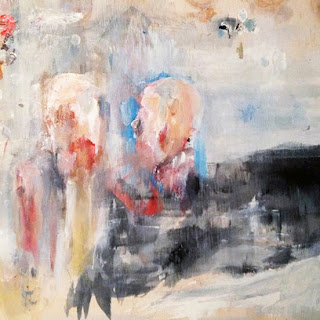 So an artist might choose an image because it is laden with some type of meaning, but in the process of depicting an image, Smith seems to assert that the artist must allow inner responses to the image to come to the fore and vitiate the clarity of the image.  So in the current show we have an image of some military character with a wry smile on his face. Perhaps it’s the wry smile in conjunction with the military uniform that was meant to be expressed to those who would also ‘get’ what this means on a literal or allegorical level. Yet the artist cannot refrain from confessing her own inner state in the process of sharing the image. This smile and uniform seemingly initiates raw emotion in the artist which also makes it to the canvas. The image elicits the responses, yet, one is also capable of assessing the legitimacy of one’s emotional responses, and this process also seems present in the tumult of the paint on the canvas. 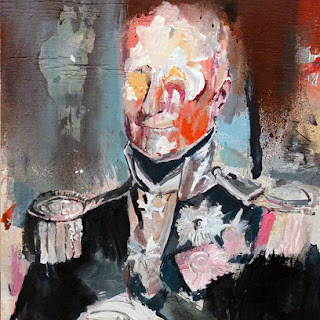 Some of Smith’s work is more representational or abstract than others. In one piece salient aspects of the human figure are almost totally eliminated through harsh brush strokes of thick paint. Just a hint of the initiating factor for this emotional display is present as emotion and grappling with emotion fill the canvas and obscure the image. It’s as if Smith is saying that perfect photo-realistic clarity would equal total emotional equanimity and she seems to be asking whether this state might ever be attainable in our relationships to others and events in the world. 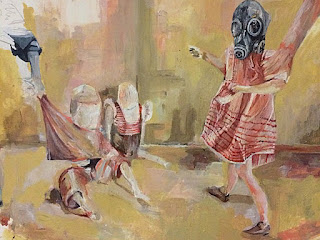 Amy Li does a yeoman’s job of bringing thought-provoking and meaningful art to her gallery on Mott Street regularly. She seems interested in finding real artists, engaged with real issues and creating real art. Recently I read an interview with a gallery owner who categorized artists as “emerging”, “mid-career” or “blue-chip”. At no point did he talk about authenticity of expression or the desire to really engage others on a meaningful or transformative level. He didn’t talk about artists as seekers trying to get their new findings out there to the benefit of other seekers and doers. To this owner, and maybe to many artists, the expected progression of an artist has to be expressed in terms of whether or not the artist is moving toward greater and greater economic success. The more upper-middle class you become through your art, the more ‘blue-chip’ you become.  Attaining an upper middle class life style becomes the be-all and end-all of the artistic endeavor. By this time, the artist is, however, basically just forging his/her earlier work for a market that knows what to expect and rewards one for meeting such (low) expectations. 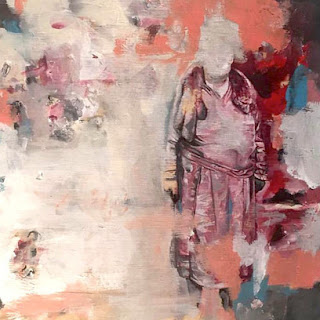 As well as finding amazing artists who are really involved in the significant processes of creation, Li bucks this financial orientation and trend by trying to keep the art at her gallery affordable and by working with buyers who want art for all the right reasons. I’m not a PR rep or a salesman, but if you have some extra dough and want to support genuine artists and  galleries, and want to own something thought-provoking to share with companions, visiting Amy Li Projects or other galleries of this type would be well worth your while. ‘Invest’ in pharmaceuticals, ‘support’ art. The show by Smith is going to be extended a few more days and you can see it at 166 Mott Street and you can reach Amy LI through her website at www.amy-li.com 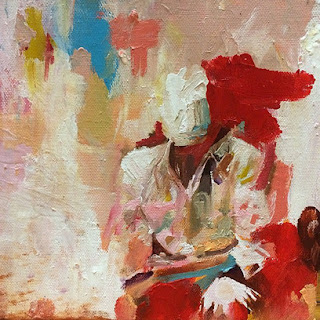