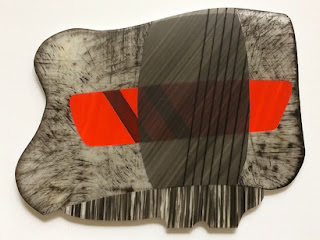 When Al Loving abandoned the geometric painting that had garnered him a solo show at the Whitney, he abandoned his place in the established and respected circle of white artists he had been affiliated with. Loving stated that he wanted to see what creating art as a black man from the black experience might be like, and the trajectory of his commercial career plummeted. As was the case with Norman Lewis, it was felt that Loving was now indulging in a limited type of black esotericism instead of shooting for the ‘universal human statements’ the white guys purported to be offering. In reality, the black experience of enduring and responding humanely to forms of oppression offered the most universal response and Loving attempted to convey this through his torn canvas pieces and other works during the rest of his life. Nanette Carter was deeply influenced by Loving, who was her mentor for many years, and has adopted some aspects of Loving’s technique, but most notably replaces Loving’s materials with oil on mylar. To a great extent she carries on the language Loving attempted to create to express the black experience through abstraction. This language was born, partially, from the African American quilting tradition as well as a tradition of thrift and recycling to express poverty, adversity and conflict as well as the joy of community and the moral and spiritual insights that one gains by standing in opposition to a dominant culture of excess, violence and bigotry. 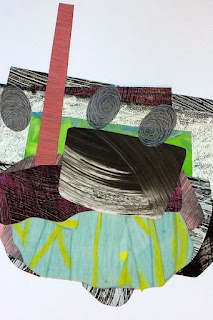 Carter’s mom was a dance teacher who often designed and sewed her own outfits and when Carter was a child she was influenced by how her mom worked in differing materials to create fanciful articles of clothing for performances. This mirrors, to some extent, the fact that Al Loving’s mom was a quilt-maker. She was also fascinated by landscapes she noticed from airplane flights and how fields suddenly changed shape, color and texture for unknown reasons. Her father was in politics, and from the visitors to their home, and the discussions that ensued, she became interested in social and political issues in her native New Jersey as well as in the US and the world. So Al Loving, dance outfits, landscapes and local politics were some of the factors that pushed Carter beyond a type of figuration that has been more common among African American artists and into a type of collage-like abstraction. 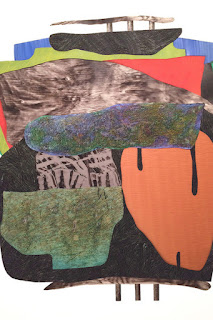 Carter’s current show at Skoto Gallery is called An Act of Balance and is inspired, to a great extent, by the cantilever. Indeed, these pieces are from her Cantilever series. This is an architectural term for some type of structure, like a beam, that is only connected on one end, but which can support a substantial amount of weight. Any cantilever is going to look suspicious and risky; ideally you would like to have that type of support held in two places, and so it becomes a perfect type of metaphor for lives under stress and pressure, or folks who are struggling against odds to not only hold their lives together but to somehow prosper, succeed and maybe even change things for the better around them. 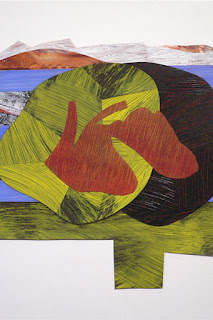 In many of the pieces you see small structures jutting from the bottom of the piece which are meant to have contact with the ground, often with cantilever devices above them, followed by bulky masses of differing textures and colors rising up. One gets a sense that in order for the bulky, accumulated bunch of things not to fall over one must engage in a rigorous, continual and vigilant balancing act (thus the title of the show). In some pieces these small structures from the bottom seem to serve as invisible sources of strength rising with the bulky materials like the lattices which support vine-like plants. Carter seems to ask us what these sources of strength might be in our lives, what comprises the bulk supported by these lattices? 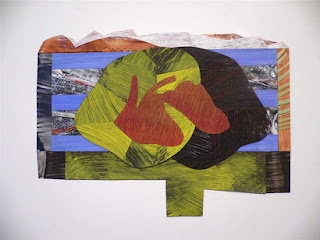 To me, the source of strength for any one or group that is suffering is the hope or desire that one is a strong enough cantilever that can endure and rise above and then become the agent for change one wants to see. In Carter’s pieces we see that these structures do not represent the stability anyone might have craved, but this could be one’s current reality, and it might be one of the necessary stages some of us are both cursed and blessed with in our development to become more compassionate and humane actors in a thoroughly corrupt world. 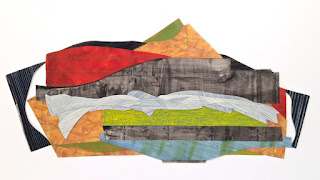