Information and image, the homeless in London: Bryan Adams at Atlas Gallery, London 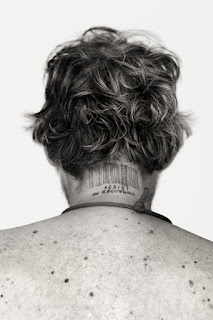 Unlike major cities in the USA, the city of London made a concerted effort to assist its homeless population during the early stages of the Covid-19 pandemic. For folks who were sleeping on the streets, the city government rented hotel rooms and provided food for the lockdown. “Everyone In” brought in 6 times the usual number of homeless and some of these folks were moved to permanent housing. In New York City, the state government did little to nothing for the homeless and passed a law to keep them from riding the subway all night. Chicago did nothing and the homeless flooded the subway system after midnight, providing an unsafe environment for themselves and the hapless travelers going to one of America’s busiest airports for redeye flights. Thus, it is estimated that a homeless person during the pandemic in the USA was two to three times more likely to die of Covid-19 than people in the general population. 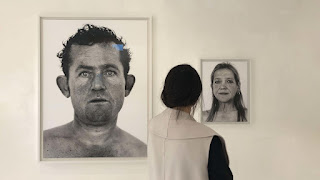 Although Great Britain showed much more concern and compassion than the USA, Bryan Adams and Atlas Gallery of London still seemed to feel it was a good time to remind folks of the problems facing the homeless during these harsh times and to ask whether enough is being done. Indeed, there was a significant surge in the numbers of rough sleepers in the last part of 2020 and first part of 2021, about half of them on the streets for the first time. It is feared that once Covid-19 is finally eliminated, support mechanisms will be removed and homelessness will become even worse in the city. What is to be done for the homeless after the pandemic? Will they simply go back to sleeping in the streets? During this period of time when compassion has been cultivated to save the lives of our most marginalized and vulnerable, will we just go back to an unacceptable normality with the homeless? Did we just experience a temporary compassion to fit the needs of the pandemic and soon we will be back to what was? 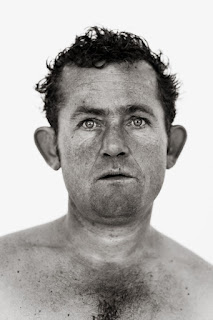 Adams’ photos are stark and uncompromising as the subjects often face the camera naked (to ostensibly divorce them from the visual trappings of their social status, location and time period). Engaging the photos becomes a combination, therefore, of pre-established information and raw image. So we come to each photo knowing that we will see a homeless person and this necessarily alters how we engage the image even without visual trappings. Perhaps this is the perfect process to push us to examine the prejudices or preconceived ideas that we bring to these folks. The photos might confirm what we already feel or disabuse us of misconceptions. But we have to ask: What do these photos do to us in relation to what we already know, believe or feel? 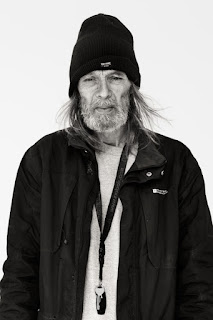 So Adams is not proselytizing or arguing so much as he is asking us to become aware of our own emotional responses and how they are triggered. He might be asking what is necessary to change our pre-established conceptions. Can such a raw image do it, or does the image become corrupted based on what we believe? What kind of cognitive baggage do we carry around with us ready to impute on others who have not been as fortunate as us? How does the information we possess affect what these photos can do to us? Can we begin to see in these images what puts people off about the homeless? Can we recognize what alienates us from these folks who stand unassumingly in front of us? What stops us from real moral and social action concerning this group of “outsiders”? How much emotion should we feel staring at these images – is it emotion they solicit? Are these photos soliciting anything from us? What makes us feel or stops us from feeling a sense of responsibility while looking at these photos? 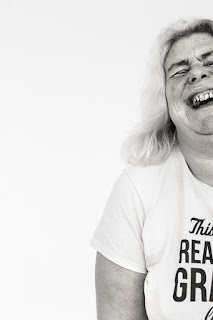 Indeed, these are photos of homeless folks who have taken action to improve their circumstances by selling copies of The Big Issue. The Big Issue is a periodical that can be sold by the homeless to earn income. The seller pays a small amount for each issue, but sells the issue at twice that fee. Thus, this is a venture completely centered in a business operation and not a process of begging. This enterprise was begun in 1991 and spawned successful copycats around the world. A little bio is available concerning each of the sellers depicted and the bios mirror the prevalent causes of homelessness. There are, in fact, three big reasons for homelessness – drug and alcohol abuse, mental illness and just plain bad financial luck. Sometimes there are combinations of these three factors or one factor leads to another factor which becomes a negative feedback loop. So the information we bring to each photo also can have an optimistic element as we know these are folks who have suffered, could have given up, but are taking action. This is, perhaps, why we see smiles or glimpses of smiles on some of the subjects. 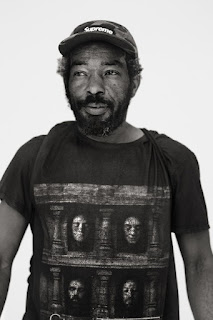 To me this show is all about the information we get and bring to the visual image, the limits of the image itself, how we feel compelled to supplement images instead of absorbing them and whether a lot of this is trustworthy. We can either do a conscientious job by learning as much as we can about those in need and avoiding petty cynicism, or we can do an irresponsible job by clinging to misconceptions and buying into hate. The show seems to be about the need to continually search for the truth about those who have been harmed and neglected by our society. The photos demonstrate that folks in dire need exist and if we truly care about them beyond the pandemic, we will learn what it takes to fully tackle homelessness as the long-persisting social evil it has been and always will be. 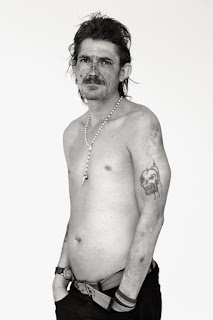