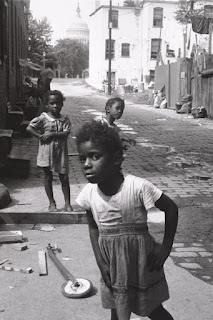 The social situations that mainstream America wished to avoid dealing with were what Marion Palfi gravitated toward from the time she arrived in the US during World War II until her death in 1978. Having escaped from a totalitarian society, her great expectations of America were shattered soon after. She would not merely settle in where racism, violence, greed and poverty were a strong but hidden undercurrent. She discovered and was shocked by the American paradox: even with “freedom” and equal protection under the law, social and economic injustice were not only still possible but rife. Within the context of the Constitution, some in the US could exploit the system and make others live in misery. Palfi’s photos ask us what factors were and still are at work to vitiate the ideals of the great American experiment.

Palfi’s commitment to revealing this American paradox, and her aesthetic and journalistic sensitivity, make her one of the most interesting photographers in post-World War II America. She is also one of the most neglected. Freedom Must Be Lived: Marion Palfi’s America is the first solo exhibition of Palfi’s work since a retrospective at the University of Kansas in 1973. It has been organized by the Phoenix Art Museum and the Center for Creative Photography (CCP), University of Arizona, and is drawn from the CCP’s Marion Palfi Archive. Much of the archive was lovingly donated by Palfi’s husband, Martin Magner, who was also an émigré from Nazi Germany and who worked for NBC and CBS, directing innovative and socially committed TV shows.

According to the CCP’s bio, Palfi was born in 1907 in Berlin. Her father came from an aristocratic background and was a German theater producer and director. She received a privileged education and briefly pursued a successful career as a model and actress. Yet, Palfi abandoned all of this and began an apprenticeship at a Berlin photographic portrait studio (perhaps due to the politicization of popular culture at that time). By 1932 she had opened her own studio, which she moved to and operated exclusively out of Amsterdam until just before the German invasion of Holland in 1940, when she fled Europe for the USA.

She valued the diversity she found in the USA, and she felt great compassion for the suffering of folks because of their minority status. Her breakthrough project was Great American Artists of Minority Groups and Democracy at Work through which she met her dear friend Langston Hughes. Other highlights include her photo essay on Jim Crow laws and lynching There Is No More Time (1949), Children in America (1950), Suffer Little Children (1952), her inclusion in Edward Steichen’s The Family of Man show at MoMA (1955), You Have Never Been Old (1959), and First I Liked the Whites, I Gave Them Fruits (1967). Palfi called herself a “social-research photographer” who often immersed herself in a community while documenting its challenges and hardships. She did photo-essays, exhibits and books dealing with racism, segregation, poverty, prison conditions, neglect of the elderly, child abuse and the lives of Native Americans. Her work was used by activist groups to press for social change. 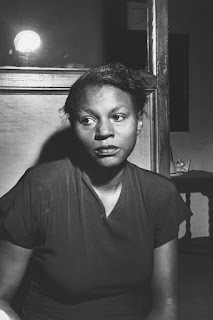 In her photo Josie Mill, Wife of a Lynch Victim, Irwington, Georgia (1949) we see a woman whose husband has just been dragged from a jail cell and hanged by an angry white mob. We are engaged by a photo of a suffering person with no recourse to justice in a country that calls itself a nation of laws. Yet, we can never be fully engaged or understand the horror of this person’s experience. Her eyes are averted in an act of furtive agency, a possible show of covert moral judgment, a ploy to hide a sickening awareness of the horror or her shock and grief. Although little action is accorded to her, she retains her humanity and awareness of the wrong that has occurred. We do not, however, see anger or hatred, unless this is being strategically concealed as well.

Palfi shows what are we left with when nothing can be done and one is left at the mercy of an inhumane community. This is what she saw in Nazi Germany and did not expect to see in the country that fought and destroyed the Nazis. The victimizers are never present in her photos, they scurry off to their homes; we just see the effects of the harm. In Somewhere in the South (1946 – 1949), we see a hidden agency again, as the two black bus riders openly show discomfort at being forced to remain silent lest they be beaten or lynched. We do not see nor need to see the white riders, their presence is clearly shown in the distress and silent anger and resentment underlying the expression on the faces of the riders.

In Nurse George, Louisville, Georgia (1946 – 1949), we see a black woman tending to white children with care and concern. There is, of course, great irony here as black women were often compelled to tend to the young of white women and did so with loving kindness. The eyes of Palfi’s subjects are often the keys to a deeper understanding of her work and in the background we see a white child staring at the nurse. What does she feel toward Nurse George? Will she grow up to harbor racist feelings regardless of this selfless care? How could that happen? What must this girl be thinking?

In the Shadow of the Capitol, Washington D.C. (1946 – 1948), we see three black children in an alley or narrow street within sight of the seat of American power. Implicit in the photo is their own lack of representation as one of the children looks at the camera askance. In a 1949 photo which was untitled, we see an African American woman outside standing next to a post of wood which seems reminiscent of either a gallows or a church pillar. Is it concern or anger she inadvertently shows as she experiences this moment of apparent privacy? And what of the woman in the photo Greenwood, Mississippi (1963)? Her arms are raised as if to say that she is innocent, harmless, while her expression, again, is stoic and deliberately, perhaps, not revealing her real emotions.

In Case History (1955 – 1957), we see an elderly woman eating among a large group. Her life now takes place amid groups of strangers of her own generation. Is she savoring the meal? She seems to have a faint smile on her lips. Is she grateful or is it just in human nature to make the best out of any situation? In Manhattan State Hospital (1955) we see another group of elderly women biding their time in an institutional setting, one of whom seems to be moving in a determined direction toward something. This movement seems to disrupt the organized placidity of the setting. 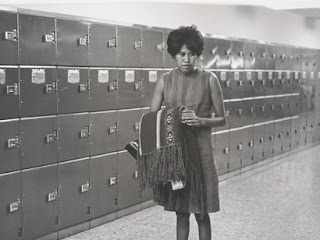 In At Madera, California the Bureau of Indian Affairs Has a New School “To Change the Indian Is Our Job!” New Arrival (1967 – 1969), the new arrival is a young Native American woman with a new hairstyle and western clothes, still clutching onto an article of traditional clothing. We see intense anxiety and concern on her face. The lockers symbolize the harsh and sudden change expected of the new arrivals. In (Navajo Relocation: Leaving Home (1967 – 1969) we see another sudden change as a family moves from one desolate area of reservation land to another. The Navajos had been famed for their horseback riding skills and lived a semi-nomadic existence until the tribe was forced to relocate to a desert area. To this day 2.5 million Native Americans live on reservations where their culture was displaced. About 27% live in poverty, 40% of housing is inadequate, 30% of housing is overcrowded, 50% is not connected to a public sewer and it is not uncommon for Native American families to not obtain basic utilities like clean water. 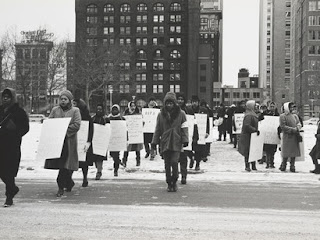 Why has Marion Palfi been so neglected by art writers and historians? My best guess is the still lingering sexism in the art world. We know about Louis Hine and Jacob Riis. In fact, when I Googled “socially committed photographers” I found a long list of men with only one woman – Diane Arbus. Palfi certainly has a body of work that deserves to be placed among the best photography dealing with social issues of the 20th century. Every art writer who cares about diversity in the arts and equal representation of all races, ethnicities and genders should take a look at this show and help Marion Palfi rise to the status she truly deserves. 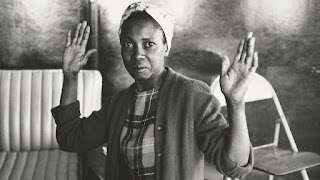 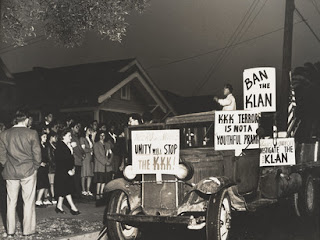 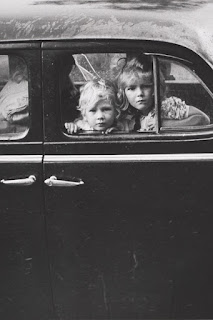