After Nature by Susan Hockaday at Soho20 Gallery in Chelsea 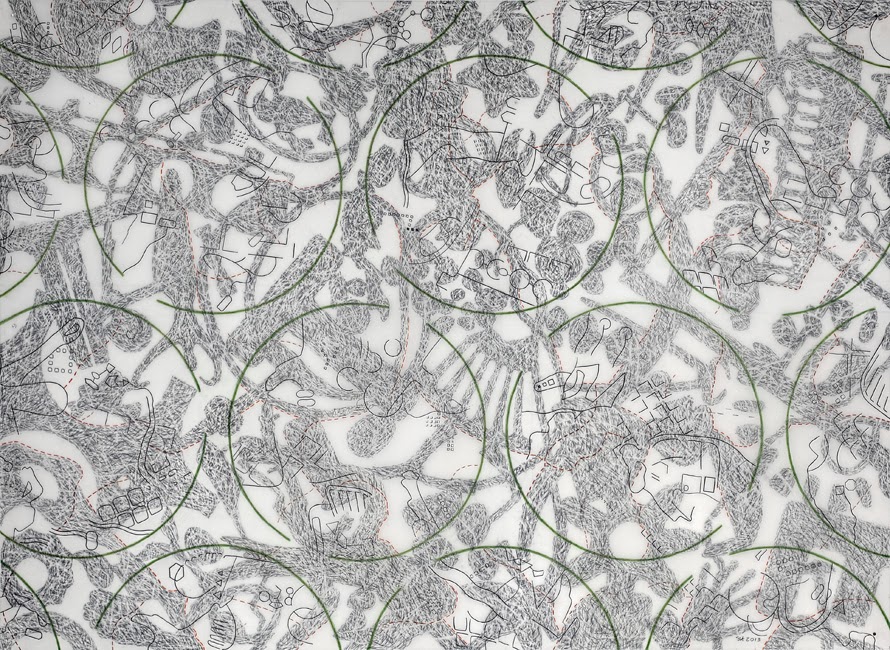 Children’s books are often not really meant for children.  For example, in the Wizard of Oz, did you ever wonder why Dorothy is accompanied by a tin man, a scarecrow and a lion?  Apparently the author, Frank Baum, was a believer in the hugely popular Theosophy movement of the late 1800s.  This was a spiritual development movement created by Madame Blavatsky, who wrote that the human mind must pass through stages she labeled (for some reason) mineral, vegetable and animal. Before true awareness and fulfillment might occur, one had to go through each of these stages.  So we get the Tin Man as Dorothy’s mineral capacity, the Scarecrow as her vegetable capacity and the Lion as her animal capacity, all leading her to the Wizard.

I mention this because Susan Hockaday, in her “After Nature” show at Soho20, calls one of her pieces: Mineral, Vegetable, Animal, Plastic.  I’m guessing that to a Theosophite this would be a bit counterintuitive and pretty much mess up the whole spiritual equation – unless the Wizard symbolized the same thing as plastic…I don’t know.  But in that particular piece by Hockaday, she is literally concerned about the fact that our plastic trash is being integrated into the food chain and, ultimately, absorbed by humans.  So the food cycle also now includes plastic (which breaks down into little particles in the ocean before being ingested by fish) whether we like it or not. We dump our plastic garbage, hope it disappears, and then we eat it later. In her Off Shore - 2 photograms she presents the eerie fact that there are islands and colonies of plastic junk floating through the oceans, via various currents, which, basically, mimic the movements and patterns of marine life.  The functions of post-industrialized globalized capitalism work beautifully in some countries to ensure universal nutrition, healthcare, leisure, comfort and even meaningful activities, except for the one flaw in the system unique in humanity’s long history – materials are being created that are more permanent than the most permanent organic material (even more permanent than, say, bones) but these materials are not absorbed back into nature in a healthful or even benign way.  No one seems to have adequately determined what to do with these materials and the more we try to hide or bury them the more deeply they become embedded in our personal lives. 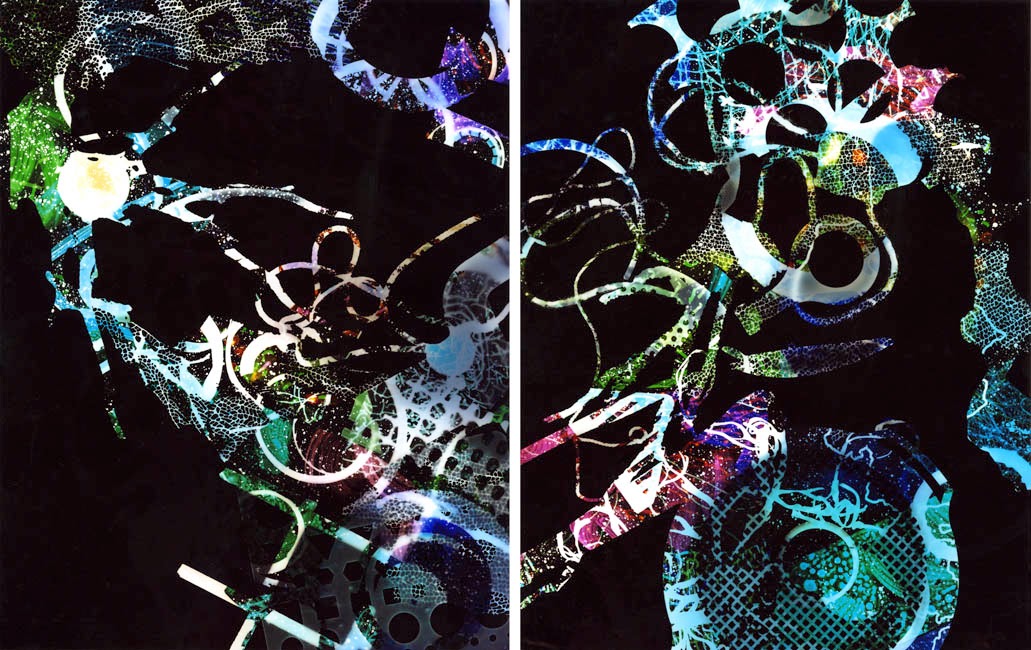 In Strange Weather she shows that even if we look at the night sky and are affected with a sense of tranquility and awe, in reality the lower reaches of space are littered with human-made objects and space junk. This ties in with the overall theme of the show: concomitant with our global economic development is an irreversible process that seems to be imitating, destroying and replacing nature.  Indeed, the process is so insidious because it is often imperceptible on a personal level. 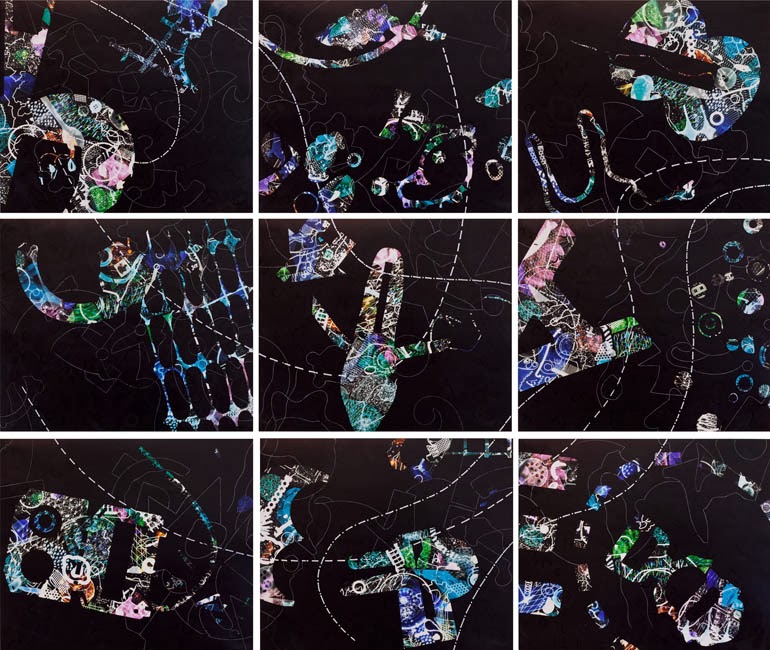 The challenge, of course, in creating socially committed art about an environmental issue, is to avoid being trite and predictable and to present the dilemma in a novel, relevant and engaging manner.  The work of Hockaday does this by making these imperceptible processes more perceptible and more unacceptable.  In some of her pieces you can identify the individual objects that are floating in colonies throughout the ocean, and you see combs, buttons, plastic spoons as part of pseudo-organic structures or patterns.  She clearly conveys the palpable realization that many previous cultures left without a trace but we are unique in that we are leaving imperishable by-products made up of the littlest bits of useless trash while adversely altering ecosystems and hastening global warming.

Soho20 began as a female-centered gallery in the early 70s, and has consistently presented socially aware and socially and environmentally committed work. Hockaday’s current show is a good example of the high quality of work this gallery has become known for.
Posted by Daniel Gauss at 3:35 PM